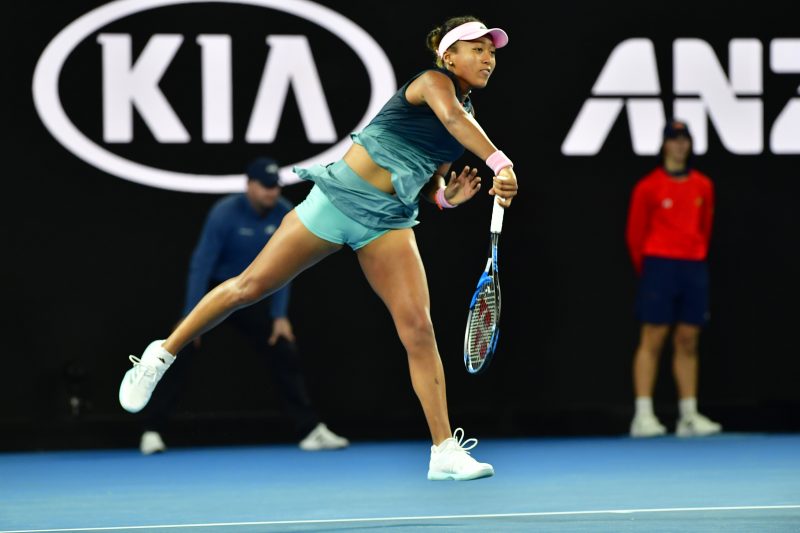 Besides her sensational rise up the world rankings, Naomi Osaka has established herself as one of the most sought after players in the world of tennis.

Her introverted personality and down to earth comments are ones that intrigue many. 12 months ago at the BNP Paribas Open in Indian Wells, she made headlines with what she described as ‘the worst acceptance speech of all time.’ Whist she may not have loved it, many others did. The words following her triumph at the tournament where she defeated Daria Kasatkina to win her maiden WTA title at the age of 20. Becoming the first Asian player – man or woman – to do so.

“I was just here to have fun, maybe make it to the quarters,” the tournament website quotes Osaka as saying about her run to the title. “It sounds bad saying it, but it’s true, because I had never really gone that far in a tournament like this. I just kept playing great players in every round and I was just, like, ‘I’m here for a good time,’ you know? But then I kept winning. I thought, ‘Whoa, maybe I can actually win this tournament.’ I did.”

That run was the start of Osaka’s rapid rise as she went on to win both the US Open and Australian Open titles. Within a year, she had risen from 72nd to world No.1 at the age of 21. A performance that saw her win the Laureus Breakthrough of the Year award in February.

Whilst still adjusting to her newfound fame, Osaka knows she will be under pressure in Indian Wells this year. Not only is she defending a WTA title for the first time, her No.1 spot is also under threat. Heading into the draw, five players have the chance of finishing the tournament in top spot. Not that Osaka is fazed by it all.

“All the people around me are super supportive,” Osaka told reporters on Thursday. “They’re not talking about ‘title defense’. We just want to keep moving forward. It’s not about defending, it’s about getting another one. That’s how our minds are and how it might be different than other people.”

Guiding Osaka on the tour is recently appointed coach Jermaine Jenkins. A national coach for the USTA, who previously worked as a hitting partner for Venus Williams. Speaking about their collaboration, she describes him as her ‘strict older brother’ whilst speaking with Japanese media.

“I feel like I’m getting stronger, and when you get stronger you get better,” she explained. “At the same time, it’s really fun to practice with him because he’s strict, but he’s not afraid to make jokes.”
“He’s like a strict older brother who wants the best for you, but he’s kind of mean about it, but at the same time he cares about you.”

The first test in Indian Wells comes in the shape of France’s Kristina Mladenovic. A player who defeated Osaka in Dubai last month. Mladenovic set up the clash following a straight sets win over China’s Zheng Saisai.

“It’s going to be a brand new match. The conditions are completely the opposite to what they were in Dubai: different balls, different surface. I’m sure her game suits well here as the defending champion, and I’m sure she wants to build on some wins again. I’m going to go out there confident, show a fight, and execute as well as I did a few weeks ago.” The Frenchwoman commented after her win.

A Barbie girl in a tennis world

Osaka’s impact hasn’t just been on the court. She has become the latest athlete to have their own Barbie doll. The ‘Shero’ collection features female figures who have made significant achievements in the world. To mark Barbie’s 60th anniversary this year, 20 new role models have been made. Including one of the two-time grand slam champion Osaka.

“Having that chance to represent people that might not think that they could be represented, that’s a really important goal of mine,” said Osaka.
“It’s a little bit surreal because last year nothing like that would have come my way but this year I have opportunities like that,” she added.

Besides Osaka, other women to be included in the collection are body activist Ashley Graham, film director Ava Duvernay, and supermodel/activist Adwoa Aboah.

Osaka will kick-off her Indian Wells campaign against Mladenovic on Saturday.

Osaka’s results on the tour since winning Indian Wells