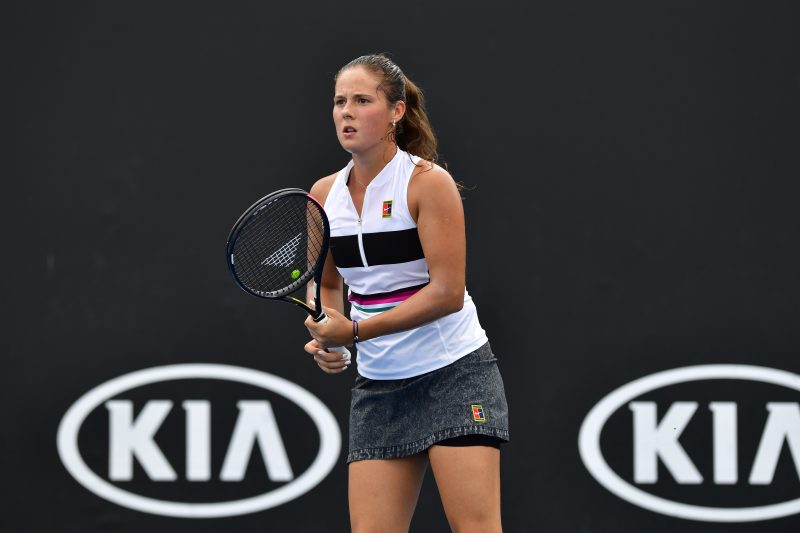 When she arrived in Miami last year, Daria Kasatkina had already won 13 matches and had just played in the biggest final of her career at Indian Wells.

This time, it was a very different story, as she started her second round match in search of only her fourth win of the year.

Encouragingly, the Russian beat 15-year-old star-of-the-future Cori Gauff 6-3 6-2 to give herself something to build on.

But the optimism did not last long. Kasatkina failed to hold serve at any time during her humbling 6-3 6-1 loss to Venus Williams.

It was an extraordinary performance for all the wrong reasons, and it is easy to imagine just how depressed the Russian will be feeling about it.

Furthermore, the ease of the scoreline does not make sense when compared to the players’ three previous encounters.

All those matches, at Wimbledon, Indian Wells and Auckland respectively, were closely-fought contests that went the distance. In addition, Kasatkina won two of them, which makes the contrast even starker.

Given this evidence, it is clear something is not right with the Russian, and she will need to find a way of regaining her form soon to avoid a dramatic slide down the rankings.

Mertens, Sevastova and Collins Crash Out 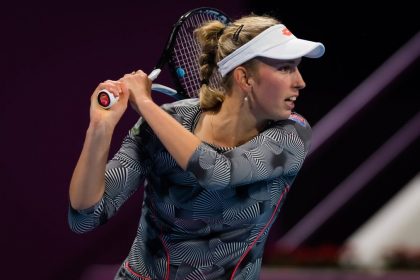 In February, Elise Mertens produced the best tennis of her life to beat Kiki Bertens, Angelique Kerber and Simona Halep and claim her first Premier title in Doha.

Since then, she has suffered one first-round loss and two second-round losses. The latest of those came today against Marketa Vondrousova.

It was a close encounter, and there was nothing to choose between the two players until the Czech teenager earned a break in the ninth game to move 5-4 ahead.

The second set was even tighter. Both players served better to take it all the way to a tie-break, which Vondrousova won.

Anastasija Sevastova also experienced an unexpected loss. She was defeated 1-6 6-2 6-3 by Yulia Putintseva.

Although she played well in the first set and a half, she was unable to sustain that level throughout the match and her Kazakhstani opponent took full advantage.

Danielle Collins became the third seeded casualty of the day when she lost 7-5 6-1 to rising star Wang Yafan.

The Chinese player has enjoyed an extraordinary recent run of results. She beat Donna Vekic and Sofia Kenin en route to her first WTA title in Acapulco.

Wang then beat Kristina Mladenovic and Elina Svitolina, both in straight sets, to set up a meeting with Collins. In the last 16, she will face the highest-ranked player from her country: Wang Qiang.

Simona Halep Struggles But Prevails Over World No.93 Hercog In Miami Open Epic 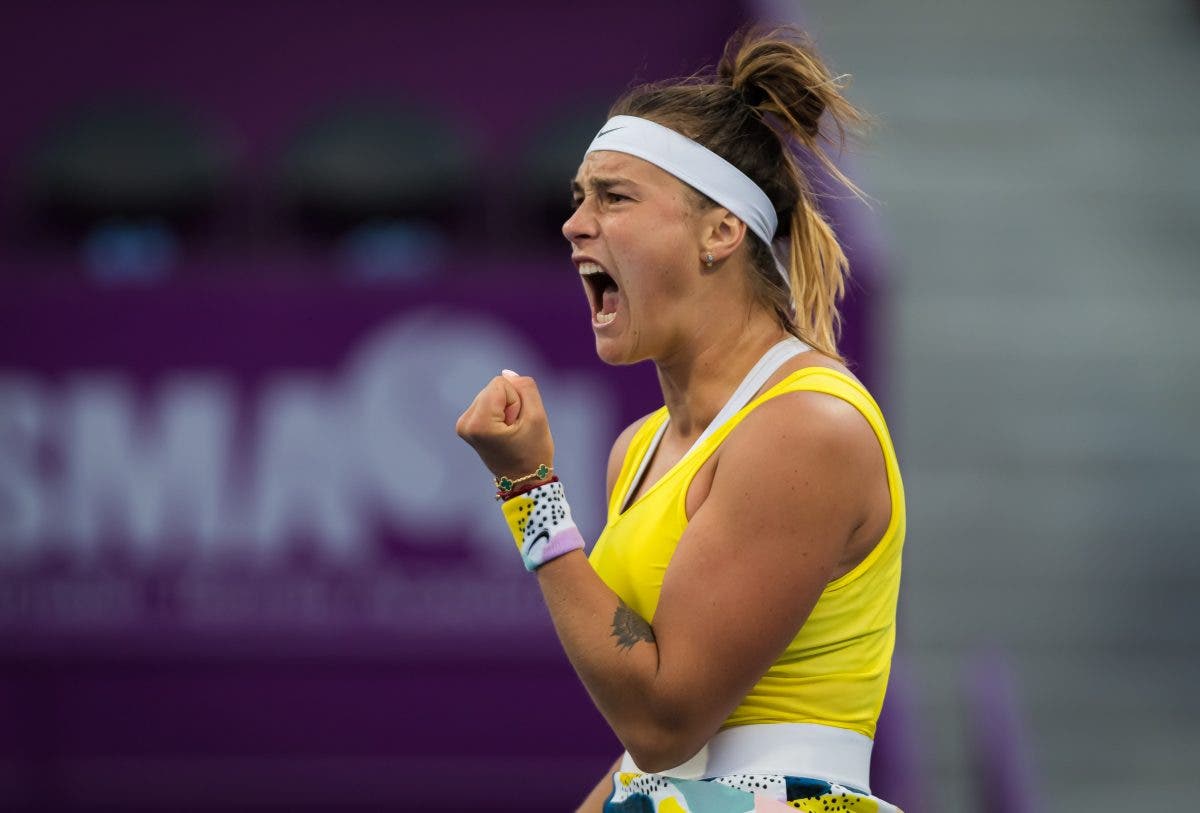 Aryna Sabalenka, Elise Mertens and Dayana Yastremska grab the headlines at the Upper Austria Ladies in Linz, the final tournament of the WTA Tour season.

World number 15 and top seed Sabalenka will be aiming to win her third title of the season after Doha and Ostrava. She beat Jennifer Brady in the semifinal and US Open finalist Victoria Azarenka in the final in Ostrava.

Sabalenka will start her Linz campaign against world number 94 Jasmine Paolini from Italy and could face Lexington finalist Jill Teichmann in the quarter final.

Ukraine’s Dayana Yastremska has been drawn in the top half of the draw. The number 3 seed reached her first Premier-level final in Adelaide. Since the tour resumed last August Yastremska has reached the quarter final in Palermo and beat Venus Williams at the Western and Southern Open in New York, but lost to US Open semifinalist Jennifer Brady in Ostrava. Yastremska won three WTA titles in Hobart, Thailand and Strasbourg in 2019.

This year’s US Open quarter finalist Elise Mertens from Belgium will open her Linz campaign qualifier Anhelina Kalinina before a second-round match against either Vera Zvonareva or Ukrainian teenage Marta Kostyuk, who broke into the top 100 for the first time in her career. Mertens and Sabalenka lifted their first US doubles title in 2019 and the Ostrava doubles trophy last October.

Last year’s Linz champion Coco Gauff will not defend her title as she ended her season after losing to Sabalenka in the third round in Ostrava.

How Will ‘Healthy’ Andreescu Deal With Expectation In 2021?

Bianca Andreescu will look to deal with the expectation of being a grand slam title when she returns in the new year. 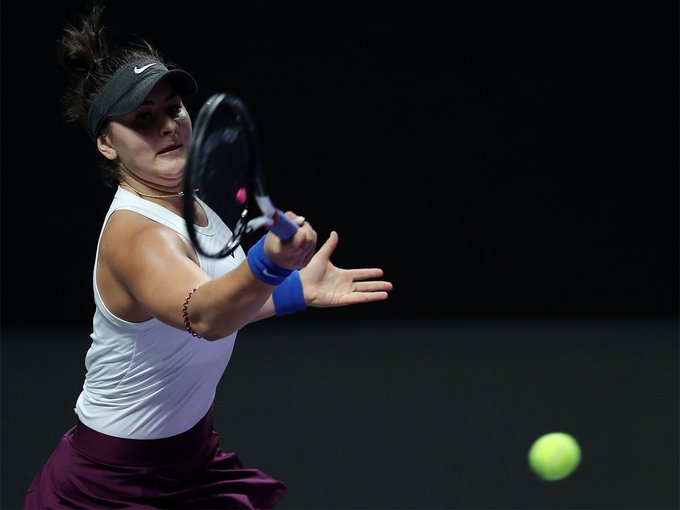 After missing the 2020 season due to injury, Bianca Andreescu will enter the 2021 season healthy and with a lot of expectation after a breakout 2019 season.

In a year, which has been disrupted by the COVID-19 pandemic, the WTA season has seen proof of how strong the depth is on the tour.

There have been two new grand slam champions crowned in Sofia Kenin and Iga Swiatek as well as the rejuvenation of Victoria Azarenka’s career as well as many other players making their mark on the tour.

However one player, we have not seen in 2020 is Bianca Andreescu with the 20 year-old Canadian taking the year to nurse her knee and foot injuries.

With the COVID-19 pandemic, Andreescu used the hiatus to continue her rehabilitation of her knee injury suffered at the 2019 WTA Finals. Just as it looked like Andreescu was ready to defend her US Open title a foot injury derailed her comeback.

However it looks the US Open champion looks to be ready for the 2021 season, “I’m doing really well,” Andreescu told Alize Lim in the latest episode of Major Talk.

“The virus kind of pushed me back, and some little personal things here and there, but right now I’m good, I’m training hard, I’m really looking forward to 2021.

“I’m perfectly healthy. I just really wanted to take time to build everything in my life and I think this time off really helped me do that.

“I wouldn’t say I am ready tomorrow to play a match because I am taking it step by step, but maybe in a couple of weeks I will be good. I don’t want to rush anything but I’m feeling good.”

Practicing at the Patrick Mouratoglou Academy and in Monaco, Bianca Andreescu looks to be fitter than before as she looks to return in Australia in 2021.

But the question now is how will Andreescu deal with the expectation that will be placed on her shoulders.

Having won three titles in 2019 including the US Open, Bianca Andreescu looked unstoppable when fully healthy. Her mentality, confidence and variety on the tennis court gives her all the tools to outsmart her opponents.

The only problem is that she isn’t the only player who has these attributes on the WTA Tour with the likes of Sofia Kenin and Iga Swiatek now proving that they can perform with conviction on the biggest stages.

It is now a stronger WTA Tour that Andreescu has to battle against in a bid to prove that she is the strongest player of the current generation. Her and Naomi Osaka are being looked at to win 5-10 grand slams, the pressure is now on to deliver when it matters.

We will find out in 2021, whether Andreescu can mentally and physically deal with being a consistent world class player. The Canadian will play the Australian Open, which starts on the 18th of January.