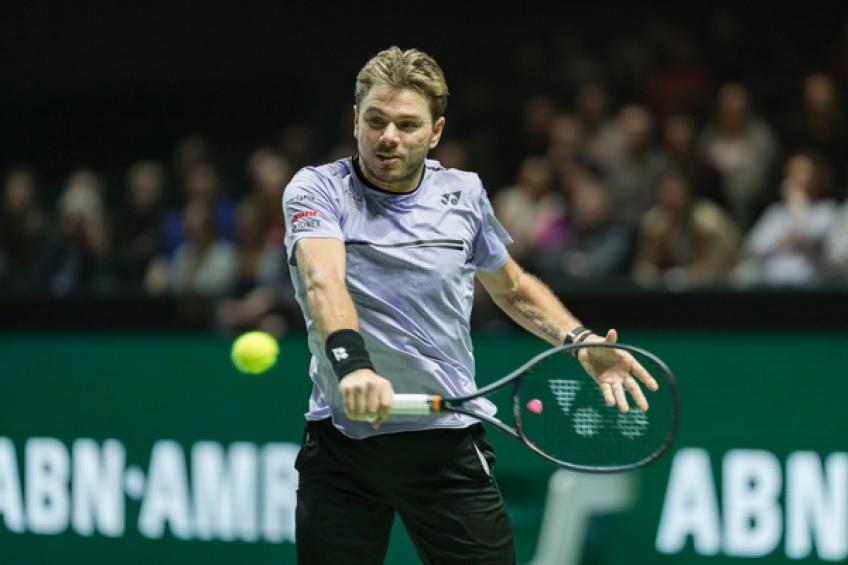 Stan Wawrinka stopped a three-match losing streak against Milos Raonic with a 6-4 7-6 (7-4) over the Canadian player in one hour and 37 minutes in the first evening match to reach the quarter final at the ABN AMRO World Tennis Tournament.

Wawrinka, who won the Rotterdam title in 2015 beating Tomas Berdych in the final, avenged his recent defeat against Raonic, who won their recent head-to-head match in the second round at the Australian Open by the scoreline of 6-7 7-6 7-6 7-6 en route to reaching the quarter finals. Stan the Man converted his second match point to improve his win-loss record to 5-3 in his eight head-to-head matches against Raonic. It was Wawrinka’s first win over Raonic since Rotterdam 2015.

The Lausanne player won 91 % of his first serve points and hit 27 winners. He dropped 13 points in his 11 service games and saved the only break point he faced.

Wawrinka got the only break of the match at 30 in the third game with a deep return and held his service game after saving a break point after a fantastic rally at deuce to open up a 3-1 lead. The three-time Grand Slam champion hit 11 winners and dropped just two points on his first serve points. Raonic held his serve in the fifth game after five deuces. Wawrinka never looked back in his next three service games to win the first set 6-4.

The second set went on serve with no break points and came down to the tie-break. Wawrinka hit a forehand passing shot to get the first mini-break. Raonic pulled back the mini-break, but Wawrinka sealed the tie-break 7-4 with a crosscourt forehand winner.

“I was moving way better and reacting better than the past three matches against Milos. I was feeling great physically, so that i show I can start to engage the rally. I was returning better because I reacted better and that gave me way more chances to be aggressive”, said Wawrinka.

Wawrinka will face Denis Shapovalov, who beat this year’s Doha finalist Tomas Berdych 6-4 6-3 in 1 hour and 17 minutes. Shapovalov hit 33 winner to 23 unforced errors. The young Canadian lost 10 points in nine service games and faced only one break point in the whole match. Shapovalov converted four of the nine break points.

Berdych saved three break points to hold his serve for 3-2 after three deuces. Shapovalov came back from 30-40 down to get his first break in the seventh game at deuce for 4-3 after a forced error from Berdych and held his next two service games and hit four winners to close out the first set 6-4.

Shapovalov went up a set and a break at love in the third game with a deep return to take a 2-1 lead. Berdych broke back in the sixth game to draw level to 3-3. Shapovalov broke twice in a row in the seventh and ninth games to wrap up the match 6-3.