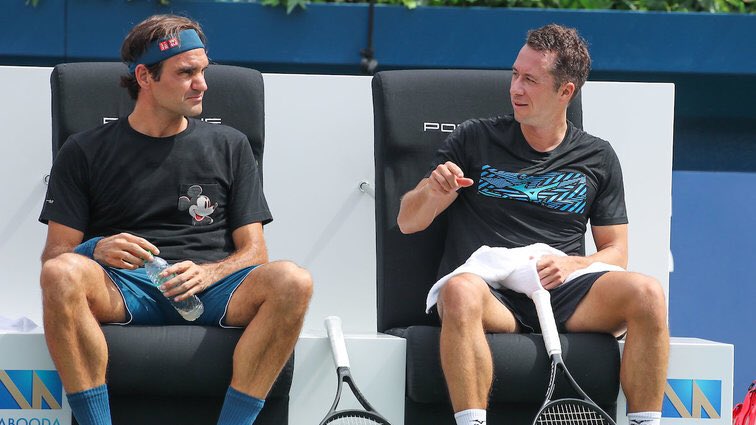 Seven-time champion Roger Federer is set for a tricky path to the Dubai title as he takes on Philipp Kohlschreiber in the first round.

The Swiss maestro will be playing his first tournament since his Australian Open defeat to Stefanos Tsitsipas as he looks for an eighth title in Dubai.

Should he make the quarter-finals, Milos Raonic will await Federer as a tough task awaits the now world number seven.

The likes of Karen Khachanov and Borna Coric also await the second seed in the bottom half of the draw, with the Croatian and the Russian starting the season off slowly.

They both tricky first rounds as Khachanov takes on the powerful Nikoloz Basilashvili while Coric will be facing in-form Mikhail Kukushkin.

In the top half of the draw Marin Cilic will be making his return to the tour after recovering from a knee injury that he suffered at the Australian Open.

Although his return isn’t met with the easiest of starts as Rotterdam champion Gael Monfils will face him in the first round.

The Frenchman has a 3-0 head-to-head record against Cilic and will be relishing the challenge of another win over a top 10 player.

Stefanos Tsitsipas, Kei Nishikori and Daniil Medvedev all make up the top half as they look to challenge defending champion Roberto Bautista Agut in Dubai.

Speaking on the field here is what the executive vice chairman and chief executive of Dubai Duty Free, Colm McLoughlin, had to say, “We are delighted to welcome both old faces and new to the Dubai Duty Free Tennis Championships,” he said to The National.

“Everyone will be keen to see if Roger Federer can win the title yet again, or if a new name will be added to one of the most sought-after trophies on the ATP Tour.”

You can see the draw below, with play starting on Monday: