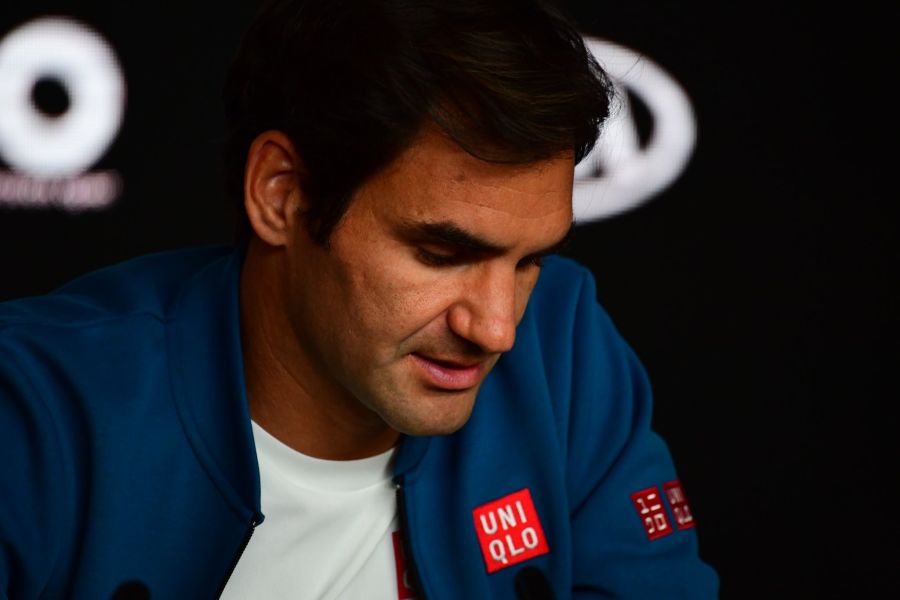 Seven months into Roger Federer’s sponsorship deal with Uniqlo, the former world No.1 has starred in what some are claiming to be his worst ever appearance in an advert.

Earlier this week a new campaign fronted by Federer went live online. Uniqlo has chosen to use the 20-time grand slam champion to front a multimedia campaign to promote their £35 EZY Jeans and other comfortable clothes they sell. A 31-second advert tells a visual story of Federer ‘enjoying life at home in jeans,’ according to campaignlive.co.uk.

The video starts with Federer playing the piano. To be more specific, the 37-year-old was playing the opening bars to ‘Prelude No 1 to Well Tempered Clavier’ by Johann Sebastian. During the advert, the 37-year-old spoke about how he didn’t begin to ‘truly start’ winning until he began ‘making time for himself.’ A somewhat meaningful message the campaign is trying to get to its audience. However, as for the link to the jeans, he concludes with “my life, my jeans. Authentic jeans with all day comfort.”

Unfortunately for both Federer and Uniqlo, their advert hasn’t received widespread acclaim. In some cases, it has been the total opposite. Branding in Asia, a website that focuses on marketing in the Asia pacific region, took aim at Federer’s acting skills.

“We’re ranking this quite low on the inspiration scale, and let’s be honest, Federer’s acting could use a bit more passion.” The website wrote.

Australian media brand B&T Magazine are a bit more harsh when it came to giving their verdict on the advertising. In a post on their website, they wrote that Federer needs to ‘brush-up’ on both his acting and Piano skills.

“A new ad for Japanese budget fashion chain Uniqlo shows that the 20-time Grand Slam champ may need to brush-up on both his piano and his acting skills.” B&T wrote.
“It’s unclear who the agency is that’s behind the rather awful ad, however, a spokesperson for the brand has described the spot as a visual story of the tennis champion “enjoying life at home in jeans”. They later added.

Matt Butler from The I newspaper commented that the campaign represents a ‘new low’ and makes Federer looks like an ‘absolute plum.’ Besides being another figure to comment on the acting skills, Butler summarized it as a ‘masterclass-cum-car-crash.’

“But do you know what the absolute worst part of this car-crash of an advert is? They made Federer do the whole thing in shoes with no socks. Poor Roger.” The I article reads.

Last year Federer joined Uniqlo from Nike in a deal reportedly worth $300 million over a 10-year period. Forbes Magazine lists him as the highest paid tennis player of 2018.

You can check out the advert below.