ITF, Kosmos Confident Controversial Davis Cup Revamp Will Be A Hit As Draw Is Unveiled - UBITENNIS 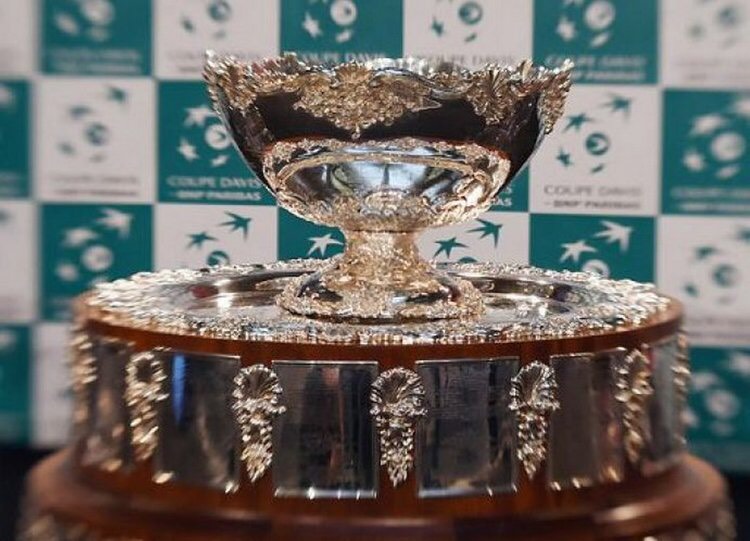 The draw has taken place for the inaugural Davis Cup finals with the International Tennis Federation (ITF) reiterating their support for the controversial new format.

On Thursday evening, 18 teams learned which group they have been placed in during a special ceremony in Madrid. In November 18 teams will participate in a week-long tournament held at the Caja Magica in what will be a historic change to the competition. The changes have been made after the plans was voted for in August by the majority of national tennis federations (71%). Although critics argue the change is too radical and kills the Davis Cup. There has also been heavy criticism regarding the decision to hold the finals at a neutral venue.

“Davis Cup is all about keeping tradition whilst having innovation at the same time.” Said ITF President David Haggerty.
“All of us have a special place in your heart for the Davis Cup, we all care about it. But where we are going with the Davis Cup is going to elevate it and make it better.” He later added.

There will be a total of six groups in the finals with three teams featuring in each one. Reigning champions Croatia has been placed alongside home favourites Spain and Russia. France, who were runners-up in 2018, will take on Serbia and Japan. Meanwhile, wild card entrants Great Britain has been given a favourable group alongside Kazakhstan and the Netherlands. The winner of each group and the two best second placed countries will progress to the quarter-finals of the competition.

Overseeing the competition is investment firm Kosmos, whose 25-year $3 billion investment was pivotal is changing the Davis Cup. The company was founded by Barcelona F.C. footballer Gerard Pique. Who has generated both admiration and hate from the tennis community in recent months. Australian captain Lleyton Hewitt recently told reporters, ‘Now we’re getting run by a Spanish football player, which is like me come out and asking to change things for the Champions League.’

“I have been a fan of tennis since I was a kid. I saw the Davis Cup as an opportunity for a competition that can be great in the future.” Pique said in Spanish during the draw ceremony.
“I think we (Kosmos) are a great partner for the ITF to organise this competition and we truly believe that in the future, starting from this year, it will get better and better.”

Whilst there is enthusiasm, winning over die hard fans is proving to be a harder than expected. ITF chief Haggerty was questioned about the critics during the presentation, but refused to let it overshadow proceedings.

“I would encourage those people who are concerned about it to come to Madrid and see for yourselves.” He said.

The Davis Cup finals will take place between 18-24 November. All ties will consist of two singles matches and one in the doubles. All matches will be best-of-three sets.