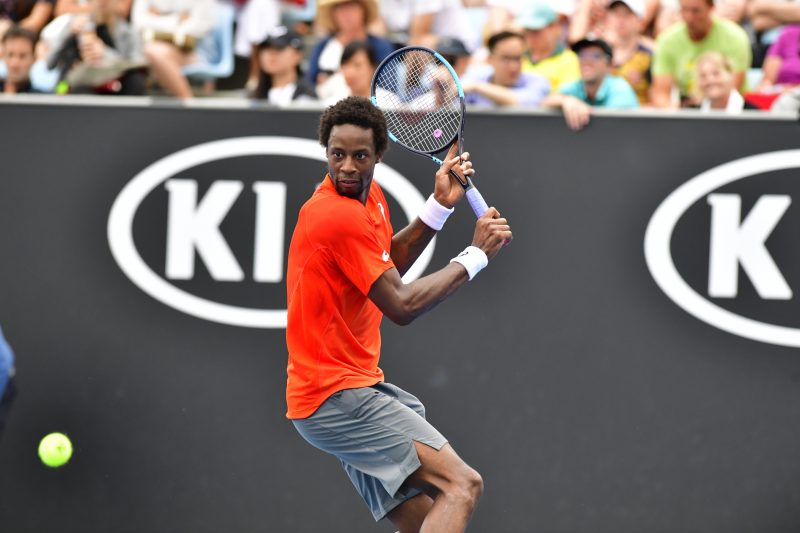 France’s Gael Monfils has returned back to the winner’s circle after claiming his first title on the ATP Tour for 13 months.

The world No.33 downed three-time grand slam champion Stan Wawrinka 6-3, 1-6, 6-1, during what was a roller coaster clash at the Ahoy Arena. In what was the first tournament final to feature two unseeded players since 2008, Monfils overcame some patchy play and physical issues to win the ATP 500 event. Hitting a total of 16 winners to 28 unforced errors. The Frenchman also claimed 67% of the points behind his first served and saved seven out of the 10 break points he faced.

“Stan, you know I love you. You’re my brother.” Monfils said during the trophy presentation. “This win is a part of him. We have been practising a lot, we’ve been talking a lot during the winter.”
“You (Wawrinka) told me that if I didn’t win one of the tournaments you would stop practising with me. Sorry I beat you in the final.”

Initially, it appeared as if Monfils would ease towards the trophy after producing a solid display in the opening set. Breaking Wawrinka twice while only dropping six points behind his own serve. However, in the second frame the 32-year-old lost his momentum as it looked like he was suffering from some injury issue concerning the region around his left hip. Enabling Wawrinka to take proceedings into a decider.

Despite the injury scare, Monfils managed to regroup and end Wawrinka’s dream of winning his first title since undergoing knee surgery. An error-stricken game from his Swiss rival, gifted Monfils a break for 2-1 in the third set. Then, later in the match, Monfils secured the double break for 5-2 with the help of a Wawrinka backhand going out. Serving for the title, he prevailed on his first championship point by hitting a carefully crafted forehand at the net to draw another mistake from across the court.

Shortly after the match Monfils paid tribute to his coach Liam Smith, who joined his team at the end of 2018.

“This is our first tournament together that we have won. We have had a good start to our season.” He said.
“I think I’m tough, but in a good way. I’m a hard worker and you push me through. We had three tournaments and some reasonable wins. I really like how we are doing and I hope that we will have many more (wins together).”

Runner-up Wawrinka can seek some comfort in his week at Rotterdam. It was the first time he has claimed four consecutive matches in a tournament since having knee surgery in 2017. Prior to the final, he scored wins over seeds Milos Raonic, Denis Shapovalov and Kei Nishikori.

“It’s always tough to lose in a final, especially in a final like tonight” Said Wawrinka. “But if I had to lose to someone it would be to you Gael. You’re a close friend and I’m really happy for you.”
“This was my first final since my surgery. It was a special week.” He added.

Monfils’ triumph in Rotterdam earns him one of the biggest titles of his entire career. His only other triumph in a ATP 500 tournament was at the 2016 Washington Open. Monfils is now projected to rise up to 23rd in the world rankings when they are updated on Monday. His highest position since August 2017.