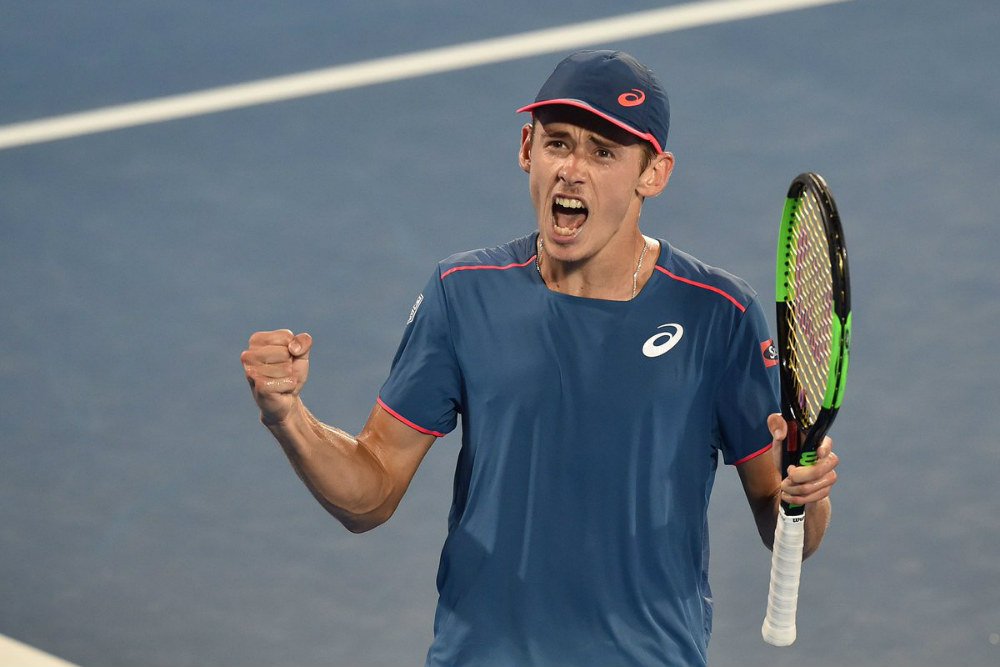 Australia is a win away from securing a place in November’s Davis Cup finals after John Milman and Alex de Minaur kick-started their campaign with straight sets wins on Friday.

Taking on Bosnia and Herzegovina in Adelaide, Millman kick-started his country’s offensive with a 6-3, 6-2, win over Damir Dzumhur. A player who is ranked his 16 places lower than him in the ATP rankings. Milman was able to convert five of his seven break point opportunities and blasted four aces past Dzumhur. It was only the second time the 29-year-old has played a match in the competition and the first since his country’s semi-final clash with Belgium in 2017.

“I was determined to get the ball rolling in the right direction straight away,” said Millman.

Australian No.1 de Minaur made it 2-0 for the hosts with a 6-3, 7-6(0), win over Mirza Basic. The Next Gen star claimed 76% of his first service points and 89% behind his second. Capitalising on Basic’s 36 unforced errors and saving seven out of the eight break points he faced.

“It’s a dream come true for me, and I’m so happy that I finally was able to get a win for my country in the Davis Cup,” De Minaur said afterwards. “I think it’s amazing that we had Jonny Millman come out and get his first win (in the Davis Cup), as well.”

Heading into the clash, Australian men’s tennis has been surrounded by controversy. In January Bernard Tomic launched a verbal attack on Lleyton Hewitt. Claiming the former world No.1 was not liked by his compatriots. Hewitt later responded to those comments by saying his family has been threatened by Tomic in the past. Meanwhile, Nick Kyrgios was not picked for the tie after failing to meet ‘cultural standards.’

Despite the controversies, Millman has said the performances by him and de Minaur illustrates Hewitt’s capability of leading the Davis Cup team.

“It’s no secret that Lletyon wants to create a real culture where Davis Cup is one of the benchmarks of the year,” Millman told reporters in Adelaide.
“The opportunity to represent your country, as it was back in the old days, is something that we don’t take for granted.
“I’m all for that. It always should be like that.”

The tie will resume on Saturday with the doubles. Australia needs to win one out of their next three matches in order to qualify for the week-long finals in what is a new format for the competition.

On the grass courts of the Calcutta South Club, Italy experienced little difficulty against India on their opening day. The tie is the first time the two countries have clashed since 1998. Andreas Seppi started the clash with a comprehensive 6-4, 6-2, win over Ramkumar Ramanathan. Hitting 23 winners alongside 22 unforced errors. World No.37 Seppi has become a key figure in his country’s Davis Cup team. The last season he didn’t play in the competition was back in 2011.

The 2-0 lead was then secured by Matteo Barattini. The 22-year-old, who won his first ATP title last July, is making his debut in the competition this weekend. Berrettini fired six aces past Prajnesh Gunneswaran to win 6-4, 6-3, in under an hour.

“I was dreaming about this as a child. I was really happy and focused on the match. I’m really enjoying the moment and I’m glad it went my way,” Berrettini said about winning his first match in the competition.

Three-time Davis Cup finalists India faces a tall order to turn their fortunes around on Saturday. The country was in a similar situation against China last year before fighting their way back to win 3-2. Team captain Mahesh Bhupathi is hoping his country will be inspired to do the same again.

“They are so much more experienced. If you take your chances you get rewarded. We understand the pressure of playing for the country. Strange things happen. It has happened in China. I know Italians are stronger than China but we will take one match at a time,” Bhupathi told The Press Trust of India.

As for Italy, they are bidding to win the title this year for the first time since 2096.

Elsewhere at the Davis Cup. Serbia has a 2-0 lead over Uzbekistan and Japan is tied at 1-1 with China.