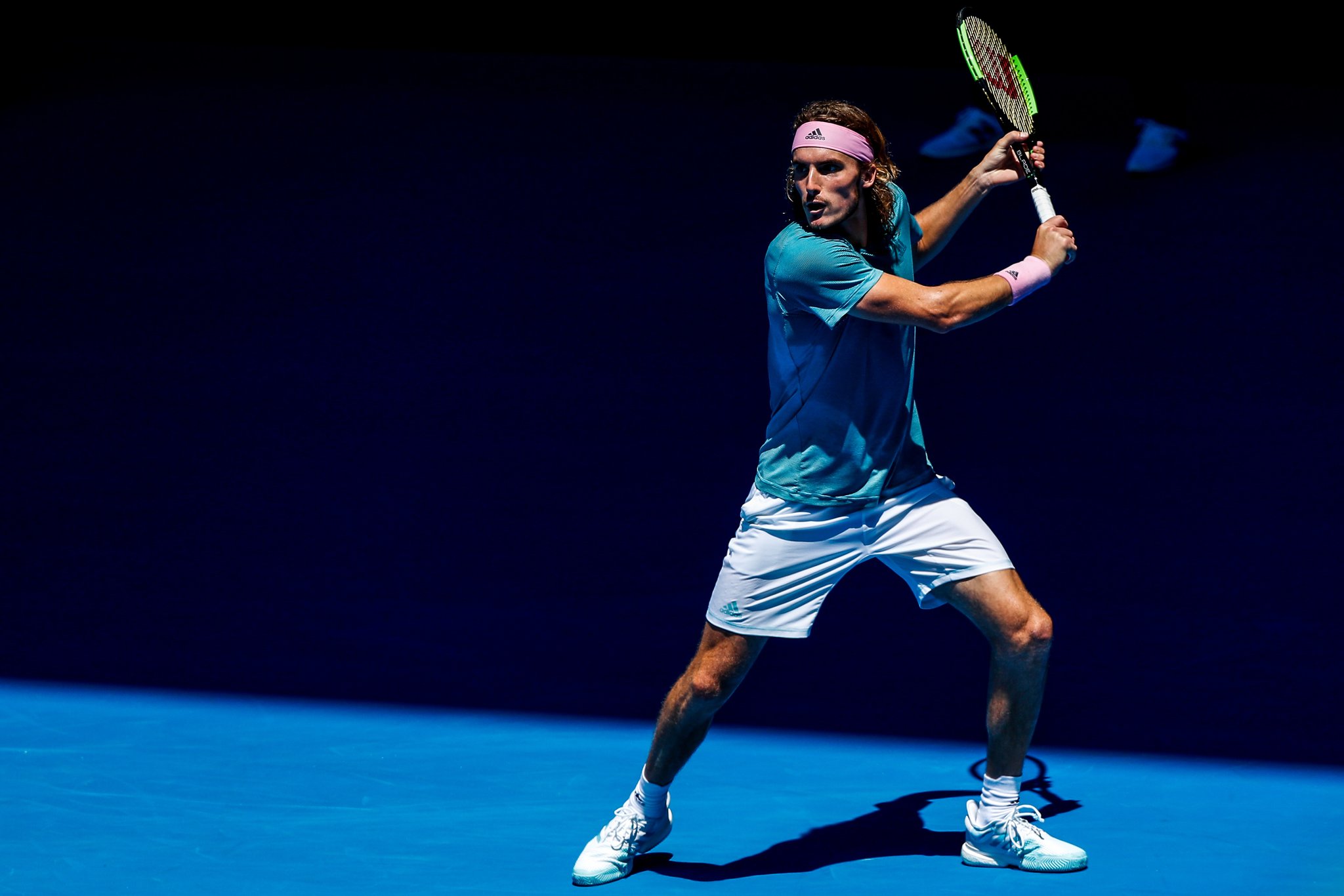 Stefanos Tsitspas is into his first grand slam semi-final after beating Roberto Bautista Agut 7-5 4-6 6-4 7-6(2) at the Australian Open.

The Greek sensation backed up his win against Roger Federer with a tough three hour win against the Spaniard to reach his first grand slam semi-final.

After recovering from 4-2 down in the first three sets, Tsitsipas held his nerve in the tiebreak to seal a dream come true.

In the semi-finals he will play the winner of Frances Tiafoe against 2009 champion Rafael Nadal who play later on.

Ahead of the match Tsitsipas was coming off the back of one of the biggest wins of his career after beating Roger Federer in four sets in the fourth round.

Meanwhile the Spaniard had an epic run of his own as he beat Andy Murray, John Millman, Karen Khachanov and Marin Cilic to get to the last eight. Not only was that a loaded draw to get through but he won three of those matches in five sets.

If Tsitsipas wasn’t wary of the Bautista Agut threat already he was after the first game after the Spaniard showed his clinical side to his game to break on his first break point.

A common theme throughout the match would be the world number 24 establishing a 4-2 lead as Tsitsipas was trying to manage the match as much as he could.

However some backhand magic in the opening set saw the world number 15 break twice in three return games to seal the opening advantage in 51 minutes.

The second set was more controlled from Bautista Agut as the heat started to take its toll on both players. As the Spaniard worked the angles with his forehand, he began to be more brave and go for the high percentage points.

It was easy to see why the Doha champion had such an impressive start to the season with aggressive play such as that. The 20 year old had no response as Bautista Agut levelled the match at one set all.

There was a lot of grimacing and physical exhaustion from Tsitsipas as he once again trailed 4-2 and a break down as he was trying to shorten the points as much as possible.

As his character was being tested he responded well as he started to work the angles more and make Bautista Agut work for every point.

A string of four games in a row, which ended in a magnificent stretch forehand sealed the set and a remarkable 2 sets to 1 lead.

A moment of controversy then followed after Tsitsipas received a coaching violation which seemed to be once again of the fault of Serena Williams’ coach Patrick Mouratoglou or possibly his dad.

Nethertheless both men regained their composure as both men held fairly comfortably. The 20 year old had match point in the 12th game before the Spaniard saved it with a stunning forehand down the line as a tiebreak was forced.

Eventually though Tsitsipas held his nerve to reach his first grand slam semi-final of his career in a four set battle. After the match the Greek said it was a dream come true, “I need some time to answer. It all feels like a fairy tale almost,” He explained.

“I’m just living the dream. Living what I’ve been working hard for. I feel a bit emotional but not too much because I worked really hard to get here. It is real and it just happened.”

.@StefTsitsipas is into his first Grand Slam semi-final!

Plaudits should go to Bautista Agut after beating the likes of Novak Djokovic, Stan Wawrinka, Andy Murray and Marin Cilic to start the season he falls just short of a grand slam semi-final.

However its Tsitsipas’ moment as he looks forward to Thursday where he will play Frances Tiafoe or Rafael Nadal for a place in his grand slam final.

Rafael Nadal storms into semi-final with dominant win over Tiafoe