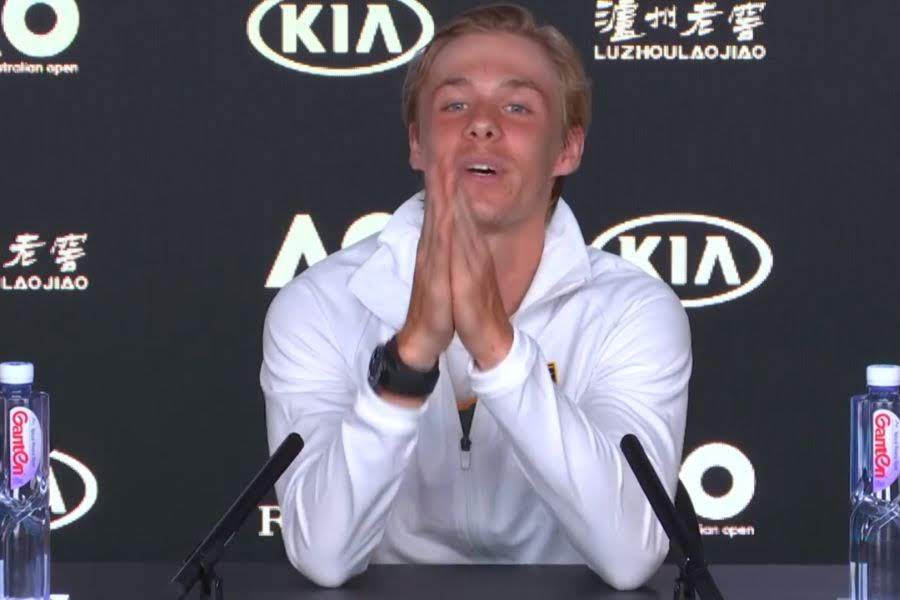 The relationship between teenagers and their social media presence can be a ‘love and hate’ one, especially for young tennis stars who on one side enjoy the direct interaction with their fans but on the other side sometimes they have to recover from a tough loss with angry words from irate supporters or even threats from losing betters.

Denis Shapovalov is going through a period of involuntary withdrawal from Twitter as his account has been suspended by the Silicon Valley social media company due to concerns about his identity.
“I honestly didn’t [cancel my Twitter account].  I’m just having some issues getting it back up running – said Shapovalov after his Australian Open first round win against Pablo Andujar –  There’s some issues with my birth date and stuff. I’m actually just trying to figure that out right now.  They don’t want to let me back in.  Please, Twitter, let me back in!”

Apparently, he was trying to verify his account and there were some issues with his young age. It seems that Twitter Inc. looked at the date when his account was created, compared it with Denis’ birth date (15th April 1999) and decided that he was too young when he signed up for Twitter. According to the American company’s website, Twitter’s services “are not directed to children, and you may not use our services if you are under the age of 13. You must also be old enough to consent to the processing of your personal data in your country (in some countries we may allow your parent or guardian to do so on your behalf)”. Up to 2009 Twitter had a strict policy of not knowingly allow anyone under the age of 13 to open an account, however they subsequently changed the wording of their privacy policy opening up to the possibility of accepting younger users with the express consent of their parents or legal guardians.

“Honestly, I’m confused as much as you guys are on what’s going on – continued Shapovalov – They just kind of kicked me out, said, yeah, I need to send a letter or something.  I’m trying to fix that”.

However it looks like this unexpected and involuntary hiatus from the social media of the blue bird has done Denis some good: “It kind of worked for the better – he concluded – I feel I’m just a little bit less on my social media now with my Twitter gone.  But, yeah, I  definitely would love to have that back”.