Roger Federer Gets Emotional During Interview About Ex-Coach - UBITENNIS 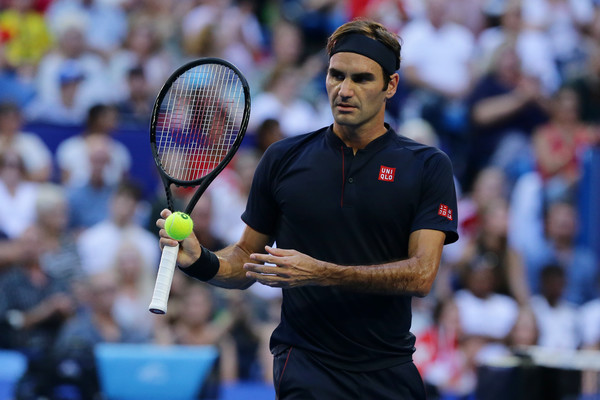 Roger Federer broke down in tears during an interview with CNN after he spoke about the influence former coach Peter Carter had on his career.

The 20 time grand slam champion spoke about his former coach who mentored him from a very young career as he was set to lead Federer to grand slam glory.

During the interview the Swiss spoke about his relationship with Carter as well as how well he got on with Simona Halep and Lleyton Hewitt’s former coach Darren Cahill, “It’s actually a really nice story,” Federer said in an interview with CNN in Dubai.

“He came to play club tennis in Basel, when I was little he was one of the star players on the team. I was able to have coaching lessons with him.

“They used to call each other and say ‘I have this really special kid I’m training.’ Darren would say the same (about Hewitt) from Adelaide and then we played each other when we were 14, 16, 18, 20 and then the whole career.”

However before Federer won his first grand slam title, Carter tragically died in a car crash on his honeymoon in South Africa which would become a motivation for the Swiss maestro to win his first Wimbledon a year later.

When asked about what Carter would have thought about the 36 year old’s career, Federer broke down in tears as he reflected on his ex-mentor’s influence, “I hope he would be proud. I guess he didn’t want me to be a wasted talent,” Federer said while choking up through the tears.

“So, it was somewhat of a wake-up call for me when he passed away, and I really started to train hard. ‘I’ve been incredibly fortunate to have the people at the right time, the right coaches at the right time. Sure you could argue I made those decisions, but I had luck along the way.”

You can see the emotional moment below as Federer seems to be quite taken aback by the topic:

Roger Federer's inspirational former coach died in a car crash on his honeymoon in 2002.

Nearly two decades on, Federer still gets emotional when he talks about Peter Carter.

Rafael Nadal Optimistic About Physical Condition Ahead Of The Australian Open