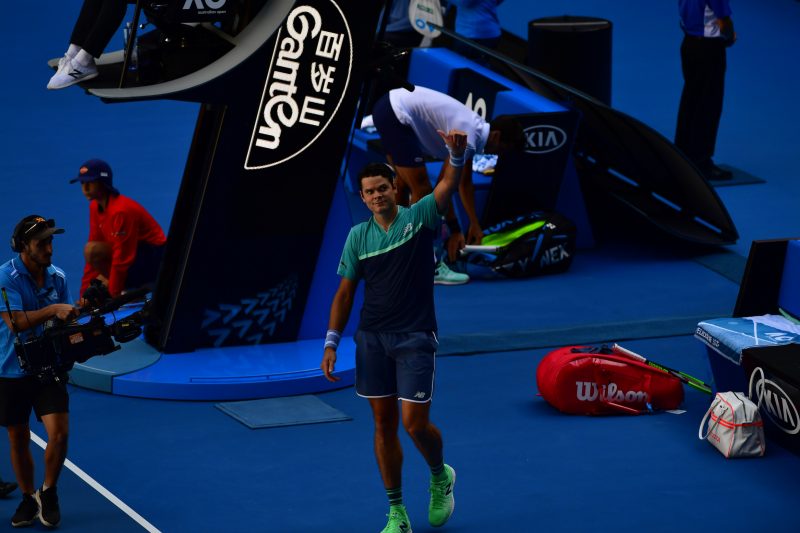 The Canadian played some outstanding tennis in the first two sets as he knocked out the fourth seed to reach the Australian Open quarter-finals.

It turned out to be a nightmare match for Zverev as he had many unforced errors and mistakes in his game despite breaking in the first game of the match.

As for Raonic he will now play either Borna Coric or Lucas Pouille in the last eight on Wednesday after an impressive four wins.

The start of the match looked promising for the young German as he broke in the first game with a few good returns and it looked like we were in for a high-quality match.

However after that moment it was an un-motivated Zverev who turned up as a lot of errors creeped in his game as Raonic broke straight back in an epic.

One of the reasons why Raonic has been so good this week is his ability to move around the ball and create incredible angles and today was no different.

A frustrated Zverev couldn’t figure out what was going as six games in a row sealed a stunning opening set for the 16th seed.

It was more of the same from both Raonic and Zverev in the second set as the fourth seed continued to fall apart as a 4-1 lead was created for the Canadian. That lead to this epic racket smash from the German:

After taking a 2 sets to love lead Raonic sat off a little as he was content with the dominating lead he had created for himself.

A fired up Zverev started to play better as his first three service games were held to love as he started to feel confident on his first serve.

After saving two match points, one through a 29 shot rally, the ATP Finals champion refused to give up as he forced a third set tiebreak.

Despite some moments of magic from Zverev, he just couldn’t pull of the big points in the tiebreak as Raonic booked his place in the last eight in just over two hours.

It has been an impressive tournament from the 16th seed who has beaten Nick Kyrgios, Stan Wawrinka, Pierre-Hughes Herbert and Alexander Zverev to make the quarter-finals.

As for Zverev despite making the second week at a slam for the second time in his career, it was a disappointing effort from him who can play a lot better.

Next up for Raonic is either Borna Coric or Lucas Pouille on Wednesday.