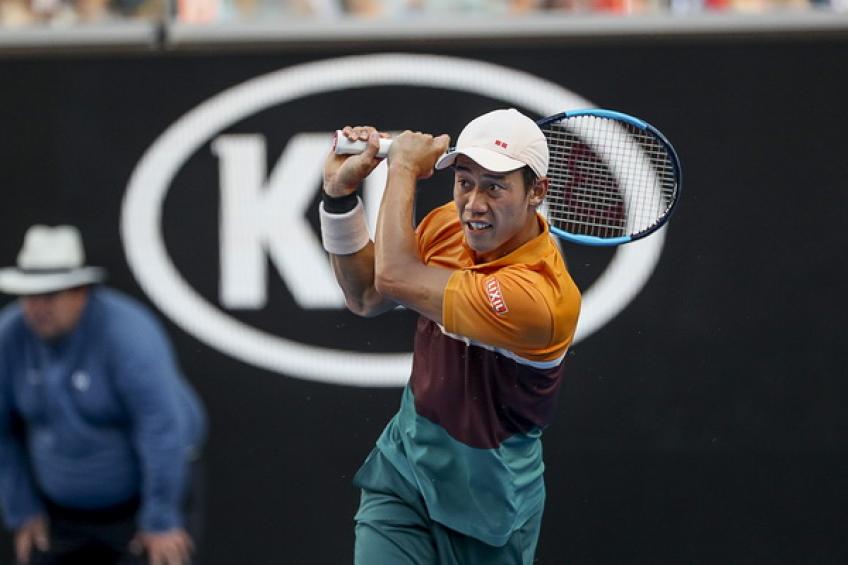 Kei Nishikori lived up to his reputation as a marathon man, when he completed his third come-from-behind win at the 2019 Australian Open following up his previous two five-set wins over Kamil Majchrzak and Ivo Karlovic.

Carreno Busta went down a break twice in the early stages of the opening set, but he managed to pull back both breaks in the fourth and sixth games to draw level to 3-3. Nishikori got an early mini-break to take a 2-0 lead, but Carreno Busta won three consecutive points for 3-2 after three errors from Nishikori. The Spaniard did not convert three set points at 6-5, 7-6 and 8-7, but he converted his fourth chance for 10-8 with a forehand winner.

Carreno Busta went up a set and a break with two forehand winners in the third game before saving two break points at 2-1. The Spanish player did not convert two set points at 5-3, when he made two forehand errors as Nishikori was serving at 15-40, but he closed out the second set at love in the 10th game.

Nishikori went down a break in the fifth game of the third set, but he broke straight back in the sixth game to draw level to 3-3. Nishikori won the tie-break 7-4 to keep his hopes alive Nishikori broke serve in the first game of the fourth set at 30, but Carreno Busta broke straight back to draw level to 2-2. Nishikori broke for the second time in the fifth game to take a 3-2 lead and earned three break points for 5-2 in the seventh game, but Carreno Busta held his serve. Nishikori held his next three service games at love to seal the fourth set 6-4.

Nishikori converted his third break point chance in the third game of the fifth set to take a 2-1 lead. The Japanese player came back from 15-40 down in the sixth game to hold his serve at deuce for 4-2, but he dropped his serve while he was serving for the match in the 10th game at 5-4. Carreno Busta built up a 8-5 lead in the decisive super tie-break, but Nishikori reeled off the final five points to seal a thrilling five-set match.

“I don’t know what to say. That was the toughest match. I have no idea how I broke back and I fough my way through. It was a great match. I feel like I have not played enough. It hasn’t been easy of course, especially not today. It was hard against Karlovic with a super tie-break, but today had longer rallies”, said Nishikori.

The Japanese star will face Novak Djokovic, who beat Danil Medvedev 6-4 6-7 6-3 6-2 in his fourth round match. Djokovic leads 15-2 in his 17 head-to-head matches against Nishikori.