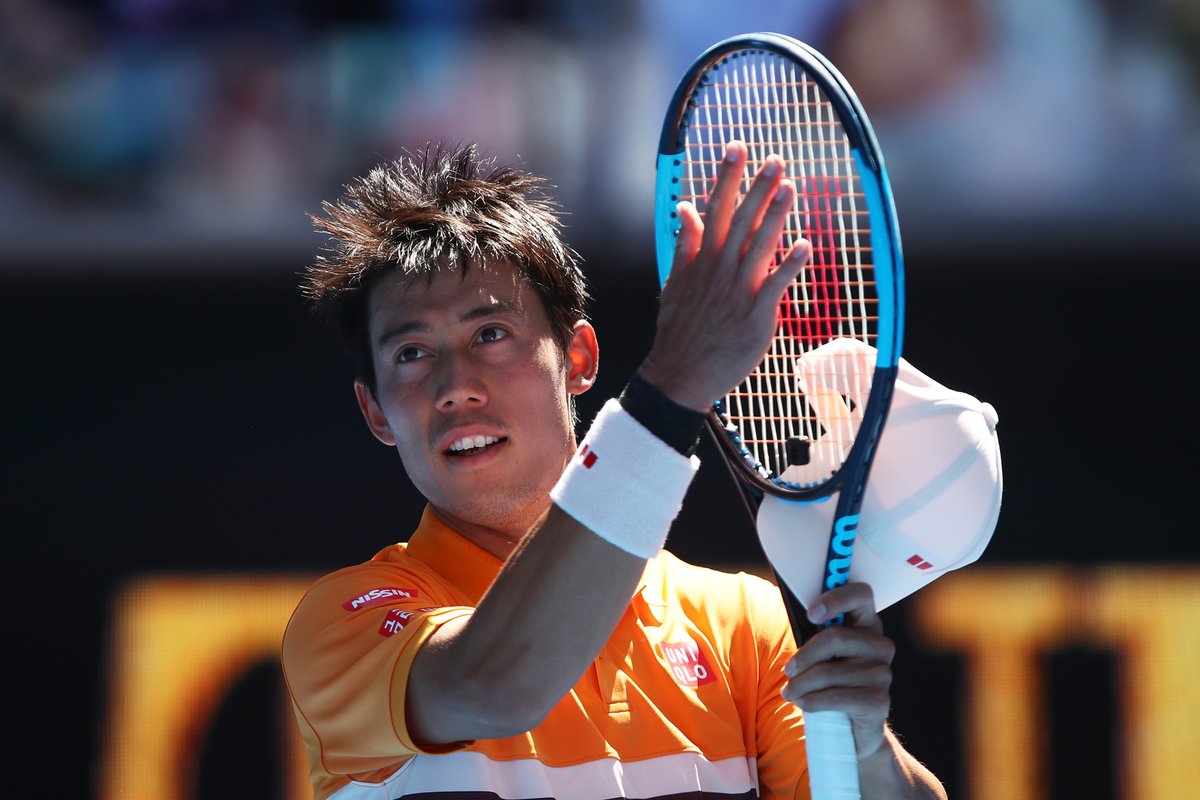 Three-time quarter finalist Kei Nishikori followed up two five-set battles in the opening two rounds with a three-set win over Joao Sousa by the scoreline of 7-6 (8-6) 6-2 6-1 after 2 hours and six minutes to reach the fourth round at the Australian Open for the seventh time in his career.

Another five-set battle was expected after Nishikori and Sousa came through tough marathon matches in their first two round matches, but this time Nishikori needed just three sets to secure his spot in the fourth round.

Nishikori went down a break in the first game, but she broke back in the fourth game to draw level to 2-2. Both players held on their serves, before Sousa fended off a set point to hold serve for 5-6 before Nishikori held serve to force the match to the tie-break.

Nishikori went up a 3-0 lead with a break, but he wasted two set points. The Japanese player converted his third set point, when Sousa hit his backhand into the net.

Sousa took medical time-out to receive treatment on her left leg and hip. Nishikori went up two breaks to race out to a 4-0 lead in the third set and served out the win with a forehand winner.

“The first set could go both ways. He was playing well. He was serving well, playing aggressive, using his forehand, but in second and third sets I think I realxed a little more, start hitting good shots, heavy, and serving well. It obviously helps for my body winning in three sets. I will try to recover well. I think that’s the most important thing going into the second week ”, said Nishikori.

Nishikori is bidding to reach the quarter final at Melbourne Park for the fourth time after 2012, 2015 and 2016.

Nishikori will face Spain’s Pablo Carreno Busta in the fourth round.

Carreno Busta converted 8 of his 17 break points to qualify for the fourth round in Melbourne Park for the second consecutive year.

Both players held their serve easily in the first two games before Carreno Busta broke twice in the third and fifth games to race out to a 5-1 lead.