Australian Open Day 11: Djokovic Is The Favourite Against Nadal - UBITENNIS

Connect with us
Related Topics:2019 Australian Open
Up Next

French Open, Steve Flink: “The Third Set of the Semifinal Was the Best in the Djokovic-Nadal Rivalry” 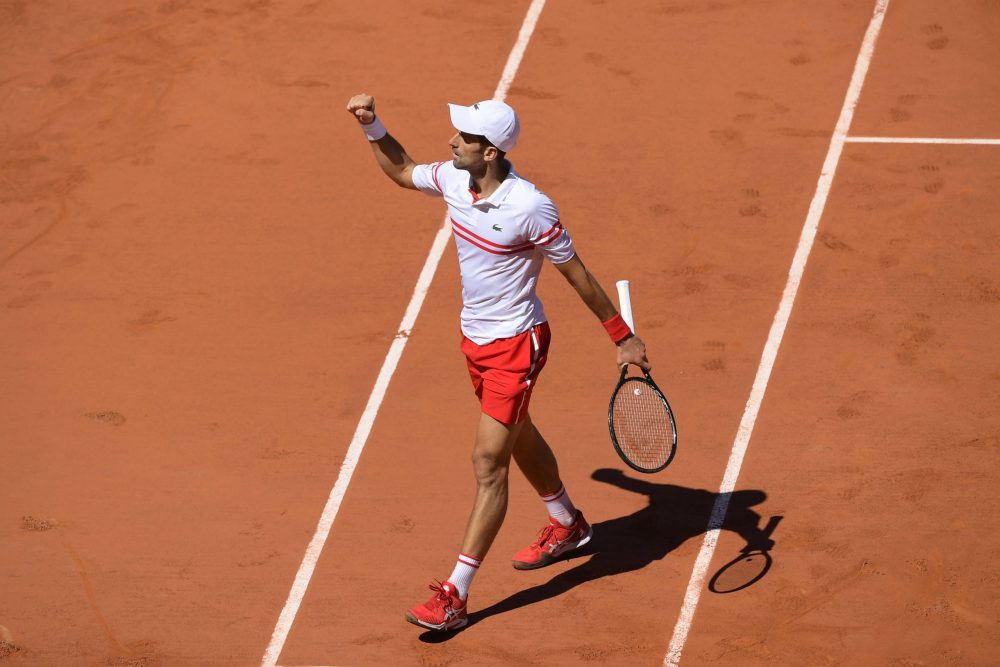 The 2021 French Open was one for the history books, with countless historical milestones and topics. Ubitennis CEO Ubaldo Scanagatta and Steve Flink have summed it all up, touching on Novak Djokovic’s three comebacks and the interruption to Rafa Nadal’s Roland Garros reign, while keeping an eye on the upcoming Championships at Wimbledon. Here’s their chat:

1:14 – On the Djokovic-Nadal semifinal: “The third set was the best in their rivalry, and even Djokovic highlighted this match as one of the best he has played at the French Open.”

4:40 – “I thought that whoever won the third set tie-breaker would have won the match, although Nadal came out strong at the beginning of the fourth, before running out of gas…” Was the Spaniard uncharacteristically dispirited?

08:40 – Can Djokovic win all four Majors like Rod Laver did in 1969, becoming the only man in the Open Era to complete a Calendar Grand Slam?

09:40 – On the final against Tsitsipas: “That break of serve in the third set really changed the tide for good…”

17:00 – “The Serbian will remember this win as one of his best, both because of his win against Nadal and because of his comebacks against Musetti and Tsitsipas.”

18:50 – Djokovic was criticised for his behaviour during the match against Berrettini – are the media and the fans too tough on him?

24:45 – On Zverev vs Tsitsipas: “Had the German broken in the opening game of the decider, it would have been him facing Djokovic on Sunday.”

26:00 – “Zverev can’t really expect to beat someone like Tsitsipas after failing to show up for two sets, he needs to work on the mental aspect of his game.”

34:45 – The women’s tournament: “The Krejcikova-Pavlyuchekova final was a good match, the Czech player should be proud of what she has achieved.”

A recap of what’s happened in Paris so far. What will decide the 58th match between Nadal and Djokovic? Can Tsitsipas and Sakkari score a Greek brace? 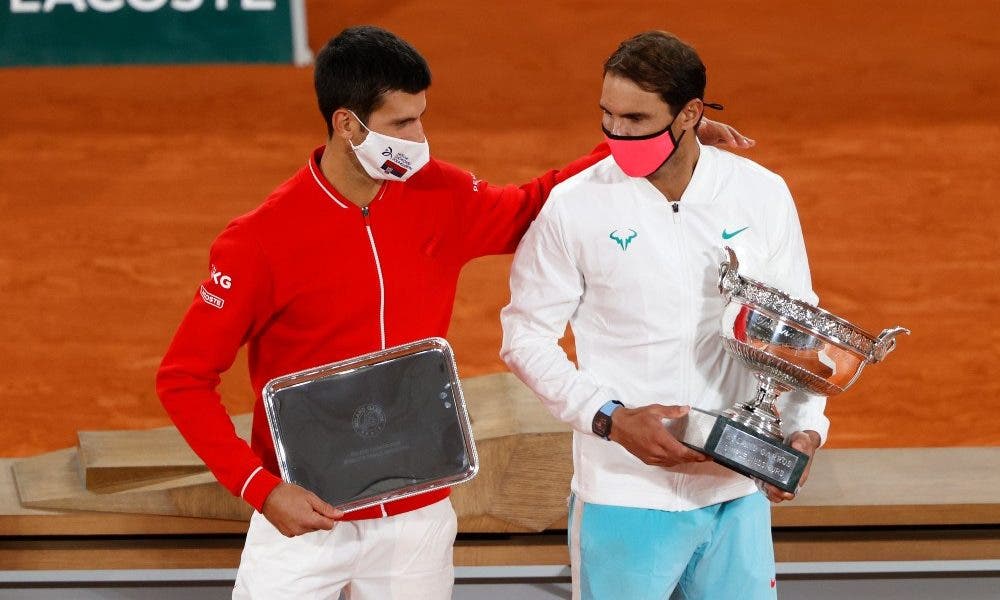 The 2021 French Open is almost over – this is the time to discuss the tournament’s key points and to make the final predictions. The men’s and women’s semifinals will offer opposite pictures – the latter has four underdogs, while the former will be contested by the players who were thought to be the main contenders all along. As usual, Steve Flink joined Ubitennis CEO Ubaldo Scanagatta (who is in Paris) to talk about the most momentous topics, such as Federer’s withdrawal and the lack of continuity among the stars of the WTA Tour. Here’s their video:

1:10 – The Djokovic-Berrettini match: “I was surprised with Berrettini’ level in the third and fourth set…”

3:40 – What lay behind Djokovic’s vocal celebration?

6:20 – The fans had to leave the stadium halfway through the fourth set – could have the organisers done a better scheduling job? “TV money is important, but such a big tournament should have the power to change the schedule, if necessary.”

11:15 – “I was surprised by Tsitsipas as well, he contained Medvedev’s attempted comeback very impressively.” Is he a bonafide contender? What about Zverev

16:05 – Lorenzo Musetti was a pleasant surprise before retiring in the decider against Djokovic – was he actually injured? Ubaldo Scanagatta spoke to him and his coach…

22:50 – Who will have the edge between Nadal and Djokovic?

28:15 – On Federer’s withdrawal: “He might have played his last French Open match without a crowd – it was quite sad.” Was it fair to withdraw without being injured?

36:00 – Semifinal predictions: “Djokovic needs to win the opening set more than Nadal does. As for Zverev v Tsitsipas, they are both high on confidence right now, it’s very close.”

40:20 – The women’s draw: “These semifinals feel out of place in a Slam, and they are the symbol of the crisis OF the WTA.”

45:40 – “The next two Majors will be important for women’s tennis – we need big rivalries.”

48:35 – Coco Gauff reached the quarter finals – is she going to be a contender in the next Slams?

50:30 – Jannik Sinner disappointed against Nadal – where does he need to improve?

52:20 – A prediction on the women’s tournament – can Sakkari and Tsitsipas clinch a Greek double?

Barty and Swiatek are the favourites, but Sabalenka could be a factor. The main object of discussion, however, is the Japanese player’s refusal to speak to the press during the event 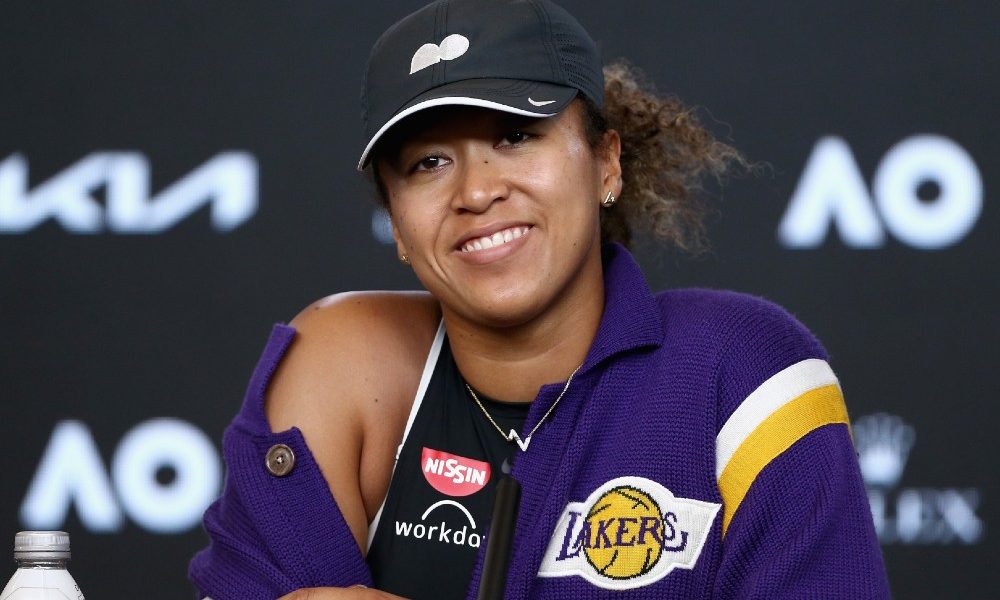 In the second part of their French Open preview, Ubaldo Scanagatta and Steve Flink analyse the women’s draw, with the two defending champions, Barty and Swiatek, who could face off in the semis. Naomi Osaka is in the bottom half, but her chances in Paris are being talked about far less than her decision not to hold any press conferences throughout the fortnight. Here’s their chat:

00:00 – “The draw is a little uneven, far more contenders ended up in the top half, such as Barty, Swiatek, Muguruza…” Will Serena Williams and Osaka be competitive?

08:02 – The Japanese star has decided to eschew press conferences throughout the tournament – a wise move? “What will happen if other players will do the same? I honestly think that to bring mental health into the issue was a little extreme…”

15:35 – She is an icon for fans and players alike, so her decision is going to have a strong impact: “What I don’t understand is that she really is a player who has always been represented in a positive way by the media!” Will she do on-court interviews?