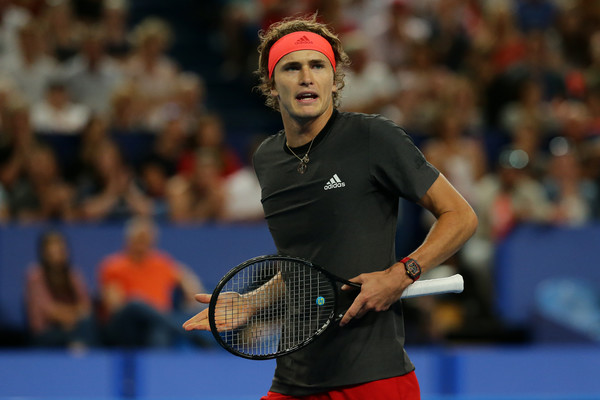 The 21 year old will play Alex Bolt on Saturday after he epically fought off Jeremy Chardy as he outlasted the Frenchman.

Joining Zverev is world number one Novak Djokovic who breezed past jo-Wilfred Tsonga in straight sets as he faces Denis Shapovalov on Saturday.

The Serb is looking for a seventh Australian Open as he is yet to drop a set in his opening two rounds in Melbourne.

The fourth seeded German started confidently as he used some aggressive returns to storm into a 3-0 lead in the first set. The break advantage didn’t last long though as Chardy used his own aggressive play to suffocate the 21 year old at the back of the court.

As both players started to serve well with high percentages the first set resulted in a tiebreak as the world number 36 was trying to make Zverev uncomfortable.

However the German survived Chardy’s big hitting to take the opening tiebreak 7-5 as roared in celebration, noting how important that set was.

The second set was a more controlled set by Zverev as he gained the early break in the fifth game with some lovely movement and aggression.

There was a confidence about the German in the second set as he was better on the bigger points, settling into his rhythm nicely.

After saving break point, Zverev successfully gained a two sets to love lead in what looked to be a comfortable match by the ATP Finals champion.

However Chardy was one win away in Brisbane from being seeded in Melbourne and continued to fight as Zverev played a little passively in the third.

After sharing breaks mid-way through the set, Chardy took confidence from saving five break points and pounced on his opportunity to break to take the third set 7-5.

The fourth set had a similar feel to it with Zverev failing to break as he grew a frustrated figure during the fourth set. This comfortable match had now turned into a battle with the German looking to deny the Chardy the satisfaction of forcing a fifth set.

As a tiebreak was forced the momentum was swinging from player to player as the unpredictability of the match continued.

Eventually an aggressive Chardy return forced an unforced error as the Frenchman took the tiebreak 8-6 as the comeback was on.

But the comeback never materialised as Zverev took advantage of Chardy’s tiredness having played an epic first round match against Ugo Humbert.

The German won six of the last seven games to seal victory and outlast Chardy to reach the third round of the Australian Open.

His reward is a match against Australian wildcard Alex Bolt, who knocked out Gilles Simon in five sets. 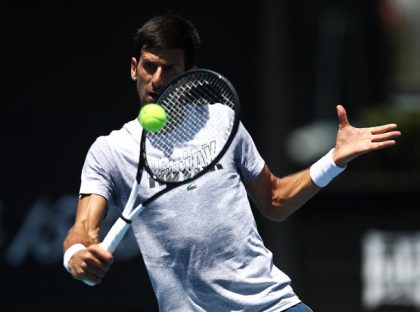 Meanwhile world number one Novak Djokovic cruised into the third round of the Australian Open with a dominant win over Jo-Wilfred Tsonga.

The 6-3 6-4 7-5 win over the Frenchman was highly impressive as he only hit 24 unforced errors as he continues his search for a 7th Australian Open title.

Waiting for the top seed on Saturday is 25th seed Denis Shapovalov, who defeated Taro Daniel to set up a meeting with the dominant Serb.