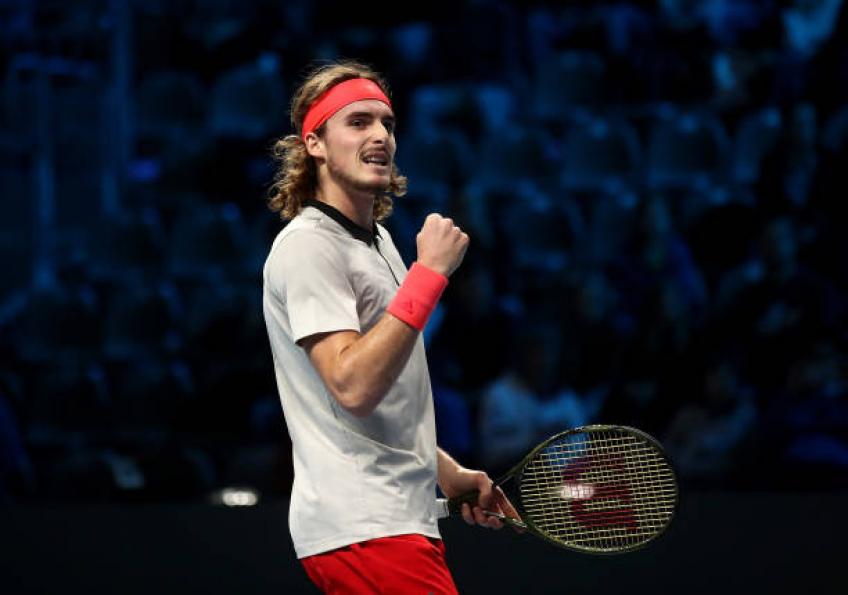 Greek No.1 Stefanos Tsitsipas has paid tribute to Roger Federer by saying that the 20-time Grand Slam champion has helped shape his career.

Tsitsipas, 20, will take on his Swiss rival next week at the Hopman Cup. In what will be his first taste of playing competitively against Federer. Nevertheless, the world No.15 is aware of what he has to deal with. In the past Tsitsipas has been training in Dubai alongside Federer after being invited to do so.

“His coach got in touch with us and he offered good training facilities and conditions before the Aussie swing and we accepted it,” Tsitsipas told The West Australian. “I’m hitting with the best and learning as much as I can from the experience.”

Heading into the new season, Tsitsipas is hoping to capitalize on what has been a breakthrough year for him. During 2018 he became the first ever Greek player to win a ATP title at the Stockholm Open. He later added to his trophy tally by also winning the ATP Next Gen Finals in Milan. At the Grand Slam tournaments, he became the first from his country to reach the fourth round of Wimbledon.

“I really believe that fitness played a big role this year and also mentally I was a different player, more mature more patient and more professional in what I was doing.”

Reflecting on his development on the tour, Tsitsipas believed Federer has played an indirect role in his performance in recent time. Explaining that he has been inspired to one day mirror the achievements of the world No.3. Federer currently has 99 ATP titles to his name, which is the second biggest tally in men’s tennis after Jimmy Connors.

“I am smiling already, I am picturing things in my brain of how it is going to feel and look like to be sharing the same court as him, it is a privilege to be playing such a respected athlete of our sport,” Tsitsipas said ahead of their upcoming meeting.
“He’s not just an inspiration, I also think that he has played a huge role over my performance and development over the years. I continue to push myself daily to achieve what he has achieved, and I honestly think that being in his position one day would be the best feeling on earth. That is what I am working for every day of my life.”

At the Hopman Cup, the Next Gen star will be teamed up with Maria Sakkari. Sakkari peaked at a ranking high of 29th back in September and reached the final of the San Jose Open back in June. Together the duo will be only the second Greek team to ever participate in the event. The first was Vasilis Mazarakis and Elena Daniilidou back in 2002.

“I have never played doubles with her, but we have practised before,” he said. “You never know what can happen, but we will play with heart and the spirit to win and that could be the hinge point for us.
“Wow, it (winning) would be the best start of the year. I like to enter any tournament with low expectations and take each match at a time. So, let’s see what happens.”

The 2019 Hopman Cup will get underway on December 29th. The tie between Greece and Switzerland will take place on January 3rd.

Roger Federer could play the clay season in 2019