Simona Halep: "I would like to be flag bearer for Romania at the Tokyo Olympics" - UBITENNIS 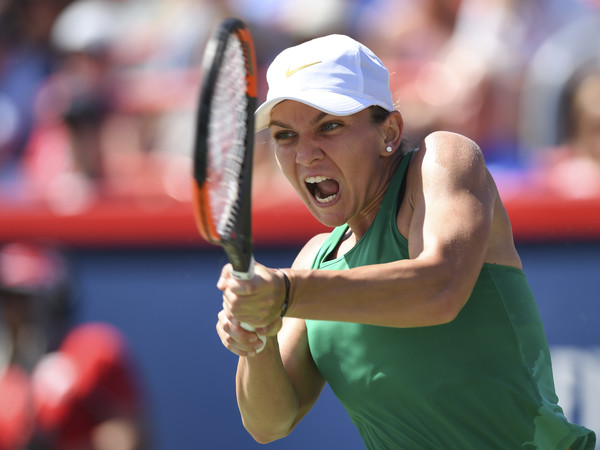 World Number 1 player Simona Halep finally won her first WTA Grand Slam at Roland Garros in her fourth attempt beating Sloane Stephens after losing the first set. The Romanian star had lost her three previous Grand Slam finals at Roland Garros in 2014 against Maria Sharapova and in 2017 against Jelena Ostapenko, and at the 2018 Australian Open against Caroline Wozniacki.

The Romanian player won two more WTA titles in Shenzhen and Montreal. In the Canadian Open she beat Sloane Stephens after a very exciting three-set match in a re-match of Roland Garros.

Unfortunately Halep ended the 2018 season early due to a herniated disk and was forced to miss the WTA Finals in Singapore, but ended the year as the WTA World Number 1 player.

Halep is now looking forward to achieving new goals, including a medal at the Olympic Games in Tokyo 2020.

“I played in London and it was very beautiful. It was emotional and very different than what we do every day. Tennis is an individual sport, but when I played the Olympics, it was totally different”,said Halep.

She hopes that her recent results could help her to fulfil her dream to bear the Romanian flag during the Opening Ceremony of the Tokyo Olympic Games.

“My main goal in Tokyo is obviovsly a medal, it does not matter which one. I will do my best in Tokyo and win. I also want to be flag bearer for Romania. It would be a big joy for me. It’s a big acheievement to represent my country. I also want to play with Horla Tecau. My one-off moment was at Roland Garros when the national anthem was  played for me. It is the most beautiful moment in my life, and this happens at the Olympic Games. Toky was a special moment, as was Tokyo. I would be close to perfection if I also won in Tokyo. I also hope we will do a good job in the Fed Cup. I am focusing on a medal and I will put in all my energy to make it happen” ,said Halep.

Svetlana Kuznetsova To Miss Start Of 2019, Accuses The Media Of ‘Twisting’ Her Words

Lucas Pouille: “Mauresmo will help me achieve my goals”