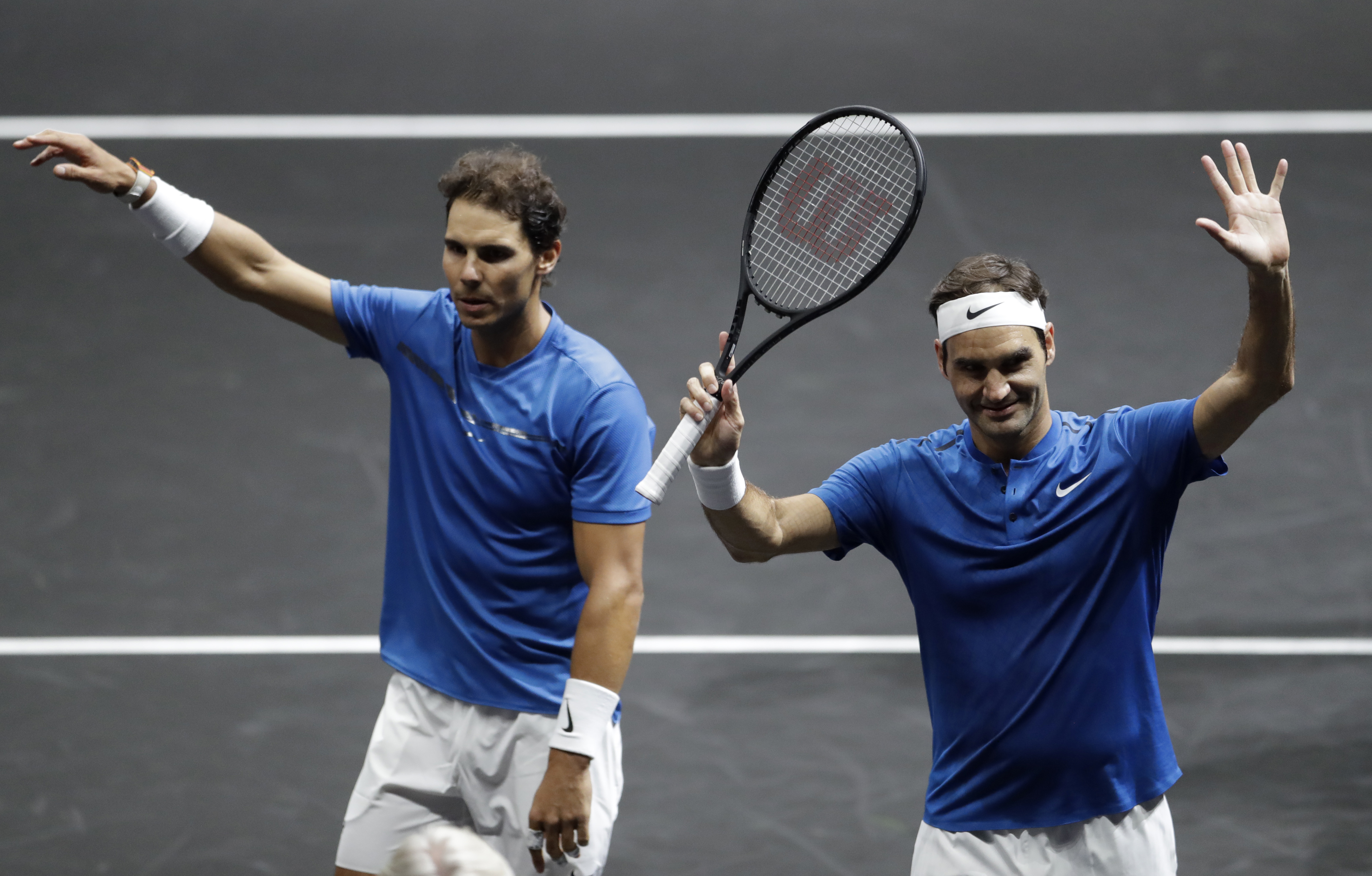 Former world No.1 Rafael Nadal is set to return to the Laver Cup after confirming his intention to play in the tournament next year.

The 11-time French Open champion featured in the inaugural edition of the Laver Cup back in 2017. A team event that features players from Europe taking on the rest of the world. Named about Rod Laver, it was created by Roger Federer’s management company, TEAM8, Brazilian businessman Jorge Paulo Lemann and Tennis Australia.

“I’m looking forward to playing the Laver Cup in Geneva next year and am very excited to be named in the team by our captain Bjorn Borg. I will do my best to live up to the great performances we had in Prague last year.” Nadal said in a statement.
“The Laver Cup is a different event, it brings together players who are adversaries for all of the year, and it’s a wonderful experience to come together as a team, to work together, to help each other, and to get to know other players in a new way.”

Nadal is the latest player confirmed for the three-day event. World No.3 Federer has also confirmed his intention to play. The Swiss player has won a record 20 grand slam titles so far in his career. Four more than his Spanish rival. Two years ago the duo joined forces to play a doubles match against Jack Sock and Sam Querrey, which they won.

Team Europe captain Bjorn Borg has hailed the return of Nadal and Federer. Borg has guided his European players to the trophy in the first two editions of the event in Prague, Czech Republic and Chicago, America.

“It doesn’t get much better for a captain than naming both Roger Federer and Rafael Nadal for the Laver Cup in Geneva.” Said Bjorg.
“Bringing together two of the greatest players, and rivals, the sport has ever seen together on one team is very exciting for our sport – and will give us the best possible chance to win the Laver Cup three years in a row.”

This year’s Laver Cup attracted a total of 93,584 fans to the United Centre in Chicago. Making it one of the largest sporting events to ever be held at the venue. Earlier this month it was confirmed that Credit Suisse has agreed a five-year deal to become a global sponsor of the event.

“We’ve all been blown away by the success of the Laver Cup, which in just two years has become so special to all the players who’ve been involved from both teams.” reflected Federer.
“I’m excited captain Bjorn has named both me and Rafa for Team Europe. We had a blast in Prague and it will be very special for me to team up with him again in Switzerland to try and defend our title.

The 2019 Laver Cup will take place between September 20-22 at the Palexpo in Geneva.