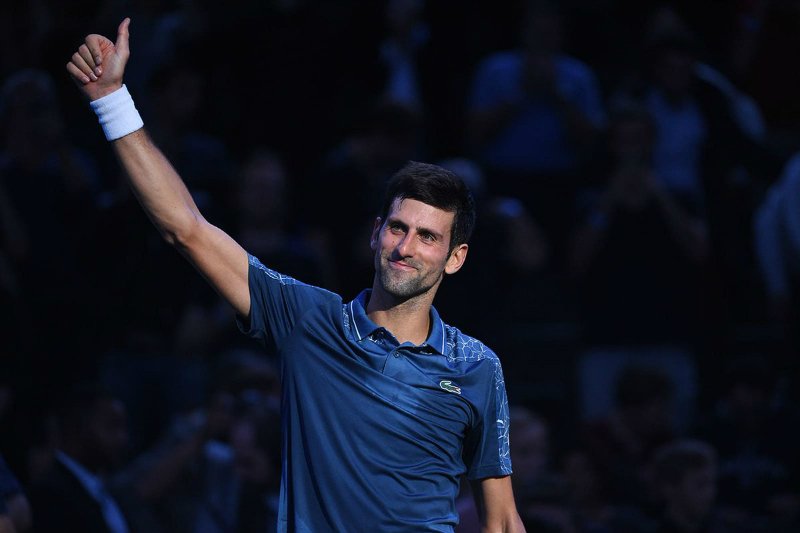 A stunning second half of the season in which Novak Djokovic reclaimed the world No.1 ranking has resulted in the Serbian being named the ITF World Champion of 2018.

Each year the International Tennis Federation (ITF) honours the top players in the world based on their performances throughout the season. A tradition that started back in 1978. Djokovic received the award following a successful past six months. Since the start of Wimbledon, he has won 35 out of 38 matches. Winning two grand slam titles at Wimbledon at the US Open, as well as two Masters tournaments.

“I am very honoured to be named ITF World Champion again.” Djokovic told itftennis.com.
“I am particularly proud of this achievement after all that I’ve been through physically this year, but part of me always believed I could make it back to the top. It is very satisfying to join Pete Sampras by winning my sixth award.”

It is the first time the 31-year-old has received the honour since 2015 and sixth overall. Placing him at joint-fist on the all-time list for most titles alongside idol Pete Sampras. Coincidentally, Djokovic and Sampras have also won 14 grand slam titles each.

“Overall it was a phenomenal season that I have to be definitely very proud of.” Djokovic said following the conclusion of the ATP Finals in November.

Guided on the tour by Marian Vajda, Djokovic ends his season with a win-loss record of 53-12.

On the women’s tour, Simona Halep got awarded the Champions Trophy. The Romanian world No.1 claimed her first major title earlier this year at the French Open. Defeating Sloane Stephens in the final. Halep also won titles at the Shenzhen Open and the Rogers Cup. Bringing her overall WTA title collection to 18.

“It’s a great honour to be named as ITF World Champion for the first time.” Said Halep.
“I had an incredible year, winning my first Grand Slam at Roland Garros and finishing the year as world No. 1. To be recognised in this way is really special and provides extra motivation to keep working for next season.”

Halep is the first player from her country – man or woman – to be honoured by the ITF for her performance on the singles tour. She has scored six wins over top 10 players this season and won 46 out of 57 matches played. In total, she has spent 40 weeks at the top of the WTA rankings this year.

Djokovic and Halep will be officially presented with their awards during the 2019 ITF World Champions Dinner. It will take place on June 4th in Paris during the French Open.

Agnieszka Radwanska Rules Out Possibility Of Returning To Tennis