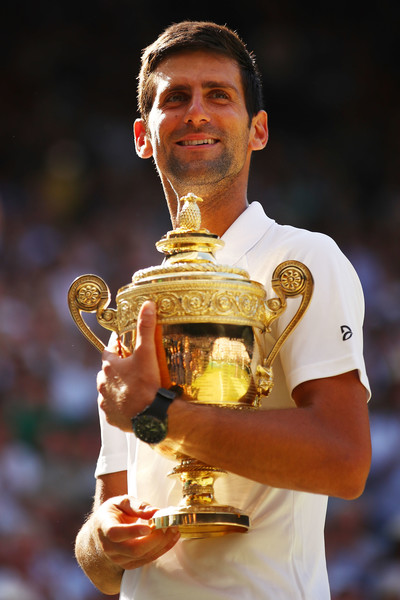 Novak Djokovic and Simona Halep have been named the 2018 ITF World Champions by the ITF. Djokokovic, who also ended the year as world number 1 in the ATP Ranking, receives the ITF honour for the sixth time in his career after a successful season in which he won two Grand Slam titles at Wimbledon and at the US Open, and two Masters 1000 tournaments in Cincinnati and Shanghai.

He also finished runner-up in two more finals at Queen’s and Paris Bercy. The Belgrade-native star became the first player to be ranked outside the top 20 and climb to the top of the ranking in the same season. He finished the year as the world number 1 for the fifth time in his career after 2011, 2012, 2014 and 2015. Only US legend Pete Sampras did better with six end-of season top rankings.

With the win in Cincinnati Novak became the first player to clinch all nine Masters 1000 title at least once in his career completing the “Career Golden Masters”.

“I am very honoured to be named ITF World Champion again. I am particularly proud of this achievement all that I have been through physically this year, but part of me always believed I could make it back to the top. It is satisfying to join Pete Sampras by winning the sixt award”, said Djokovic.

Simona Halep receives the ITF orld Champion for the first time in her career. The Romanian star lifted her maiden Grand Slam title at Roland Garros after beating 2017 US Open champion Sloane Stephens. The Romania star two more WTA tournaments in Shenzhen and at the Rogers Cup in Montreal. She had lost her three previous Grand Slam finals at Roland Garros in 2014 against Maria Sharapova and in 2017 against Jelena Ostapenko, and at the 2018 Australian Open against Caroline Wozniacki.

“It’s a great honour to be named as ITF World Champion for the first time. I had an incredible year, winning my first Grand Slam at Roland Garros and finishing the year as world number 1. To be recognised inthis way is really special and provides extra motivation to keep working for the next season”, said Halep.

US Mike Bryan and Jack Sock will receive the ITF World Champions Award in the men’s doubles department. Since they teamed up at the Queen’s they won two Grand Slam tournaments at Wimbledon and at the US Open and at the ATP Finals in London. Bryan receive this award for the 12th time in his career, while it’s the first ITF World Champion Award for Sock.

Shingo Kunieda from Japan, Diede De Groot from the Netherlands, and Dylan Alcott receive the men’s, the women’s and the quad winners in the wheelchair category.

The ITF Award selection considers all results during the year, but gives special weight to the Grand Slam tournaments and the two ITF international team competitions, the Davis Cup and the Fed Cup.

“Congratulations to our 2018 ITF World Champions, who have demonstrated immense skill, talent and dedication on their way to achieving great success on the court. They are a credit to our sport and have all contributed to another memorable year for tennis”, said ITF President David Haggerty.

Star-studded field announced for the Gerry Weber Open in Halle

Agnieszka Radwanska Rules Out Possibility Of Returning To Tennis