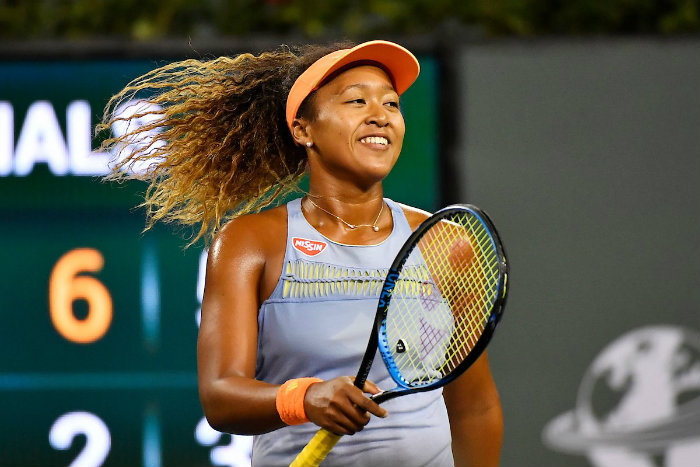 The BNP Paribas Open at Indian Wells has been voted as the best tournament in the WTA Premier Mandatory category for the fifth year in a row.

Naomi Osaka won her first WTA title at Indian Wells and went on to win her maiden Grand Slam at the US Open in New York last September. Serena Williams made her comeback at Indian Wells after a 14-month lay-off due to maternity leave.

“We are honoured and humbled that for the fifth straight year our event has been recognised by both men’s and women’s players as “Tournament of the Year”, said Indian Wells Tournament Director Tommy Haas.

The ATP and WTA Tournament of the Year Awards winners have received recognition from players due to the excellence of the staff and organization, passionate fans and wider dedication to the sport and its athletes.

The WTA also announced today the annual end-of year player awards. The Karen Krantzcke Sportsmanship Award went to Petra Kvitova for the sixth consecutive year. Kvitova also enjoyed a successful 2018 season on the court winning five WTA titles in St. Petersburg, Doha, Prague, Madrid and  Birmingham This award is given to a player who observes the rules of fair play, shows respect for others and is gracious on and off the court.

“It’s a great honour to receive this award for my seventh time. This award means so much to me, especially as it’s voted upon my my colleagues, and every year it makes me proud”, said Kvitova.

Bethanie Mattek Sands receives the Peachy Kellmeyer Player Service Award for the first time in her career. This award recognizes the work the US player has done to support her fellow players and other initiatives on behalf of the general players population.

The WTA Coach of the Year Award went to Sascha Bajin, who guided Naomi Osaka to her her first Premier Mandatory at Indian Wells and to her maiden Grand Slam title at the US Open.