Felix Auger Aliassime: "The best moment of the year for me was the US Open" - UBITENNIS 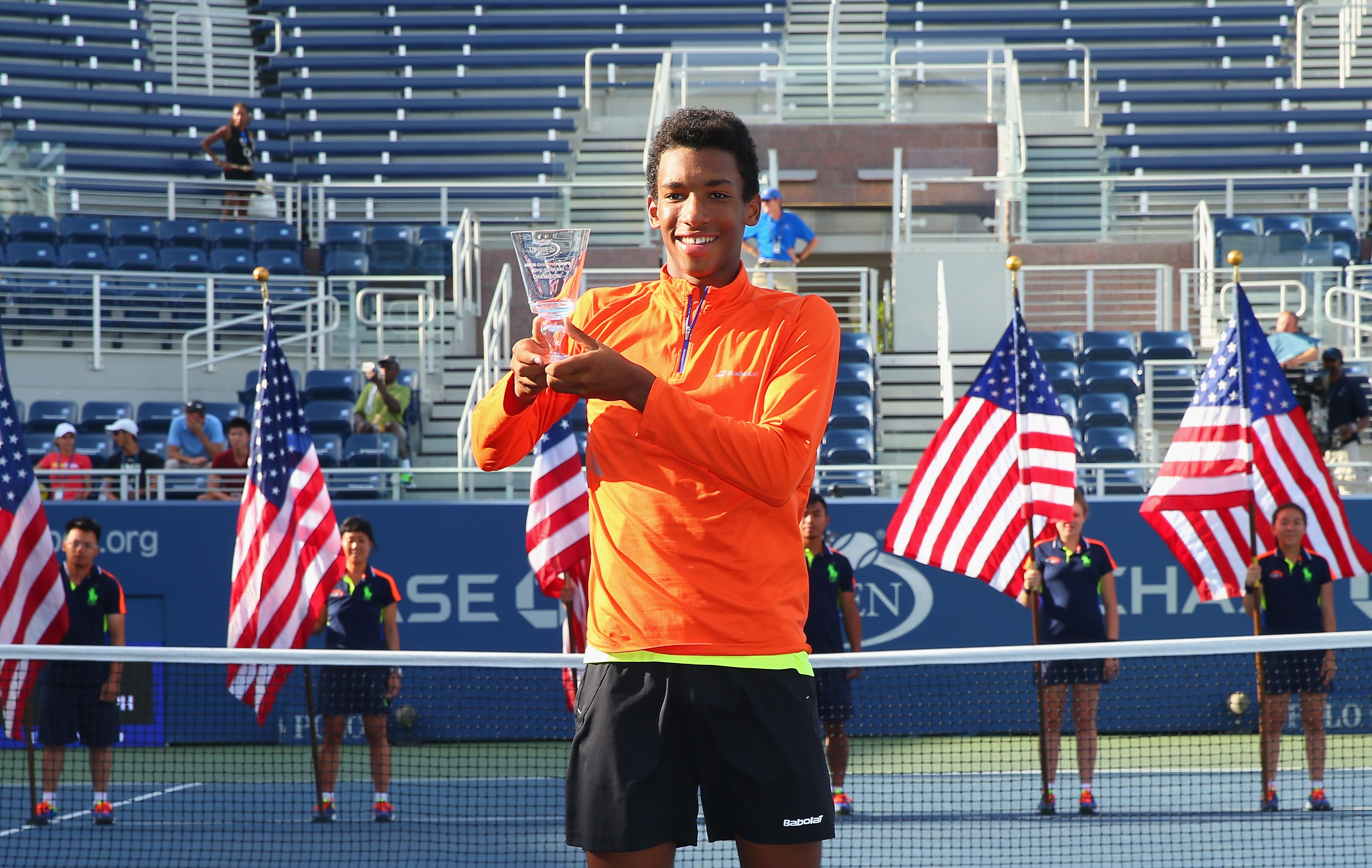 Canadian teenager Felix Auger Aliassime has become one of the leading players from the generation of the “millennials” since he made his professional debut at the Drummondville Challenger tournament in 2015 when he reached the Main Draw at the age of 14.

He ended the 2018 season ranked world number 109, although he missed January due to a knee injury.

“I had a rather start to the season due to an injury and it delayed my results and my development during the year. After that, I got back on track towards the middle of the year and I just started to accumulate wins”, said Aliassime during an interview to Tennis Canada.

The Canadian 18-year-old player was born in Montreal but he was raised in a suburb of Quebec City. He He started playing tennis at the age of 4. His father comes from Togo and his mother is from the province of Quebec.

Felix is one of the three players born in 2000 ranked in the top 400. He finished the 2018 season with six ATP match wins and became the second youngest player to win four Challenger titles behind Frenchman Richard Gasquet, who won five tournaments of this category when he was 18 years and 2 months old.  Aliassime won his first ATP Challenger doubles title with his partner Nicola Kuhn beating Marin and Tomislav Draganja.

He made his debut in an ATP main draw in Rotterdam, where he lost to Filip Krajinovic. The young Canadian grabbed the headlines, when he became the first player born in 2000 to win a Masters 1000 match when he beat Vasek Pospisil at Indian Wells. He lost to Milos Raonic in the second round. He was the youngest player to win a match at Indian Wells since Michael Chang in 1989. Aliassiame received a wild-card for the Montec-Carlo Masters where he lost his opening match to Misha Zverev in three sets. In June he won the ATP Challenger in Lyon, where he successfuully defended his title by beating Johan Tatlot in the final. He became the youngest player to win an ATP Challenger title.

“I had a successful streak of two or three weeks where I was able to get multiple victories, so I am happy with the way I finished the year, not necessarily in terms of ranking, but more regarding the level that I have reached and the confidence that I have gained. It was a year of learning and a year where I gained experience, especially in terms of travelling”.

He received a wild card to play in the main draw of the Canadian Open he upset Lucas Pouille in the first round before losing to Danil Medvedev in three sets.

“One of the most difficult moments was the loss against Medvevev at Rogers Cup, but when I look back at it objectively, it was a great tournament after that win against Pouille. To play an exciting match in front of the home crowd was really great. It will help me to perform even better in Montreal. I want to establish my place in the top 100, to get those few points to break in and continue with my development. That will be my main objective again”.

Two years after becoming the youngest junior champion at the US Open, Aliassime wn three qualifying round matches to reach the Main Draw to make his debut in a Grand Slam tournament at Flushing Meadows. In the first round match against his compatriot Denis Shapovalov, Aliassime was forced to withdraw after the fifth game of the third set due to heat exhaustion.

“The best moment of the year for me was the US Open and the way I qualified for the main draw, using the last opportunity to do that in 2018. It turned out to be a good week despite everything, although I had to leave extremely for not being able to finish to finish that match against Denis”.

He made a quick recovery and returned to the court a few weeks later. He reached his first ATP quarter final in Shenzhen and won his fourth Challenger title in Tashkent.

“With all the thing that happening around me, the expectations regarding my potential, we sometimes forget to stay in the present and appreciate the journey and enjoy each moment. There was the additional pressure that I put on myself that slowed me down, especially at the start of the season. I think that I found the way to put that aside at some point to concentrate and leave the pressure behind”,concluded Aliassime.

Bryan Brothers To Reunite In Auckland