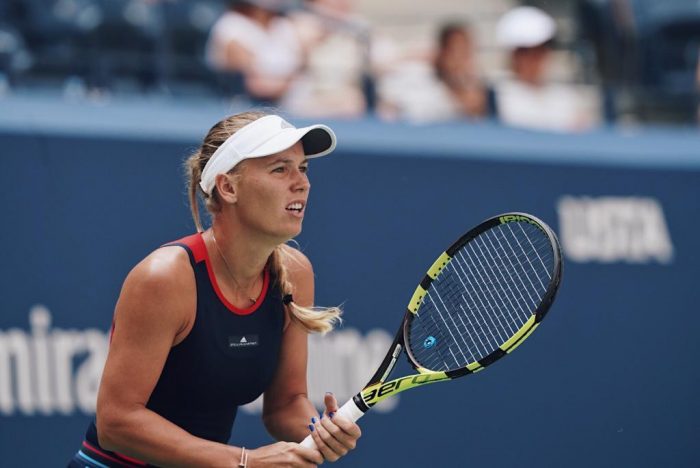 Caroline Wozniacki has been able to conduct a full off-season training block without encountering any setbacks, according to her brother Patrik.

Earlier this year the world No.3 revealed that she has rheumatoid arthritis. A long-term autoimmune disorder that affects the joints. There is no cure for the condition which can cause swelling, stiffness and pain in numerous parts of the body. Symptoms can also include tiredness and a fever. She was told about the diagnoses shortly before the US Open, where she lost in the second round to Lesia Tsurenko.

Giving an update on his sister’s health, football player Patrik has told Danish newspaper Ekstra Bladet that the signs are currently good. Wozniacki has been training in America during the off-season.

“She doesn’t always say that if she’s hurt, but it seems like it works really well.” Patrik said of Wozniacki’s condition.
“She must of course keep having some breaks from the training, but she has not asked for a day off yet, so that is really positive. She just runs on.
“It seems she is getting the right medication that relieves the pain and keeps it down.”

Looking ahead to 2019, Patrik said the reigning Australian Open champion is in a good shape. The 28-year-old has a load of ranking points to defending during January after winning her first grand slam title in Melbourne.

“It going really well, she is fit and does not hurt.” He said, “She’s working really well and she actually seems more in sync than in recent years, I think.”

Getting my practice in on Christmas Eve with my new racket! 💪🏻🎅🏻🤶🏻 #aeroprodrive @babolat pic.twitter.com/MiCB1nnAqj

Wozniacki currently has 30 WTA titles to her name, including three this year. Besides Australia, she also won trophies at the Eastbourne International and China Open. During the 2018 season she has scored three wins over top-10 players, including world No.1 Simona Halep.

During the first week of the 2019 season Wozniacki will return to the tour in New Zealand at the ASB Classic. She will be hoping to go one step further than last year where she reached the final before losing to Julia Goerges.

Naomi Osaka Plays Down Pressure Ahead Of New Season

Giorgi was aiming to become the first Italian player to reach the final in Palermo since Sara Errani and Roberta Vinci battled for the title in 2013.