Agnieszka Radwanska Rules Out Possibility Of Returning To Tennis - UBITENNIS 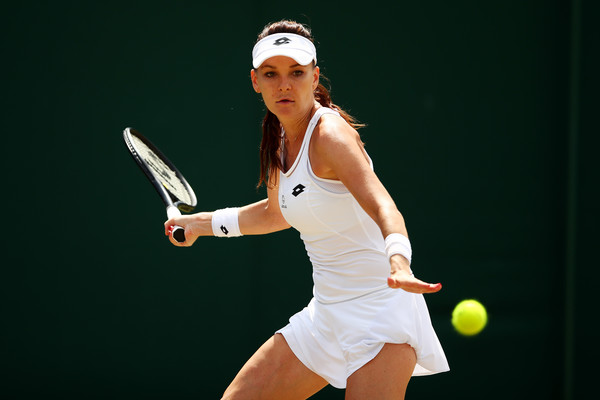 Former Wimbledon finalist Agnieszka Radwanska has played down the chances that she may one day reverse her decision to retire from tennis at the age of 29 by saying ‘this is the end.’

The former top 10 player announced last month that she will be stepping away from the sport due to injury. Radwanska has been troubled by a foot problem in recent months that have restricted her movement. During her career, she was the first Polish player to reach a grand slam final in the Open Era and the first to earn more than $1 million in prize money.

“Life has taught me ‘never say never’ but for me this is the end. I arrived at an obstacle which I could no longer get through. I now need a minimum year or two in order to recover and rest.” Radwanska told Polish newspaper Przeglad Sportowy earlier this week.

Radwanska’s decision to end her 13-year career wasn’t an easy one. Leading up to her announcement, she held a series of discussions with medical professionals about her current health. On the tour this season, she won 14 out of 28 matches played. Her best result was at the Eastbourne Open where she reached the semi-finals before losing to Aryna Sabalenka.

“I thought about this for a very long time. Believe me, this is not a rashly made decision. I have been battling with my thoughts for weeks. I was looking in every direction. I was in consultations with doctors, physios and we analysed my current health situation with my entire team.” She said.
“Following these consultations I came to a conclusion that rebuilding everything in half a year on the grass made no sense.”

At her peak, Radwanska was ranked second in the WTA rankings. During her career, she won 20 titles on the tour and featured in the main draw of 49 grand slams. In 2012 she was runner-up to Serena Williams at the Wimbledon Championships.

Reflecting on the current state of women’s tennis, the 29-year-old believes that tour is more competitive than it was a decade ago. In 2018 four different women won grand slam titles. Meanwhile, on the WTA Tour, eight players have won either a Premier Mandatory or Premier 5 title. Out of those eight, Petra Kvitova is the only player to have won multiple titles.

“Women’s tennis has drastically changed. Intensity in every aspect of the game in incomparable to what I remember 10/12 years ago.” The former world No.2 assessed.
“The world has moved in a direction where even for the smallest of tournaments I had to go there 100% ready. Easy games in first rounds have finished.”

Following Radwanska’s retirement, Poland currently has one woman ranked in the top 100. That is Magda Linette at 81st.