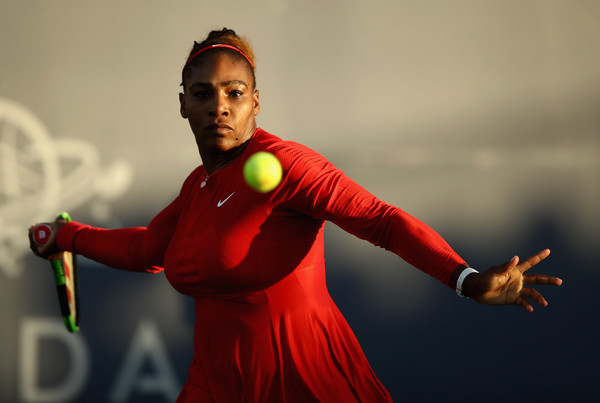 The best player of the year: Simona Halep

Simona Halep finally won her first WTA Grand Slam at Roland Garros in her fourth attempt. Defeating Sloane Stephens after losing the first set. The Romanian star had lost her three previous Grand Slam finals at Roland Garros in 2014 against Maria Sharapova and in 2017 against Jelena Ostapenko, and at the 2018 Australian Open against Caroline Wozniacki. The Romanian player won two more WTA titles in Shenzhen and Montreal. At the Canadian Open she beat Sloane Stephens in a re-match of Roland Garros.

Unfortunately Halep ended the 2018 season early due to a herniated disk and was forced to miss the WTA Finals in Singapore, but ended the year as the WTA World Number 1 player.

The World number 1 player received an honorary doctorate from West University in Timisoara for the great results on the court and the contribution she has given to Romania as a country.

The Breakthrough of the year: Naomi Osaka:

The 21 year-old player born in Japan to a Haitian father and a Japanese mother enjoyed her breakthrough season. Winning against another 21-year-old, Daria Kasatkina, in the final of the Premier Mandatory tournament at Indian Wells and her maiden Grand Slam trophy at the US Open, where she beat Serena Williams. Osaka extended her winning streak of ten matches by reaching the final at the Pan Pacific Open in Tokyo, where she lost to Karolina Pliskova. The US-based Japanese player also reached the semifinal at the China Open in Beijing. She qualified for her first WTA Finals in Singapore, where she lost all her round-robin matches against Sloane Stephens, Angelique Kerber and Kiki Bertens. She withdrew during her match against Bertens due to a hamstring injury in her final match of the year.

Osaka has improved her ranking to world number 4. She has become the joint-highest ranked Japanese male or female player in history, equalling Kimiko Date and Kei Nishikori.

She also reached the third round at Roland Garros and Wimbledon, matching her best result at both tournaments.

The comeback of the year:

Serena Williams made her comeback to the tennis court last March at Indian Wells after giving birth to her daughter Alexis Olympia. She reached the third round at Indian Wells before losing to her sister Venus and lost in the first round against Naomi Osaka in Miami. After reaching the Round of 16 at Roland Garros Serena qualified for two Grand Slam finals at Wimbledon and at the US Open. In both tournaments the 23-time Grand Slam champion dropped just one set before the final. Her Wimbledon final was her first title match at Grand Slam level since the 2017 Australian Open. Williams beat Karolina Pliskova in the quarter final of the US Open, scoring her first win against a top-10 player since her return from pregnancy.

The German player of Polish origin dropped out of the top 20 at the end of a difficult 2017 season, but she started her comeback season with a win in the Sydney final against Australia’s Ashleigh Barty. At the Australian Open she beat Madison Keys to set up a semifinal against Simona Halep, who won the third set 9-7 on her fourth match point. After qualifying for the quarter finals in Doha, Indian Wells, Miami and Rome and the semifinal in Dubai, the tennis player from Bremen reached her first Roland Garros quarter final in six years, before losing to eventual champion Simona Halep in three sets. The German player beat Serena Williams in straight sets in the Wimbledon title match in a re-match of the 2016 final in this tournament to climb to world number 4 in the WTA Rankings.

Can Donna Vekic Pounce On 2018 Success?