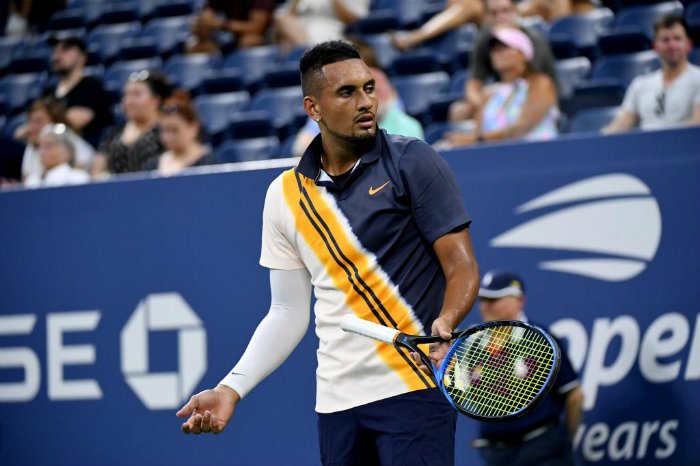 Former world No.1 John McEnroe has said he is fearful that Nick Kyrgios could throw away his career if he doesn’t get the right help to change his ways.

The 59-year-old believes Kyrgios is currently on the path to ruining his career. The Australian has been marred by controversy with allegations of tanking matches and unsportsmanlike conduct. At the end of 2016 he was briefly suspended from the ATP Tour for his behaviour during the Shanghai Masters. Kyrgios’ most recent incident occurred during October in Shanghai, where he engaged in an argument with the umpire after the official said his effort in the first round match was ‘borderline.’

“He’s going to run himself out of the game at this point, which I don’t want to see. But that’s what’s going to happen. It’s as clear as day,” McEnroe told the Nine Network’s 60 Minutes program.

Like Kyrgios, McEnroe was also a fiery figure on the court when he was a player. The American is remembered best for his outburst at Wimbledon when he said shouted ‘You cannot be serious’ in anger following a call.

The two figures have worked together during the Laver Cup over the past two years with McEnroe being the captain of Team World. The American has described the 23-year-old as ‘the most talented player’ of the past decade. So far in his career, Kyrgios has won four ATP titles and peaked at a ranking high of 13th in the world.

“I like him a lot. I think he’s a great kid and actually I think he’s the most talented tennis player that I’ve seen in 10 years,” said McEnroe.
“The difference between Nick and I at the moment is I tried all the time. He doesn’t, for whatever reason. I’m not Sigmund Freud. I wish I was because I like Nick and he’d be good for the sport [if he fully committed]. Obviously it would be good for him. That goes without saying. I think Nick’s a really nice kid.”

Earlier this month, Kyrgios confirmed that he was seeing psychologists to help him ‘get on top of his mental health.’ During an interview with The Canberra Times, he admitted that he had left it too long to get help.

Kyrgios is set to kick-off his 2019 season at the Brisbane International, which will get underway during the first week in January.

McEnroe says Australia’s own bad boy of tennis Nick Kyrgios is the most talented player he’s seen in 10 years. But he does have a word of warning for the young star #60Mins pic.twitter.com/6qT5pC5wP1 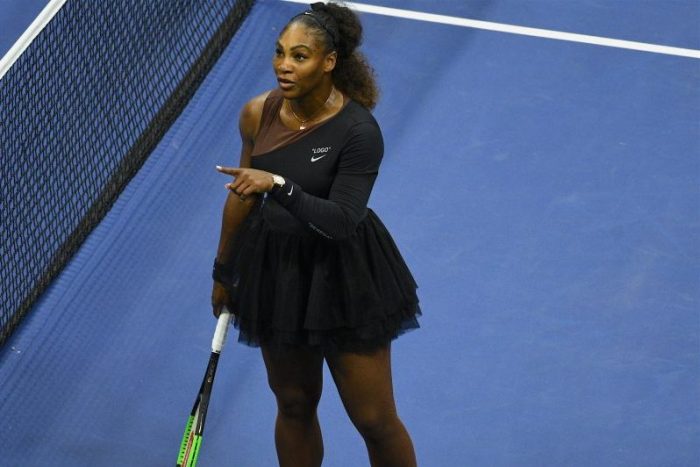 Elsewhere in his interview with 60 Minutes, McEnroe also spoke out about Serena Williams. Williams hasn’t played a competitive match since her controversial US Open final clash with Naomi Osaka. During the match, she engaged in a heated argument with the umpire. Who she accused of being sexist. The 37-year-old was given three warnings for coaching, which she denied, racket abuse and verbal abuse. Resulting in her suffering a game penalty and later a $17,000 fine.

“Look at the world that we live in and you’re going to sit there and tell me what Serena Williams did on the court is comparable to the insanity that we’re living in right now?” McEnroe commented about the incident.
“I mean, come on. Give me a break.”

The fallout from the incident dominated headlines around the world and sparked a debate about if sexism is an issue in the sport. Nevertheless, McEnroe believes a lot of it has been blown out of proportion. Admitting that he has ‘done worst himself’ as a player.

“I think she went too far,” he said.
“She obviously was getting her derriere kicked (but) I didn’t think it was that extraordinary.
“I’ve done worse myself.”

In 2017 McEnroe raised eyebrows by saying Williams would struggle to get into the top 700 on the men’s tour. Prompting the 23-time grand slam champion to hit back on social media.

Dear John, I adore and respect you but please please keep me out of your statements that are not factually based.

McEnroe was once offered $1 million by Donald Trump to take on the Williams sisters in a battle of the sexes match. Asked if he believes he could still challenge them on the court today, the veteran believes he has the ability to do so if he trained. Even though he officially retired from playing singles on the ATP Tour in 1994.

“The short answer is, as of this moment, if I trained properly and worked hard, I still believe that I could do it,” he concluded.

Roger Federer: “I would have signed to be world number 3 at the age of 37”