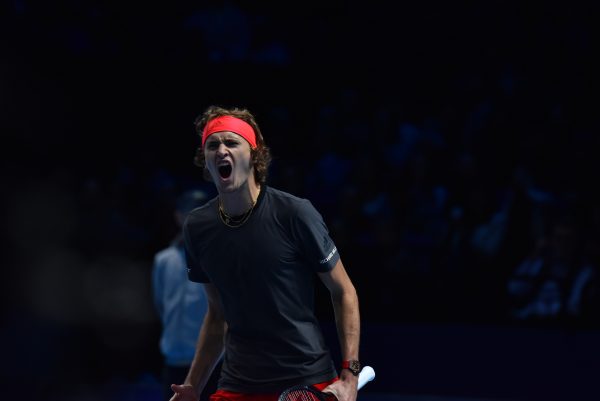 Alexander Zverev has become the youngest player in a decade to win the ATP Finals after blasting his way past world No.1 Novak Djokovic 6-4, 6-3, in the final.

An empathic 80-minute performance saw the world No.5 dispose of a player regarded as one of the most in-form currently on the tour. Djokovic appeared weary as the match progressed as he hemorrhaged 23 unforced errors. Something that proved too costly against Zverev, who won 79% of his first service points. A somewhat unexpected outcome considering the Next Gen star had 6/1 odds to win at the start of the day.

“Right now I can’t really describe it. I’m unbelievably happy, It’s the biggest title that I have ever won.” Zverev said during the presentation ceremony.

For the 18th time in the history of the tournament, two players were squaring off in the final after meeting in the round-robin stages. Unlike their encounter on Wednesday, which Djokovic won in straight sets, the latest clash saw an elevation in quality from the lower ranked player. Drawing cheers from the crowd at a full capacity O2 Arena.

Heading into the match Djokovic had been impeccable on his serve. Winning all 36 of his service games throughout the tournament. He looked on course to continue this trend against Zverev early on, but the resilient 21-year-old managed to secure the breakthrough that nobody else in the tournament had managed to do. Locked at 4-4 in the opening set, back-to-back forehand errors from the top seed gifted the German a break for 5-4.

Unlike yesterday’s incident with the crowd where he was surrounded by a hostile environment, a dose of Zverev mania burst out as he served for the opening set. Being spurred on by the cheers, the world No.5 raced to 40-0 before converting his second set point with the help of a Djokovic forehand going beyond the baseline.

Edging closer to being only the third player to defeat the Serbian since the Wimbledon championships, Zverev continued to produce some inspired play. A gut-busting 26-shot rally concluded with a thunderous forehand as he broke at the start of set number two. However, the momentum was short-lived as Djokovic broke back in the next game to revive his chances.

Despite the Blip, Zverev continued to be the more consistent and stronger of the two against his weary opponent. At times Djokovic appeared to be fatigued after some grueling points. Reminiscent of his straight-sets loss to Karen Khachanov at the Paris Masters earlier this month.

“You definitely played much better than you did during the group stages and you deserved to win,” Djokovic said to Zverev afterward. “Obviously well done. You’re still quite young, but you have already had an amazing career. I wish you all the best for the future.”

Continuing to weather the storm, Zverev overcame some shaky moments to claim one of the most prestigious wins of his young career. After seeing his first championship point come and go, he triumphed on his second in spectacular fashion. Hitting a stunning backhand down the line past Djokovic. Prompting him to collapse onto the ground in delight.

“We played twice this week and everybody knows how good of a player you are, but I want to mention how good of a person you are too. We’ve had so many talks. No only about tennis, but about other stuff. All different kind of subjects.” He said in tribute to Djokovic.

Zverev’s triumph occurs less than four months after he starting working alongside Ivan Lendl. A five-time winner of the event, who has also guided Andy Murray to the title.

“Ivan, thanks for joining the team. I think it’s working out for now and I hope that is going to continue like that.” He said to the former world No.1.

Zverev has become only the fourth player in history to defeat both Roger Federer and Djokovic in the semi-final and final of the same tournament. He exits the tournament with $2,509,000 in prize money and 1300 ranking points

The 2018 ATP Finals concludes with 14 out of 15 matches ending in straight sets.

Alexander Zverev: “My coach won’t stop crying until next year”