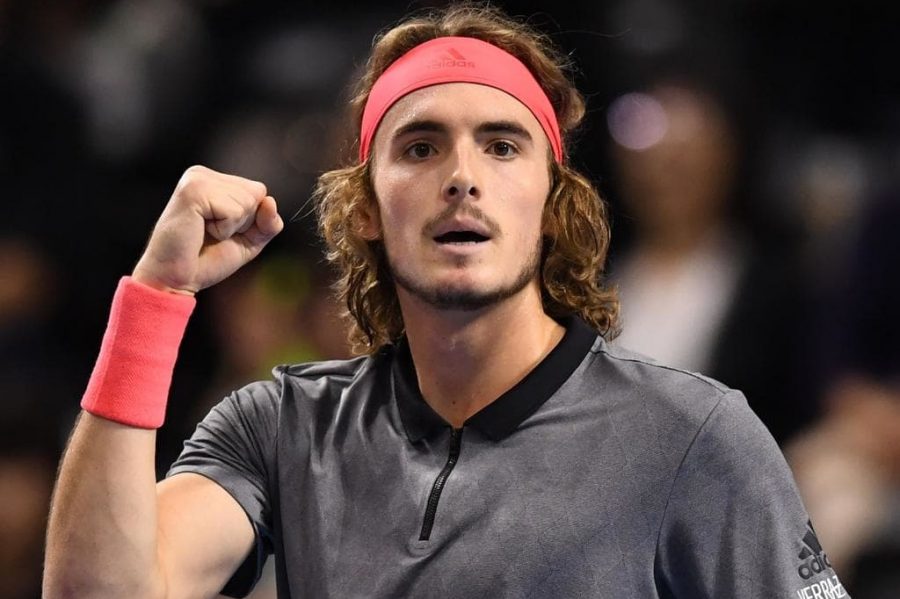 Stefanos Tsitsipas cruised past Fabio Fognini 6-3 6-2 in the semifinal of the Intrum Stockolm Open at the Kungliga Tennishallen to quaify for his third final this year after Barcelona and Toronto.

Tsitsipas won 70 percent of his service points and fended off all four break points he faced during his first head-to-head match against Fognini.

In the opening set Tsitsipas held his serve in the third game at deuce to take a 2-1 lead. The player from Athens converted his second break point chance in the eighth game to open up a 5-3 lead. Fognini earned three break points with two backhands and an error from Tsitsipas, but he did not convert them. Tsitsipas brought up four set points, but he wasted them after three double faults. Fognini earned another break point but Tsitsipas held his service game to close out the first set 6-3.

Tsitsipas earned three break points in the first game of the second set, but Fognini saved them with a drop shot. Tsitsipas converted on his fourth break point in the third game to take a 2-1 lead. Fognini suffered from an ankle injury, but he held on his service game for 3-2. Tsitspas earned his double break to race out to a 5-2 lead and served out the match 6-2 at 30 in the next game.

The Greek Next Gen player was playing in his fifth semifinal this year. He improved his win-loss record to 3-2 in his five semifinals this year with wins in Barcelona, Toronto and Stockolm and defeats to Alexander Zverev in Washington and to Joao Sousa in Estoril.

Fognini was bidding to reach his fifth final this year. In the best seaon of his career the Italian player reached nine semifinals and won three titles in Sao Paulo, Bastad and Los Cabos. He reached the semifinal in Stockolm for the second consecutive year. He lost to Grigor Dimitrov in the semifinal of the Swedish tournament last year.

“Fabio has been in the top 20 for many years. He won many titles this year and has had a fantastic year. This victory has a lot of value to it”,said Tsitsipas.

Tsitsipas became the youngest player in ATP World Tour history to beat four top 10 players in this year’s Toronto’s Rogers Cup (Dominic Thiem, Novak Djokovic, Alexander Zverev after saving two match points, and Kevin Anderson after fending off another match point). He became the youngest Masters 1000 finalist since 19-year-old Novak Djokovic at 2007 Miami. Stafanos is coached by his father Apostolos. His Russian mother Julia Salnikova was a top Soviet player in the 1980s. His father helped Stefanos develop his aggressive game and his one-handed backhand.

Tsitsipas has already qualified for the ATP Next Gen Finals in Milan, but he has still a small chance to seal his spot for the Nitto AT Finals in London, as he is ranked world number 14.

“I have been feeling great on the court and I believe that I deserve more than playing at the ATP Next Gen Finals. Obviously the Next Gen Finals are a great campaignand it def

Tsitsipas set up a final against Latvia’s world number 145 player Ernests Gulbis, who came back from one set down to beat John Isner 1-6 6-3 6-3. Isner, who beat his compatriot Tennys Sandgren in three hard-fought sets in yesterday’s quarter final, converted his third break point chance at deuce in the second game and held his serve in the next game after two deuces to build up a 3-0 lead. The US player earned his double break at 15 in the fourth game en route to winning the first set 6-1.