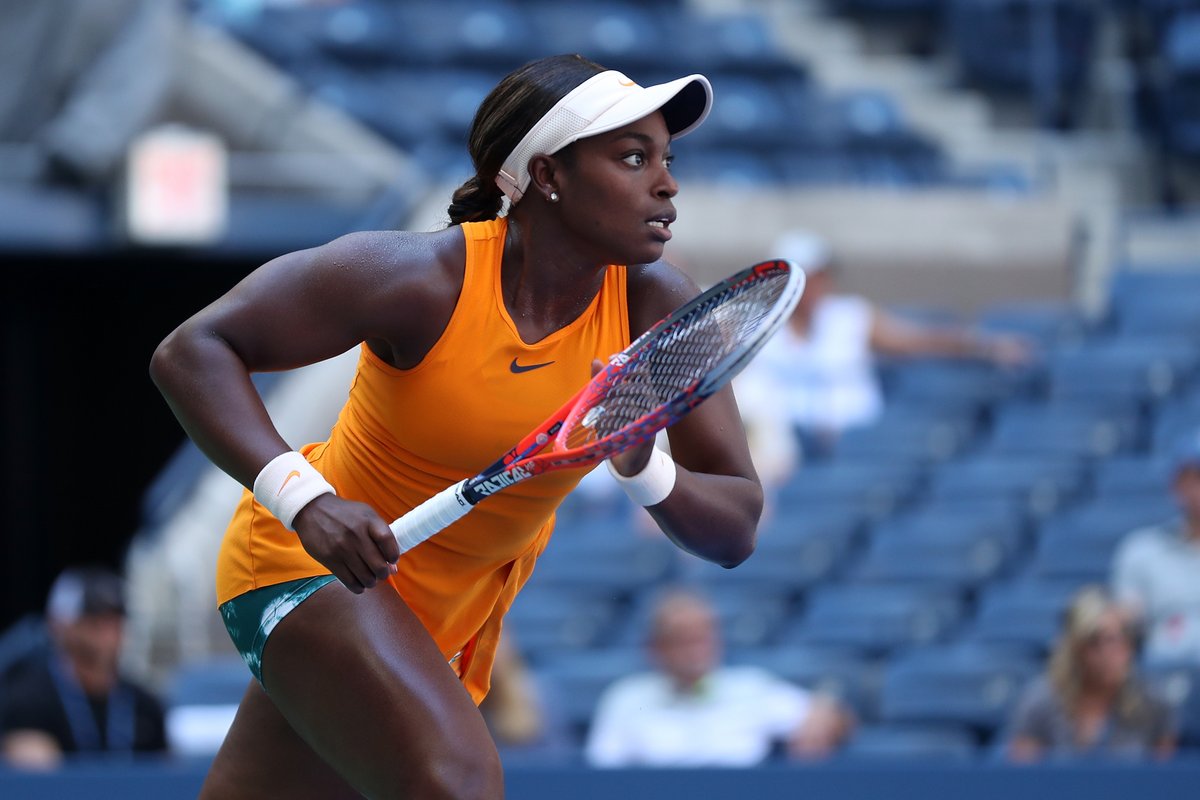 Sloane Stephens produced a superb late fightback to beat Kiki Bertens 7-6(4) 2-6 6-3 and go top of the Red Group at the WTA Finals.

The American, 25, will qualify for the semi-finals unless both Bertens and Angelique Kerber win their last group stage matches.

When she was 2-0 down in the decider, the World No.6 seemed set for what would have effectively been a knock-out third match with Kerber. However, she turned it around to put herself in the best possible position ahead of that clash with the German.

Stephens made an excellent start to the match. She barely missed a ball as she raced into a 3-0 lead after just nine minutes.

However, she could not keep it up and, as her level dipped, Bertens began to settle into a rhythm and she won the next two games to cut the deficit to 2-3.

From that point on, it was a bit of a scrappy set as both players made a lot of errors. Consecutive breaks took the score to 4-3, and then three comfortable holds made it 5-5.

Bertens sensed a chance of a break in game 11 when she took Stephens to deuce on her serve. But she wasted it by making two sloppy errors – one on each side.

And that was the pattern. There were plenty of good rallies, but most of them were ultimately decided by a mistake.

After the Dutchwoman held serve to take it to a tie-break, she made yet more errors to fall 5-1 behind. There was no way back from that point for her, and the American closed out the breaker 7-4. 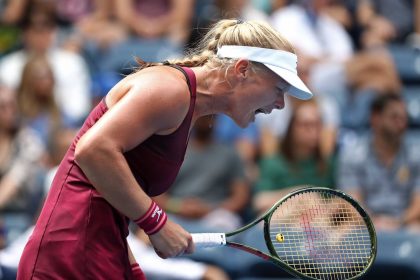 It remained a tense affair in the second set. Stephens started it poorly and Bertens capitalised to break her twice and open up a 4-1 lead.

The American then faced two more break points in game six. She tried to save the first by being aggressive. She came to the net and drove the ball down the line. But Bertens was ready. She crouched down and drilled a backhand past Stephens and into the corner to seal the break.

The 2017 US Open champion suddenly sparked into life when her Dutch opponent had two set points. She hit two winners – a drive volley and a cross-court forehand – to get to deuce.

Bertens then made a double-fault to gift Stephens a break point. She was unable to take that one, but she soon earned another with a good backhand volley. She took it thanks to an error from the World No.9.

However, that break was only a temporary reprieve for the American, who failed to hold serve at any stage in the second set. The Dutchwoman played an aggressive game to break Stephens for a fourth time in a row and clinch it 6-2.

Stephens fights back to take the decider 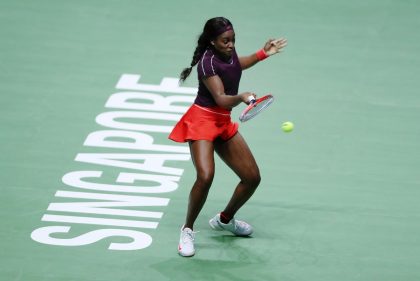 The World No.6 continued to struggle at the start of the decider. She failed to match Bertens’ energy around the court and this enabled the Dutchwoman to control most of the points with ease.

After Bertens raced into a 2-0 lead, Stephens showed some fight. She battled her way to a crucial break to get herself back into the match, and then held to level the score.

That was all it took to ignite the competitive streak in the American. She fought for every point in game five and the pressure told on her Dutch opponent, who eventually lost the game by making an unforced error. Stephens then held again to make it 4-2 and complete a remarkable turnaround.

It was a change of momentum that proved to be terminal for Bertens. She held serve once to stay in contention, but she could not hold on a second time as Stephens took control of the rallies in game nine to gain her third break of the set and seal it 6-3.