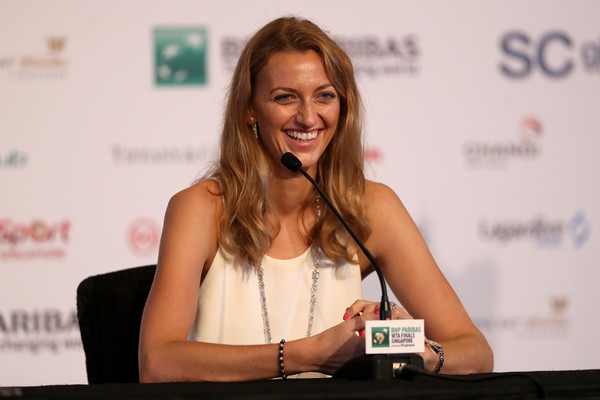 Two time grand slam champion Petra Kvitova has said that she is ready to ‘mix it up’ as she prepares for her WTA Finals return in Singapore.

The 28 year-old has the most titles on the WTA tour in 2018 and believes the key to her success is variety as she looks for a strong return in Singapore.

When speaking to the press on Saturday, Kvitova explained that power alone is no longer good enough on the WTA tour, “But if you’re still playing just aggressive and this is only one plan that you have, you can win some of the matches, but you can’t really win so many and have some titles,” Kvitova explained.

“So you can hit like two, three winners, but when the opponent gets the second and third shot, then you miss it. I think sometimes it’s really tough to find a balance between those really, like, great shots and just not that powerful ones.”

The 2011 WTA Finals champion also praised her fitness levels this season, “I think my fitness improved, as well. So I do have those ability to catch a lot of balls and maybe not try to make winners and make mistakes,” Kvitova said.

“So if I do have the option, go for it. But if I don’t, I just don’t risk it as much. But, yeah, I think the game changed a bit. I like playing some more volleys than before, serve and volley sometimes, and trying to mix it up a bit.”

The Czech Republican will be looking to use her variety, when she takes on Elina Svitolina on Sunday evening in the first match of the tournament. The current Madrid Open champion has the advantage in Sunday’s match as she has a 7-1 head-to-head record over the Ukrainian.