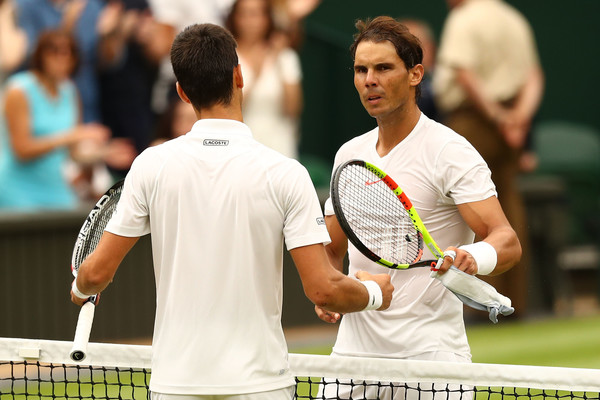 The two best players in the world, Rafael Nadal and Novak Djokovic have received a caution by Amnesty International about their participation in an exhibition in Saudi Arabia.

The duo will compete in Jeddah on the 22nd of December in an exhibition match, where they will both receive at least one million dollars.

However the event has caused a lot of controversy and Amnesty International have called on the duo to use their global popularity to speak out on Saudi Arabia’s poor human rights record.

When announcing the event both Djokovic and Nadal received a negative response from their fans after the event was announced a day after the disappearance and alleged murder of Saudi journalist, Jamal Khashoggi.

The event is being used by the Saudi government to enhance its regime through sport and protect its reputation. There are other events which have been held in Saudi Arabia to do this, including Brazil v Argentina in a friendly a few days ago as well as the WWE Wrestling event.

Speaking to The Times, Allan Hogarth of Amnesty International offered a caution to Djokovic and Nadal, “It’s not for us to say which countries should and shouldn’t be hosting sporting competitions, but it’s also clear that countries like Saudi Arabia are well aware of the potential for sport to subtly ‘rebrand’ a country,” Hogarth said.

“It’s up to Nadal and Djokovic where they play their lucrative exhibition matches, but if they go to Jeddah we’d like to see them using their profiles to raise human rights issues. Tweeting support for Saudi Arabia’s brave human rights defenders would be a start.”

Since announcing the event, both Djokovic and Nadal have refused to comment further on the event as they face a battle against each other for the year-end world number one spot.

The next tournament for Nadal and Djokovic will be at the final masters 1000 event of the season in Paris in two weeks time.