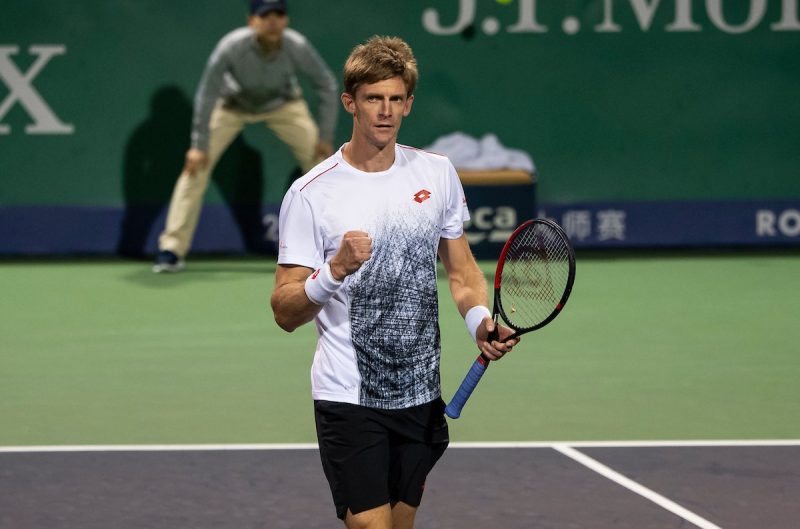 Kevin Anderson earned the biggest title of his career as he claimed the Erste Bank Open title in Vienna with a 6-3 7-6(3) victory over Kei Nishikori.

The South African, 32, previously won ATP 250 trophies in Johannesburg, Delray Beach, Winston-Salem and New York, but this is the first time he has come out on top at an ATP 500 event.

“It means a lot to me to finally win my first title here in Vienna,” Anderson said. “Five or six years I watched Tomas (Berdych) playing Dominic (Thiem) here and the crowd support was something I’ve never seen before. It wasn’t quite the same for me playing here, but having so many people come and watch us throughout the week is really unbelievable.”

Anderson started the match on the front foot as he recorded two comfortable holds and put pressure on Nishikori’s serve.

The Japanese player saved a break point in his opening service game, but he had no idea of the barrage that would soon follow.

In the fourth game, Anderson earned two break points when he opened up a 15-40 advantage. Although Nishikori saved them both and gained several game points, the South African refused to make it easy for him to hold and he kept dragging the score back to deuce. 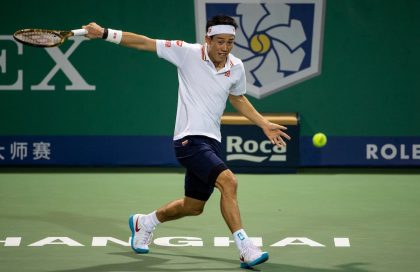 A couple more break points for Anderson came and went, but eventually the tension got the better of Nishikori and he hit a backhand wide to give the World No.8 the break he was looking for.

The second set was very different. Both players dominated on serve and, despite considerable effort, neither player managed to create a break point opportunity until the ninth game when the South African had a chance.

However, Nishikori quickly snuffed it out and three holds later the set rolled on into an inevitable tie-break.

The Japanese made the worst possible start as he immediately surrendered a mini-break. Anderson then thundered down a few huge serves to move 5-2 up.

By this point, Nishikori looked weary as the strains of the week took their toll. He lost another point on his serve to give Anderson two chances to finish the match, and the big South African took the first with an ace.