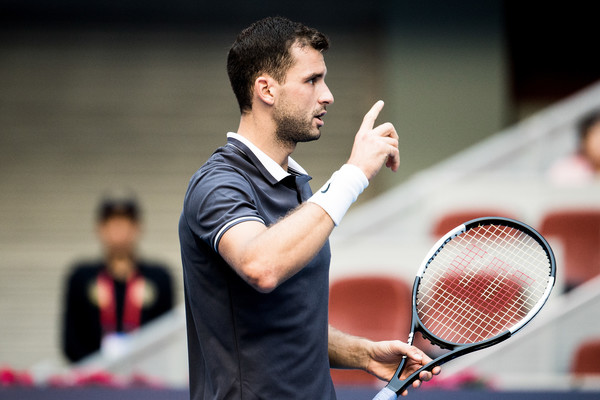 World number eight Grigor Dimitrov has withdrawn from the Rolex Shanghai Masters next week citing an ankle injury as his main reason.

The Bulgarian has had a poor second half of the season after having such a strong start to 2018 in January where he reached the Brisbane semi-finals and Australian Open quarter-finals.

Since his semi-final run in Monte-Carlo in April, Dimitrov has only reached two quarter-finals on the ATP World Tour which were in Barcelona and Toronto.

Now the Bulgarian’s season has got even worse as he has withdrawn from next week’s Shanghai masters where he was due to defend quarter-final points from last year. The reason has been officially confirmed as an ankle injury as he looks to rest for the indoor hard court season in Vienna and Paris.

The world number eight looks to take a mental rest as he hopes the 2019 season will be better and more consistent than the season he has had this season.

The grand slams have also been a disappointment for Dimitrov as he has only won two matches at grand slam level this season since the Australian Open.

Here is a look at Dimitrov’s season in full as he looks to finish the year strong starting with the 500 event in Vienna which starts on the 22nd of October: