Wrist Injury A Blessing In Disguise For Kei Nishikori - UBITENNIS 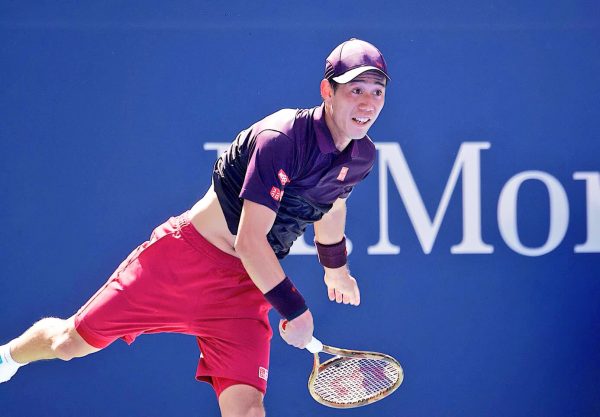 A year ago Kei Nishikori wasn’t at Flushing Meadows and didn’t even want to watch the grand slam on TV. Now he is set to play in the quarter-final of the event.

The former US Open finalist has endured a roller-coaster journey on the tour within recent months. Towards the end of 2017, a tear in the tendon in his right wrist sidelined him from the tour for five months. Forcing the Japanese No.1 to miss two consecutive major tournaments (US and Australian Open) for the first time since 2010.

“I got injured in Cincinnati, and I took some time off from tennis. At that time I didn’t really want to see any matches, because I know if I watched, I wanted to play.” Nishikori reflected about his 2017 woes in New York.
“After Cincy, I took maybe a month doing nothing and just doing rehab.”

Nishikori’s comeback trail started in January at two American Challenger events. Since then, he has rapidly gained in momentum. At Monte Carlo in April he scored back-to-back wins over Marin Cilic and Alexander Zverev on route to the fourth Masters 1000 final of his career. Since then, he has reached the fourth round of the French Open followed by the quarter-finals at Wimbledon.

“Monte-Carlo was really a surprise for me to get to the final again. Even though I had some pain (in my wrist), I played through and that gave me a lot of confidence.” He said.
“Clay court season was great. My first time getting to the quarter final in Wimbledon and everything, it’s going well this year.”

Ironically the injury break was in some way a blessing in disguise. The world No.19 has managed to go about his business on the tour without being hit with the burden of expectation. Nishikori is a superstar back in his home country and is one of the highest paid athletes in the world, according to Forbes magazine. It is estimated that he earned $33 million in endorsements alone within a 12-month period.

“This year is easy for me, because I don’t expect any big result.” Said Nishikori. “I try to play one match at a time.”
“This week it’s been great. Every match I have been playing really good tennis and I had maybe more pressure a few years ago.”

The latest boost for the 28-year-old is at this year’s US Open. On Monday he dismissed Germany’s Philipp Kohlschreiber 6-3, 6-2, 7-5, to reach the quarter-final of the tournament for the third time in his career. His latest performance saw him hit 29 winners to 18 unforced errors and convert six out of his 11 break point opportunities. Earlier in the tournament he defeated Gael Monfils followed by 13th seed Diego Schwartzman.

Whilst he is back to full fitness, Nishikori is taking nothing for granted. Admitting that he continues to experience aches and pains similar to what many of his rivals also experience on the tour.

“I still have some (pain) too. I mean, I can play, but I still have little things everywhere in my body. But my wrist is doing well.” He explained.

Nishikori will play either Marin Cilic or David Goffin in the quarter-finals at the US Open.