After US Open Success, Naomi Osaka Set To Become One Of Sports Highest Earners - UBITENNIS 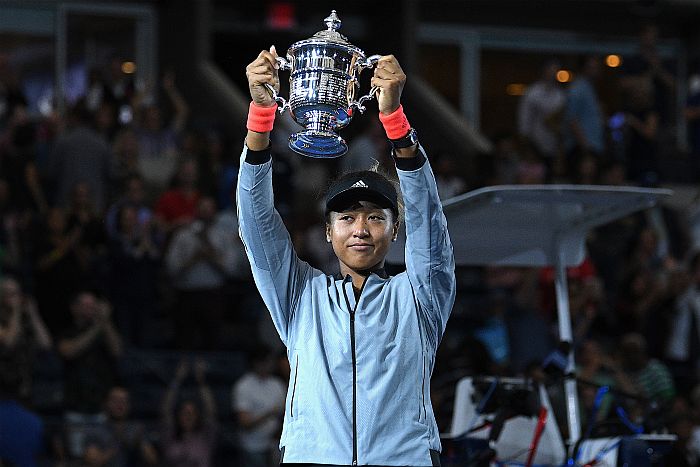 Naomi Osaka is on course to become one of the highest-paid female athletes in the world following a hike in sponsorships coming her way.

On Saturday the 20-year-old became the first Japanese player to win a grand slam title after defeating Serena Williams at the US Open. Since then, Osaka’s popularity in her country of birth and elsewhere has surged. Appearing on the front pages on almost all of Japan’s main national newspapers and receiving a congratulatory message from prime minister Shinzo Abe.

Osaka’s new found frame is also set to earn her millions in the coming years. On Thursday Nissan announced a new three-year deal with the world No.7. Where she will become the newest ambassador for the car manufacturer. Nissan hopes the signing of Osaka will make the brand appeal more to a younger demographic.

“This week has been a dream come to life, and I’m so honoured to represent Japan and Nissan on the world stage,” Osaka at a special event where the deal was announced, according to a Nissan press release.
“The brand is always challenging expectations, and I look forward to bringing its vision for driving excitement to new audiences around the world,” she added.

Under the deal, Osaka will appear in global promotions and advertisements for the company. She will also be provided with vehicles from the company to use when she travels to tournaments around the world.

“With a combination of grit and grace, Naomi Osaka is not afraid to take on the best tennis players of our time, and win,” said Asako Hoshino, senior vice president of Nissan Motor Co., Ltd. “This is the same spirit of performance that Nissan has embodied throughout our history – exemplified most recently by the Nissan LEAF, which defied the odds to become the best-selling electric vehicle in the world. And just like Naomi, Nissan is just getting started.”

Osaka is also reportedly in line to score another huge deal later this week. The Times Newspaper has reported that the Japanese player could sign a deal with Adidas worth $8.5 million per year. Should this occur, it would be the biggest deal ever involving a female tennis player. Osaka’s deal with Adidas is likely to be announced in the near future, according to her agent Stuart Duguid.

“I thought she would be an unbelievable player with marketing potential through the roof,” Duguid told The Times.
“We manage Nishikori so we know how strong that market is for endorsements.
“It’s very attractive for us and the blueprint was there.”

Part of the reason behind her massive appeal to the public is due to her heritage. Osaka has a Japanese mother and Haitian father, but has lived in America since the age of three. Making her appealing to a mixture of markets.

Elsewhere, the rising star of the women’s game also has endorsements with the Japanese sporting goods manufacturer, Yonex, food company, Nissin and Wowow.

Amid the hype surrounding Osaka, she is currently in Japan ahead of next week’s Pan Pacific Open. Looking ahead to the rest of the season, the US Open champion is targeting a spot in the year-end finals as well as breaking into the world’s top five.

“I think for this year my immediate goal would be to get to Singapore,” Osaka told reporters.
“I want to do well at the Pan Pacific Open and maybe year-end top five – but I’m not putting pressure on myself. For now I’m just sort of riding the wave.”

Looking further afield, Osaka is also aiming to strike gold in 2020 when the Olympic Games are held in Japan. The country has only ever won three Olympic medals in tennis, but none of them have been by a woman. In the Open Era, Kei Nishikori is the only Japanese player to medal after winning bronze at the 2016 games.

“Of course I’m very excited the Olympics are going to be held in Tokyo,” She said. “It’s every athlete’s dream to play in the Olympics, so of course it would be my goal to win gold.”

Osaka will be seeded third at the Pan Pacific Open, which will begin on Monday.