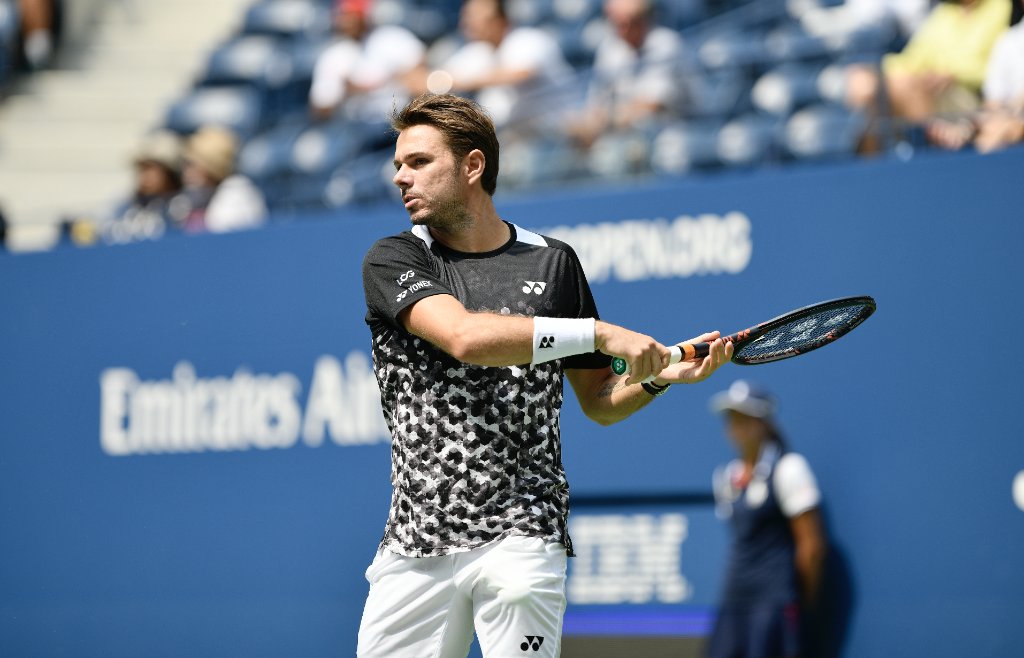 Stan Wawrinka made a winning start in St. Petersburg on Monday, dispatching Aljaz Bedene in a pair of tight sets, 7-5, 7-6, in the opening round.

Wawrinka, the 2016 finalist on the indoor hard courts, put only 52 percent of first serves in play but won two-thirds of total service points, saved four of five break points he faced and won the decisive final two points in each set.

“I’m happy to play here again in St. Petersburg,” Wawrinka said in his on-court interview. “I’m happy with the first win. I think it was a great level.”

The three-time grand slam champion turned the match in his favor late in the first set. He earned three break points when Bedene served for the set at 5-4, converting the third when the Slovenian sent a forehand long. He then had three set points in Bedene’s next service game at 5-6, and converted the final of those opportunities with a rapidly whipped forehand into the corner.

That did not, however, open up the match for Wawrinka, currently No. 88 in the world. He faced four break points in his first three service games of the second set, while failing even to push a return game to deuce until the 10th game of the set.

The 33-year-old, however, clamped down on his serve to reach the tiebreak. There, he could not hold an early mini-break lead, but secured one at 5-5 and then won a lengthy second-serve rally on his first match point.

The victory continues a gradual return to form for Wawrinka, who missed the second half of 2017 and much of spring this year, but made the quarterfinals in Cincinnati and third round at the U.S. Open in his last two events. He will next meet No. 4 seed Karen Khachanov, the home favorite and current No. 1 Russian.

Bedene, meanwhile, remains without a hard-court win since January.