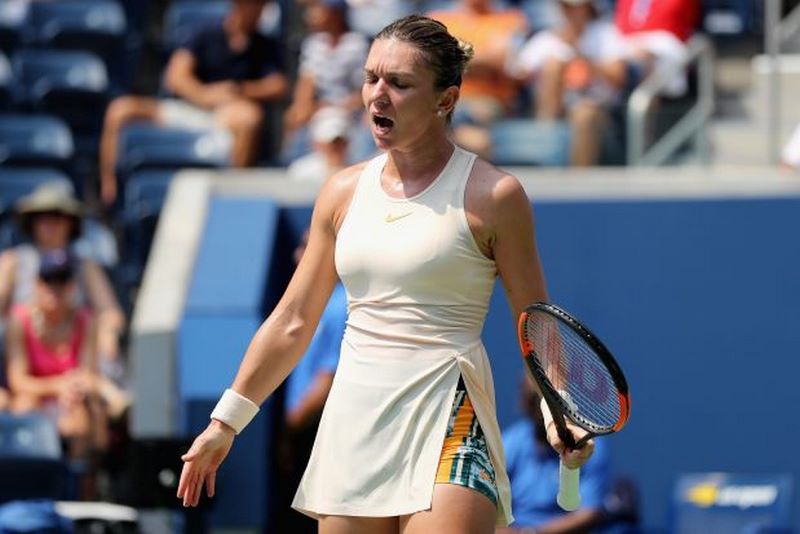 Simona Halep has admitted that she is concerned about her current fitness after being forced to retire from her first round match at the China Open on Sunday.

The French Open champion was taking on Tunisia’s Ons Jabeur, but called it quits after dropping the first set 6-1. Halep has been troubled by a back injury in recent days. She first developed the issue at last week’s Wuhan Open. During a training session with Petra Kvitova, Halep said her back ‘locked up.’ She then lost in the first round of the tournament to Dominika Cibulkova.

Speaking about her latest match, Halep has confirmed that she will undergo an MRI to establish the status of her current injury. Raising fears about what will happen with the rest of her season. The WTA Finals, which she has already qualified for, will get underway on October 21st in Singapore.

“There is a pain. I couldn’t move properly, so that’s why I stopped. I don’t know exactly what it is. I will go home. I will have an MRI and I will see,” the World No.1 told reporters.
“I’m just worried now. I feel sad that I couldn’t finish. That’s why I stopped, because I felt like it’s getting worse if I continue. It’s really tough when you have back injury because you cannot bend, you cannot react at the balls. I couldn’t play.”

Halep had previously underwent treatment on her back last week. Whilst she said the treatment helped her with the issue, the Romanian admits that it has failed to solve the problem. According to the AFP, Halep has said that her back pain is different to that she experienced in Wuhan.

“In Wuhan, the lower back was blocked so I couldn’t move for two days there. Then with a lot of treatment, it was better. I started to feel in the muscle a lot, and it was really, really contracted. I did the treatment, and the muscle was better, but now I still feel the bone.” She explained.

There are now doubts over if Halep will be able to compete at her next scheduled event. The 27-year-old is set to play at the Kremlin Cup in Russia, which will get underway on October 13th. A week before the Singapore finals.

At the China Open Halep’s conqueror, Jabeur, will take on Donna Vekic in the second round on Monday.