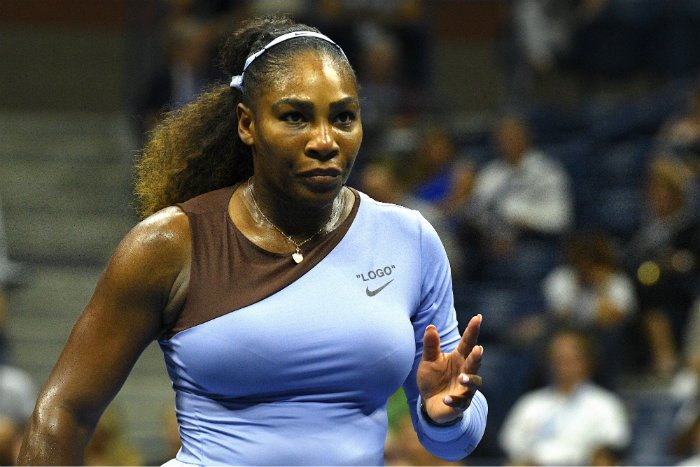 It is rare that on the evening of the Davis Cup the main talking point focuses on a women’s match, but that is a scenario that many ties have found themselves in this week.

Serena Williams’ now infamous confrontation with umpire Carlos Ramos has made headlines around the world and split public opinion. During the US Open final, the former world No.1 receive a total of three warnings. The first was for alleged coaching, which Williams heavily disputed. Although her coach, Patrick Mouratoglou, admitted that he was doing so after the match. She was then given a second penalty for racket abuse before having a game penalty for calling Ramos a ‘liar.’ Williams was later fined a total of $17,000.

“It’s been polarized and in some ways politicized,” US captain Jim Courier told The Associated Press on Thursday. “But we have no doubt that Carlos was just enforcing the rules as he sees them.”

This weekend the USA travel to Zadar to play Croatia in the semi-finals of the Davis Cup. The tie will be officiated by Ramos. The consensus around the American camp is that they do not believe sexism was a factor in the women’s final. Pointing out Ramos’ extensive experience in the sport.

“It’s hard to say one side or the other without causing a big stir,” Ryan Harrison commented about the debate. “In a situation where we know Serena is unbelievable; she’s iconic; and we know that Carlos is there because he’s worthy of being there for those matches.
“I know Carlos and I know he’s not looking to put himself in a difficult position. I truly believe he was trying to do what he felt like was right at the time and always in heated situations it’s going to be a very sticky, sticky spot whenever it’s in a Grand Slam final like that.”

‘The reaction was pretty overboard’

At other Davis Cup ties, similar opinions have been voiced. In Glasgow, Great Britain will play Uzbekistan in the world group playoffs. A clash that will be missing both Andy Murray and Kyle Edmund. Doubles specialist Jamie Murray will be playing. Asked about his opinion on Williams, Jamie believes the claim that men and women are treated differently is ‘a bit far fetch.’

“I think the umpire did what was within his rights.” He said during an interview with BBC Sport.
“Coaching is common, a lot of people are doing it, some people aren’t getting called for it. To get called in a Grand Slam final was perhaps a bit tight, but I think the reaction was pretty overboard.
“I’ve seen a lot of people get called for coaching before, and you might have a grumble and stuff, but you get on with it.”

In South America, where Argentina will lock horns with Colombia, Diego Schwartzman was another to play down the hype. Speaking about his own experience of playing matches under Ramos’ watchful eye.

“Sometimes, as a sportsman you lose your temper on the court and it does not mean that it was the real feeling, it happens to everybody many times, but the next day you have to apologize and realize that you made a mistake.” Schwartzman told La Nacion.
“It seems to me that Ramos acted well, it had nothing to do with Serena (personally). Her coach acknowledged that he coached her, (she) broke a racket and insulted him. Rules are clear.
“I understand Serena when she says that perhaps they (the rules) are not enforced (applied) with some players.”

Williams has not spoken in public since her Saturday night press conference in New York. Meanwhile, the first day of the Davis Cup will get underway on Friday.