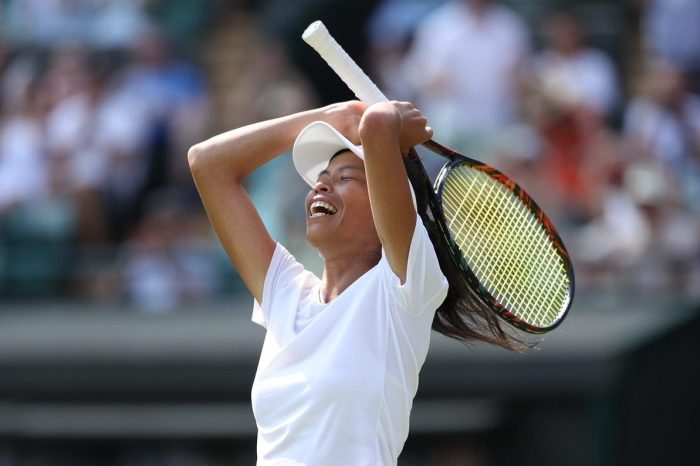 Second seed Hsieh Su-wei has won the Japan Open after brushing aside rising star Amanda Anisimova 6-2, 6-2, in the final on Sunday.

The 32-year-old was competing in her first WTA tour final since 2012 and it was her experienced that proved pivotal against the American. Anisimova, who turned 17 less than three weeks ago, was playing in her maiden tour final. Ultimately, it was Hsieh’s firepower in her shots that dominated the match as she hit 14 winners to just six unforced errors. A sharp contrast to her opponent’s tally of 11 and 23.

In both sets it was a double break that secured Hsieh’s comprehensive win. It wasn’t until she had a set and 4-1 lead that the Taiwanese player endured a blip after dropping her serve for the first time. Nevertheless, it was not enough to change the outcome of the match as she clinched victory after just 58 minutes of play.

The victory is a case of sweet revenge for the tour veteran. Last year Hsieh was crushed 6-0, 6-1, by Anisimova in the first round of the Honolulu Open. A WTA 125 series event.

Despite her straight sets loss, Anisimova has endured a breakout run in Japan. Earlier in the week the qualifier stunned top seed Zhang Shuai 7-6(4), 7-5. Becoming the youngest WTA finalist since Donna Vekic at the 2013 Birmingham International. Anisimova is also set to crack the top 100 when the rankings are updated on Monday.

The Hiroshima title is Hsieh’s third of her career. Following after her double triumph in 2012 where she won titles in Malaysia and Guangzhou. She will re-enter the top 30 for the first time since 2013 as a result of her latest win.

Hsieh is only the third Asian player to win the Japan Women’s Open since it started back in 2009. Following in the footsteps of Tamarine Tanasugarn (2009) and Zarina Diyas (2017).

Related Topics:Su-Wei Hsieh
Up Next