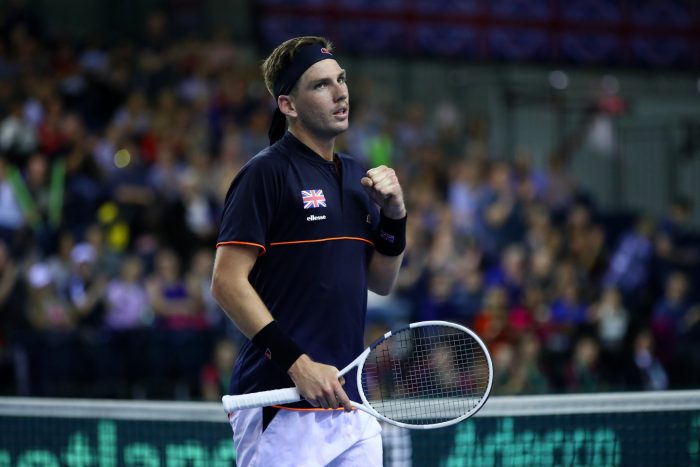 Despite playing in a tie that had little impact on their future in the competition, Great Britain’s passion for the Davis Cup was no less during their win over Uzbekistan.

On Sunday Cameron Norrie sealed the unassailable lead after defeating Sanjar Fayziev 6-2, 6-2, 6-0. Handing the host nation the 3-1 victory with a match in hand. Norrie’s win was also a case of redemption for the world No.70. On Friday he has a two-sets lead against former Australian Open boys finalist Jurabek Karimov before losing.

“I was pretty nervous coming into the tie today and Friday but the crowd got me through it. It’s always difficult playing your first home tie but I learnt a lot this weekend and I’m really proud of the team,” BBC Sport quoted Norrie as saying afterwards.

The win was achieved without the help of either Andy Murray or Kyle Edmund. Both players have opted to miss the event to focus on their fitness. Murray is on the comeback from hip surgery and Edmund has recently been hampered by illness.

Instead Dan Evans clinched a crucial five-set win over Denis Istomin on Friday. Evans was playing his first Davis Cup match since returning from a doping ban. Then in the doubles, Jamie Murray and Dom Inglot triumphed over their Uzbek rivals yesterday.

The tie was a play-off clash between the two countries, but it is technically insignificant due to changes being made to the Davis Cup. From 2019 the first part of the competition will be hosted either home or away followed by a week-long competition taking place at the end of the year. 18 teams will play in one location with Barcelona F.C. footballer Gerard Pique and his company Kosmos being a key investor in the new initiative.

Whilst the importance of Great Britain’s victory have been played down, the same can’t be said about the players or coaches involved.

“We have a great team spirit. What’s important is that before this weekend, a lot of people were saying it was a meaningless tie. I think you’ve seen from both teams, and how the crowd have reacted, this was hardly meaningless. It was brilliant.” Said team captain Leon Smith.
“The crowd like home ties, and so do we. We wanted to win this so we’re seeded for the draw. The new format, now the decision has been made, we have to embrace it.”

Looking ahead to the future, the British team are hopeful that they have a good chance of being awarded a wild card for next year. In the 18-team end-of-year tournament, two teams will gain entry with the help of a wild card. Britain won the Davis Cup title back in 2015.

“It feels like the wild cards are going to be a tricky one for them to decide to allocate before the qualifiers,” Smith said.
“Clearly we’d be a strong candidate based on the last three or four years in the competition, and how we’ve hosted ties. It will be interesting.”

Should they not get a wild card, the British team will be seeded for the first stage of the competition. Next year’s competition will get underway in February.

Rafael Nadal Commits To The French Open On One Condition