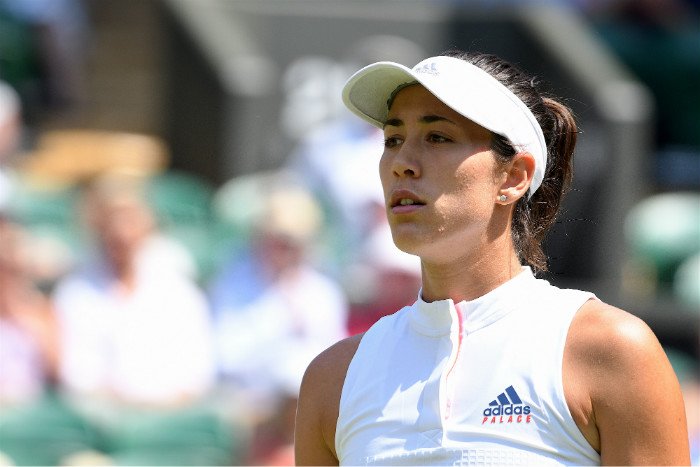 Two-time grand slam champion Garbine Muguruza believes she is playing at a ‘good level’ following her first round win at the Wuhan Open.

The 14th seed downed Belgium’s Alison Van Uytvanck 6-4, 6-0, in just over an hour. Getting revenge for her second round loss to the Belgian at the Wimbledon championships earlier this year. Muguruza’s latest victory saw her win 68% of her first service points as she hit a total of 11 winners. However, the telling factor of the match was Van Uytvanck’s unforced error count of 30.

“I think I played a good match in general. I think my intensity and my concentration on every single point was there,” Muguruza said during her press conference. “She’s a very talented player.
“I’m happy that I won this time. I remember the match from Wimbledon, like a very tough match for me. Was very different circumstances there, and surface of course. Yeah, it’s always good to play again the same person that beat you, you know, feeling good you did something much better than the previous match.”

This week Muguruza is bidding to win back-to-back matches on the tour for the first time since June. In recent months the Spaniard has struggled on the tour, winning just three matches since Wimbledon. Including her latest victory in Wuhan. During the North American swing, she was also hampered by an arm injury that forced her to miss tournaments in San Jose and Montreal.

Currently ranked 14th in the world, the Spaniard believes she is at the right level to challenge the best in the world. Muguruza hasn’t defeated a top 10 player since Caroline Garcia at the Dubai Tennis Championships in February.

“I think my tennis, it’s there,” she explained. “I have been training quite a lot. I think when I play, I feel my level is good. I think I have to put together more matches in a row and make things happen. I think put some pieces together from the previous tournaments, but couldn’t find a way. But I think the level is there.”

Addressing her disappointing losses in recent weeks, the Spaniard has brushed them aside. Saying that it is part of the learning process.

“When you have won big and you have big goals, it’s always tough to not get them when you work hard,” Muguruza admitted. “You cannot have it all the time. I know it’s a process. At some point you cannot be constantly there. Sometimes you just have to stay humble, start from zero, start basic, not have too many expectations.”

Muguruza will play Switzerland’s Viktorija Golubic in the second round on Tuesday.