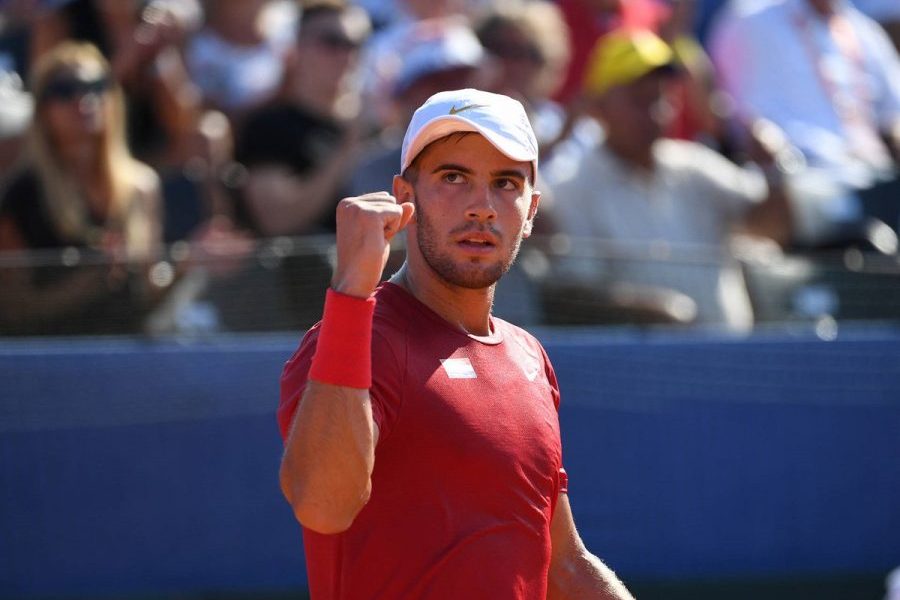 Croatia has reached their third Davis Cup final after Borna Coric clinched a marathon win over Frances Tiafoe in the decisive rubber of their country’s clash with America.

“I felt phenomenal, set and a half, and then I relaxed a little too much at 5-1, and then (I had) a little panic.” Ćorić told Croatian media.
“It was unbelievable. This is the most special moment of my whole life…by far.” He later added.

On what was a day of celebration for Croatian tennis fans, former US Open champion Cilic admitted that he was frustrated with his own performance. He initially had a set and a break lead against Querrey before losing the match.

“It is difficult to look for reasons, but this is a bad day, I was nervous during the match, Querrey played very well in moments when I did not play the best.” He said during his press conference.

Coric’s triumph follows on from Croatia’s success earlier in the tie. On Friday both Coric and Cilic won their singles matches in straight sets to seal a 2-0 lead. Before America battled back to level 2-2 with wins by Ryan Harrison and Mike Bryan in the doubles as well as Querrey.

“Being twice in the final in the last three years is really an amazing result.” Captain Željko Krajan said about his team’s performance.
“I think we are really a super team, a real dream team.”

Sealing a place in their first Davis Cup final since 2016, Croatia will take on defending champions France in November. Who defeated Spain 3-2. The countries are currently tied at 1-1 in their head-to-head. Their last meeting was in 2016 when Croatia won 3-2 in the semifinal.

“It will be difficult in the final against France, they are one of the strongest teams, they have a really good team of players.” Cilic commented about the upcoming clash.

This year’s Davis Cup final will be held in France.

The 25-year $3bn deal in place to protect the team event is coming to an end. It remains to be seen what happens next. 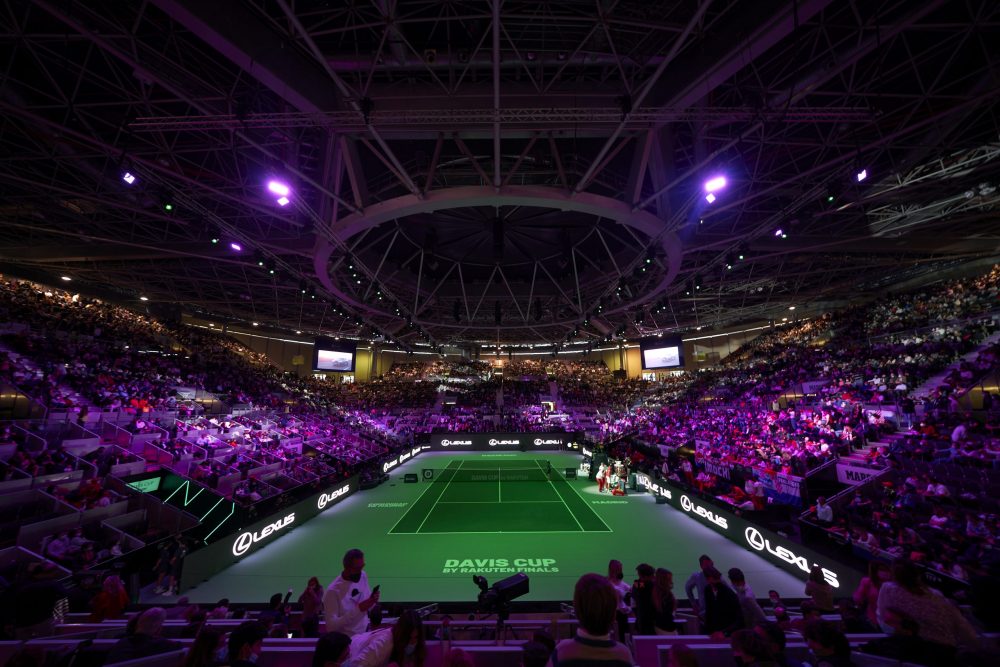 The future of the Davis Cup has been thrown into jeopardy following the departure of investment company Kosmos after they reportedly failed to reach a financial agreement with the International Tennis Federation.

Rumours of the partnership breaking up started to surface on social media on Thursday but Ubitennis has since been able to confirm that this is true through a national tennis federation source. According to the Spanish newspaper Marca, Kosmos’ exit from the Davis Cup occurred after they failed to reach an agreement with the ITF concerning the $40M fee per year.

The development is a massive blow for the ITF who originally signed a 25-year deal with Kosmos worth in the region of $3bn back in 2018 after their AGM voted in favour of making changes to the event. Something that prompted a substantial divide in the sport with critics accusing them of trying to destroy the historic team competition which has been in existence since 1900. Under the agreement, Kosmos took sole responsibility for the Davis Cup and its format.

During recent interviews with Ubitennis over the past three months, the CEO of Kosmos, Enrique Rojas, claimed the organization had desires to make the Davis Cup as prominent as a Grand Slam and said in a separate interview that he wanted to use ‘global ambassadors’ to promote the event.

The timeframe of the negotiations has not been made public and therefore it is unclear when Kosmos officially ended their collaboration.

One of the first officials to react to the development was Dirk Hordotff from the German Tennis Federation who agreed with Ubitennis for his remarks to be published. Hordorff is the current coach of Ricardas Berankis and has previously worked with former world No.5 Rainer Schuettler for 20 years.

“Time to review and heal this nonsense,” he said.
‘Bring back home and away ties which makes the Davis Cup so unique.’
“Solve the key issues of the problem: no short notice for organizations of the ties and have a minimum preparation for each event of one year. Don’t play the final every year and don’t play (the event) in Olympic years. The best thing during an Olympic year would be to have a team event at the Olympics.”

There is yet to be an official statement from either the ITF or Kosmos. However, an ITF spokesperson has confirmed to the AFP news Agency that the partnership is ‘ending in its fifth year.’ It is understood that this year’s Davis Cup will continue under the sole control of the ITF but it remains to be seen what happens to the future of the event.

As for Kosmos, they will still stay involved in tennis in some capacity. Earlier this month they announced the signings of Elina Svitolina, Borna Coric and Andrey Rublev to their management branch.

The tennis star has taken a swipe at his critics while discussing his commitment to the team tournament and if he will participate in it again.

Nick Kyrgios says his decision to not play in the Davis Cup is partly linked to what he describes as ‘negative’ comments from fans in his home country.

The Wimbledon runner-up was absent from the Australian team at this year’s finale which was held in Malaga last month. Australia, which was led by Alex de Minaur, reached the final before losing to Canada.

Despite his success on the Tour, Kyrgios hasn’t played in the Davis Cup since 2019. In the past, he has been publicly criticized for his behaviour in the sport and commitment to tennis. Speaking with the Australian Associated Press, the world No.22 said his decision not to play is partly related to his calendar and desire to spend time at home with his family. Although he admits that he would be tempted to get more involved in the event if he was ‘embraced more’ by the public.

“Maybe if Australia embraced me a little bit more, I would play it and bring home the trophy,” he told AAP.
“But who knows?
“It’s not always easy for me to erase everything in Australia that’s said negatively about me or my family.
“You don’t need that – so it’s interesting that they really want me to play, but are always criticising.”

The 27-year-old is no stranger to controversy and is known for receiving numerous code violations during matches. At his worst, he was slammed with a suspended ban three years ago from the ATP for ‘aggravated behaviour’ following an investigation.

However, Kyrgios’ controversial antics subsided during the 2022 season where he has reached new heights such as reaching his first Grand Slam final at Wimbledon and winning the Australian Open doubles title with Thanasi Kokkinakis. He also won the Washington Open in August.

“I don’t forget the first seven years of my career … they can’t just pick and choose,” Kyrgios commented on the support he has received.
“Look, I’ve always been one of the best players in the world – I’ve always held up my fair share of the bargain towards Australia.
“I feel like this is the first year I’ve earned respect when it should have been given when I first came on tour.
“I’ve represented (Australians), put them on the map, and having produced one of the most successful male years in the last decade for Australia, and am only just getting embraced (now).
“I don’t think that’s my fault.”

Kyrgios returned to the courts on Thursday to play at the lucrative Diriyah Tennis Cup in Saudi Arabia where the champion will receive $1M in prize money. However, his title chances have been ended by Cameron Norrie who beat him 10-6, 10-6, to reach the quarter-finals.

Quizzed about his decision to play at the exhibition event instead of the Davis Cup, the tennis star said it was an easy decision considering the reception he has received from fans and critics.

“At this point of my career, I’ll always do what’s best for me,” he stated.
“I can travel around the world playing exhibitions around this time of year for six figures – you know I feel I put myself in that position – so it’s an easy one for me.”

Kyrgios remains coy about his future in the Davis Cup after saying he might contemplate returning to the competition.

The eight-time Grand Slam winner has hit back at a ruling made by the International Tennis Integrity Agency. 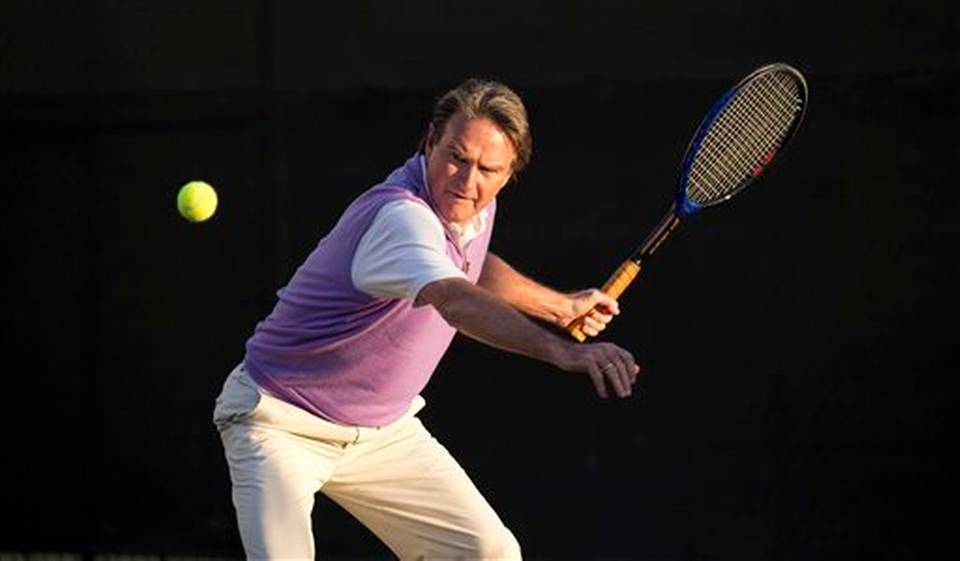 Jimmy Connors believes tennis needs to embrace bettering after branding the decision to penalize two members of the American Davis Cup team for promoting a gambling organization as ‘going back to the dark ages.’

Team captain Mardy Fish and coach Bob Byran have been both issued with a $10,000 fine after admitting to promoting a gaming operator on their social media accounts. The duo have also been hit with a four-month suspended ban which means they must not commit any further offences during this period or they will be excluded from ITF events.

Whilst both Fish and Bryan are retired players, they are still subject to the rules of the International Tennis Integrity Agency (ITIA) as they are considered ‘covered persons’ in the sport due to the nature of their roles. The rulebook states that “directly or indirectly facilitating, encouraging and/or promoting” betting on tennis is not allowed.

“Bob and I did a DraftKings promo during the US Open that we were unaware we weren’t allowed to do,” Fish told The Associated Press via email. “As soon as we found out, I deleted the posts and cooperated with the ITIA.”

Weighing in on the issue, former world No.1 Connors argued that betting can have a positive impact on tennis and that the governing bodies should do more to capitalize on the opportunity. Whilst it is an offence for players and their staff to promote gambling, various tournaments around the world have sponsorship deals with betting companies.

“So what’s the bad thing? Do they wanna go back to the dark ages?,” Connors said on the Advantage Connors podcast.
“That (betting) just brings people more involved and get them more interested you know, what is going on with the players, who is the best, how they compete and so forth.”
“Tennis has been my life, but the excitement of being a basketball fan or baseball fan or football fan, the excitement of bringing that (betting) and being able to get more involved. I wanna watch tennis anyway but what’s gonna make me more involved and to be more part of it?” he added.

In the past, Connors has been open about his gambling addiction. In his autobiography, the Outsider, he revealed he once placed a $1M bet on his battle of the sexes match against Martina Navratilova in 1992 which he won 7-5, 6-2. He has since recovered from his gambling addiction but still believes it can mix with tennis.

Connors is the most decorated ATP singles player in history with 109 titles to his name.