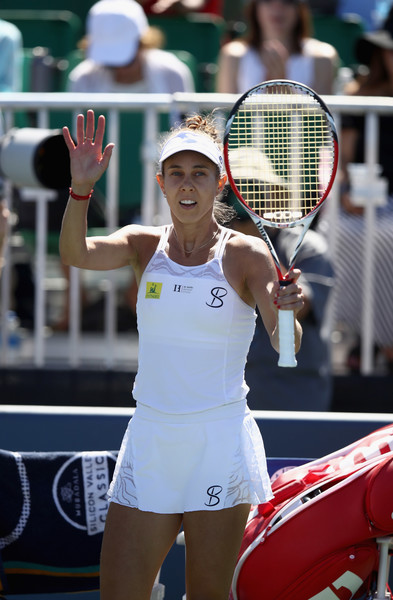 Mihaela Buzarnescu won her maiden WTA title in fine fashion, continuing a stunning rise from tennis obscurity to the top 20 with a 6-1, 6-0 victory over Maria Sakkari in San Jose on Sunday.

The Romanian showed no ill effects of nearly four hours on court a day earlier — in both singles and doubles — as she rolled past Sakkari, winning five of the Greek’s six service games.

Buzarnescu, 30, did not dominate the statistics. She hit just three winners in the first set and needed an hour and 15 minutes to complete the blowout, but forced eight break points and won the big points in nearly every game.

Exactly one year ago, Buzarnescu entered a low-level ITF event at No. 144, reaching the final. She reached her first grand slam main draw by qualifying for the US Open, reached the semifinal of a tour event late last year and reached two finals in the early stages of 2018.

Sunday’s title, however, makes for her biggest career accomplishment. She appears to have finally overcome the extensive injuries that caused her to leave tennis and complete a graduate degree program. She will reach No. 20 in Monday’s rankings.

“I never thought I could play again and reach this level,” Buzarnescu said on-court, adding with a laugh: “I’m sorry that there was no American in the final. But I’m really happy to be on the poster next year. That’s really amazing to me.”

The championship victory was only her second straight set triumph of the week. The No. 5 seed played inconsistently in the early stages, then roared from behind against No. 4 seed Elise Mertens in the semifinals. The lefty rarely hit opponents off the court, instead goading errors and wearing down competitors.

Showing some nerves, the Romanian began her clinching game with a double fault. But she quelled them, firing only her second ace of the match to clinch the title.

I’m just so happy,” she said as she closed her championship speech. “I don’t know what to say anymore.”

Sakkari, meanwhile, could not display the form that saw her win her first six sets in San Jose and reach a maiden final. Still, the 23-year-old will rise to a new career high of No. 31.

“She played a great match, great tournament,” Sakkari said on court. “You’ve come a long way. I can remember when we were playing futures three, four years ago in Italy.”

Related Topics:Mihaela Buzarnescu
Up Next