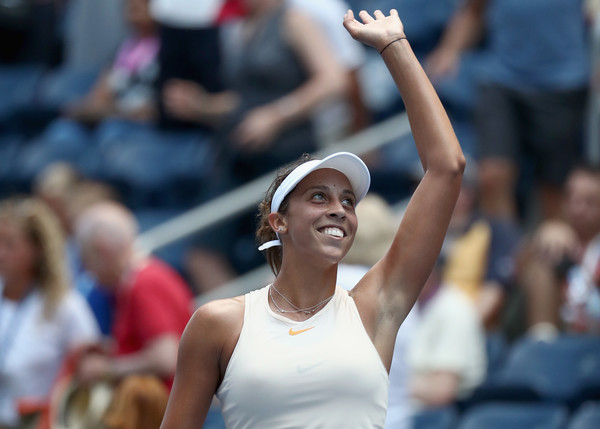 Madison Keys underlined her status as a contender to win US Open 2018 with a dominant 6-4 6-1 win over Bernarda Pera in the second round.

The American lost to her friend Sloane Stephens in last year’s final and looks to be in exactly the kind of form needed to repeat or even better that success.

Unsurprisingly, Keys is keen to do exactly that. “I’m feeling good that I made the final last year and I want to get there again,” she said in her on-court interview.

The World No.14 served superbly in the opening set and Pera did well to stay with her for the first seven games.

However, Keys began to exert pressure on the serve of her lower-ranked opponent in game eight by using her trademark huge groundstrokes and some clever varieties to great effect.

The higher-ranked American earned another break point in game ten and she forced Pera into an error to clinch the set 6-4.

The second set proved to be much more straightforward for Keys. She dominated on serve and attacked the World No.92’s serve at every opportunity. 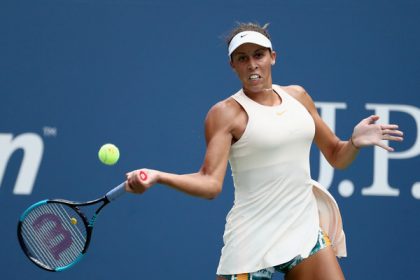 In the fourth game, she earned a break point when she followed a huge backhand down the line with an inside-out forehand winner. She did not take it, but Pera made an error two points later to hand the World No.14 the break.

It took Keys four tries to break again in the sixth game but, like the result of the match itself, it never looked in doubt. She then served for the match with relative ease.

Can Keys win the US Open?

The big-hitting American looks to be in superb form and she is definitely capable of taking home the title this year.

Keys has saved her best performances for the Grand Slams this year – she reached the French Open semi-final and the Australian Open quarter-final – and she is well-set to make a similar run at Flushing Meadows.

The ease with which she dispatched Pera is also encouraging as she found the lower-ranked American much tougher to beat during their three-set battle in Charleston earlier this year.

Keys will face Aleksandra Krunic in the next round after the Serbian took down Kirsten Flipkens 6-1 6-3.

If she wins that, she could face her first major test in the last 16 in the shape of Angelique Kerber. If she beats the German, as she did in Cincinnati a fortnight ago, then the sky is the limit.