Who Is Jason Jung? - UBITENNIS 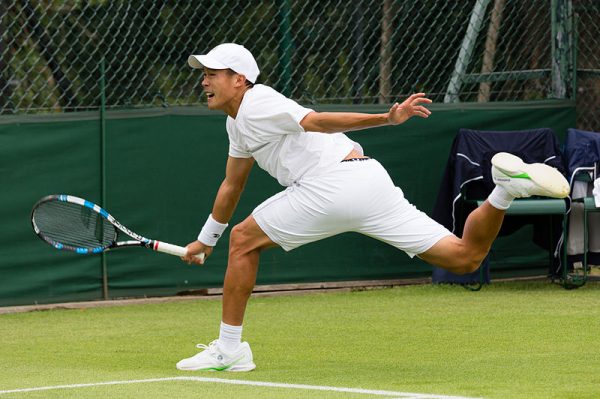 The Sunday afternoon before the beginning of the 132nd Wimbledon was one Jason Jung will never forget. Two-time Wimbledon champion Andy Murray made the decision that his surgically repaired right hip was not up to standing the test of having to play a five-set match and he withdrew from The Championships. The spot he vacated was given to Jung, making him the seventh Lucky Loser to earn a spot in 128 men’s singles draw.

Jung was, indeed, fortunate, having lost in the final round of the Qualifying to Thomas Fabbiano of Italy, 6-4, 6-2, 3-6, 6-3. With Murray’s departure, the 29-year-old, who was born in Torrance, California and still lives there, makes his initial Grand Slam tournament appearance. His best previous result in a qualifying event at a major (and he has played all of them) was reaching the second round at Roland Garros in 2015. That same year, he made the decision to represent Taiwan, the country where his parents, Shane and Shu, were born.

Growing up in Southern California, Jung numbered among the top junior players in the area and subsequently, in the US. His talent, along with the fact his parents had lived in the state when they first immigrated to America, led him to decide on attending the University of Michigan, (in Ann Arbor) in 2007. He had a very solid intercollegiate playing career, but was even more impressive in the classroom, receiving Academic All-Big Ten (University of Michigan is a member of the Big Ten conference.) honors on three occasions, and graduated with a degree in political science.

A “classy competitor”, as one intercollegiate tennis coach called him, Jung was captain of the men’s tennis team during his senior year, 2011. He received the ultimate accolade at the end of the season the – Intercollegiate Tennis Association (ITA)/Arthur Ashe Award for Leadership & Sportsmanship.

As far as memorable days go, yes indeed, Sunday, July 1, 2018 will forever be a fond recollection for Jason Jung.

Related Topics:Jason Jung
Up Next