US Open Series To Implement Warm-Up, Shot Clocks To ‘Increase The Pace Of Play’ - UBITENNIS 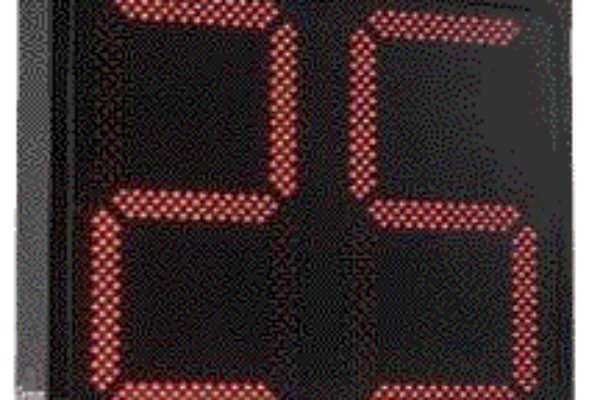 The upcoming US Open series will introduce a series of new initiatives aimed at speeding up matches following an agreement between three governing bodies.

A consultation process between the USTA, ATP and WTA have given the green light to a series of new rules to be implemented. Players in violation of these new regulations will be subjected to penalties from the umpire. They will be implemented at tournaments taking place in North America over the summer, including the US Open.

A Warm-up clock will be used to monitor how long players take prior to the match. As soon as players walk onto the court, they have 60 seconds before they must be at the net. Should they take longer than the allotted time, they could fact a post-match fine. Although it will not be classed as a time violation. Following the coin toss, another five-minute timer will be used to countdown the warm up. Players must be ready to play by the time the clock reaches zero or face a fine.

During matches, a shot clock will be used for players to monitor how long they take between points. They are allowed a maximum of 25 seconds under current rules. The countdown will be enforced in two different ways depending on what stage the match is at :-

After even-numbered games – The Chair Umpire will start the clock when the balls are all in place on the server’s end of the court. If the player has not started the service motion at the completion of the 25-second countdown, the Chair Umpire will issue a time violation.

The clocks will be visible for players to see, but tournament organisers are yet to determine where they will place them on the courts.

The new plans aren’t without its critics with one of the most vocal being 11-time French Open champion Rafael Nadal. The Spaniard has previously received numerous time violations the time he takes between points. Although, he insists that the clocks could damage the quality of rallies played on the tour.

“In terms of the sport, depends. If you want to see a quick game without thinking, well done.” He said following his first round win at Wimbledon.
“If you want to keep playing in a sport that you need to think, you need to play with more tactics, you want to have long and good rallies, then of course you are going the wrong way.
“But seems like sometimes is only about the business, so… I can’t support this, no. Because I don’t feel the matches that stay for the history of our sport went that quick.”

Novak Djokovic is less critical of the idea, but remain cautious. Asked about the possible use of the clocks at Wimbledon, the former world No.1 admitted that he was unsure about it.

“I know that they’ve tried it out last year in [US Open qualifiers],” Djokovic said. “It was not too many negative comments about it, but it’s quite different if you introduce that to the show courts and main draw, playing best-of-five.”

It is possible that the proposals to speed up matches could be applied to the entire ATP World Tour as early as next year.

List of tournaments that will implement the new rules

Related Topics:US Open Series
Up Next

The world No.12 is playing in the main draw of a major for only the fourth time in her career. 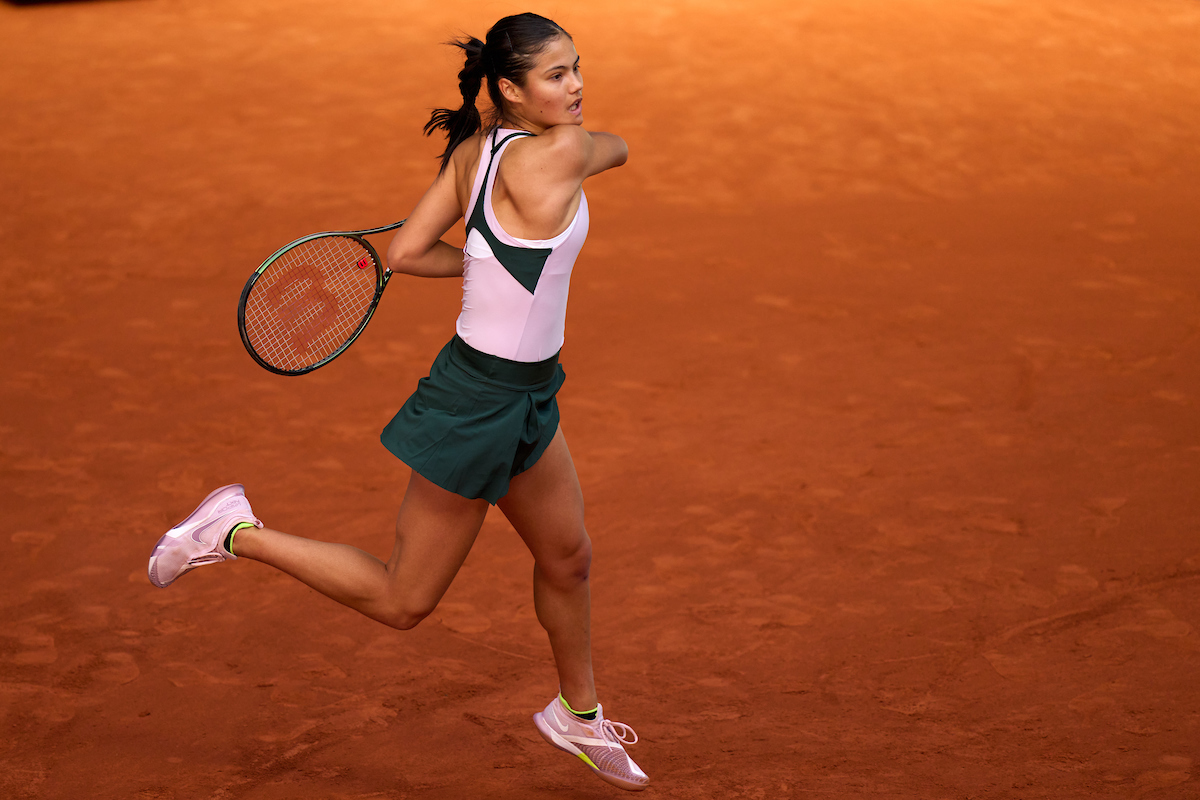 British No.1 Emma Raducanu says she ‘felt really good’ during her roller-coaster win in the first round of the French Open.

The reigning US Open champion was forced to comeback from a set down to oust Czech qualifier Linda Noskova 6-7(5), 7-5, 6-1, after more than two-and-a-half hours of play. Noskova won the French Open girls title 12 months ago. Raducanu was on the verge of suffering a shock loss after going down a break twice during the second set before fighting her way back to force the match into a decider which she won with relative ease.

“It’s definitely a tough match to get through, and I’m really, really happy with the way that I regrouped after losing a set 7-6, which is always tough, having had some chances,” Raducanu said afterwards.
“To fight back, I was really pleased.”

This season is the first time Raducanu has played in the main draw of the French Open as a professional player. She had previously featured in the junior competition four years ago where she lost in the second round to Denmark’s Clara Tauson. She has now played at least one match in all four major events.

Comparing the tournaments, the Brit says the ‘vibes’ she feels are similar to that of what she experienced at the US Open where she made history by becoming the first qualifier to win the title. In New York she won 10 matches in a row without dropping a set.

“I think that the French Open, I’d say it gives me similar vibes to the US Open just because of the crowd and just how involved they get. It’s a complete contrast to Wimbledon where it’s dead silent. You can actually hear a pin drop before you serve. It’s incredible,” she explains.
“It definitely took some getting used to, but when I went out there (on court), I was honestly just enjoying it, and I don’t take any of anything personally.
“You can actually say anything to me. So when I was on the court and you get people shouting things it didn’t really affect me at all.”

Noskova is the eighth player Raducanu has managed to defeat on the WTA Tour during what has been a mixed 2022 season so far. Heading into Paris, she has managed to win back-to-back matches in just two out of eight tournaments played. Part of the reason for the lopsided results has been physical issues with a back injury forcing her to retire from the Italian Open earlier this month.

However, the world No.12 is confident that her physical fitness is heading in the right direction. In recent months she has explored various training set ups and has gone through three different coaches. The latest being Torben Beltz who she ended her collaboration with after just five months together.

“I think that it is definitely improving,” she said of her physicality. “One thing that I have been doing in the lead-up for this week and the whole of last week, I was doing a lot in the gym, a lot before practice, after practice, just keeping all the muscles fired up. It’s something I probably haven’t really done before, train through tournaments.’
“I am pretty pleased with how I was out there physically, and I feel really good, to be honest.”

Raducanu, who is seeded 12th in the French Open draw, will take on Aliaksandra Sasnovich in the second round. 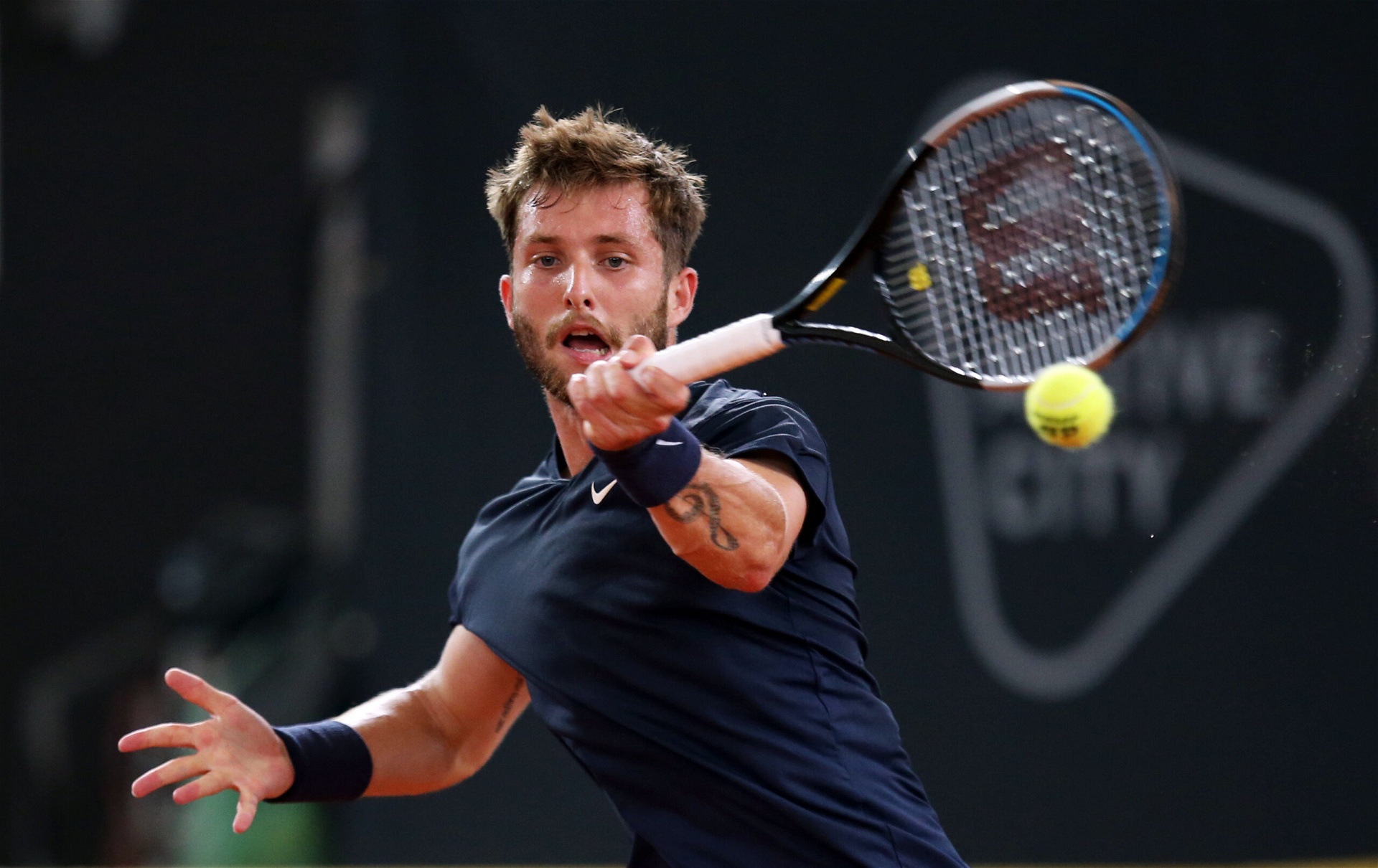 Moutet, who is making his fifth apperance at Roland Garros, had not won a match at the home Grand Slam since 2019.

Moutet leads 2-0 in his head-to-head matches against Wawrinka, who beat Djokovic in the French Open final in 2015. The Swiss player was playing in just his third tour-level tournament of the season after returning from injury last month.

Wawrinka broke twice in the fourth and eighth games to win the first set 6-2 in 28 minutes after two double faults from Moutet.

Moutet earned an early break in the third game to take a 2-1 lead. Wawrinka served to stay in the set at 3-5, but Moutet broke for the second time to seal the second set 6-3.

Moutet broke at love in the fourth game to take a 3-1 lead. Wawrinka saved two set points at 2-5 before breaking back in the ninth game to draw level to 5-5. Moutet earned four mini-breaks to win the tie-break 7-2.

Moutet won the final four games from 2-2 with two breaks to seal the fourth set 6-2.