Sloane Stephens Stunned By Vekic In Wimbledon First Round - UBITENNIS 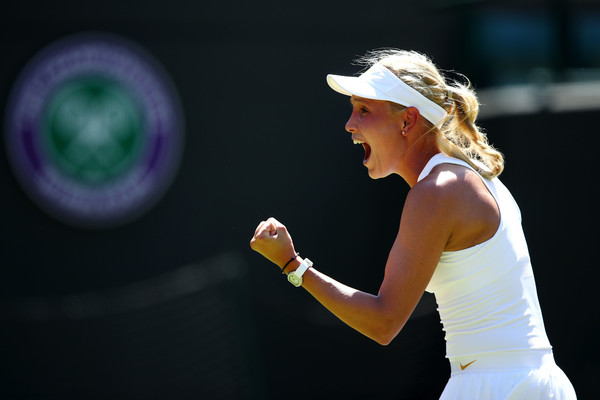 The American, 25, decided not to play any warm-up events on grass and it is a decision that has come back to haunt her.

Stephens looked rusty throughout her opening match at the All England Lawn Tennis Club and she was ruthlessly punished by Vekic.

In the weeks before Wimbledon, the Croatian reached the semi-final in Nottingham, took a set off Svitolina in Birmingham and made it to the second round in Eastbourne.

Thanks to that match practice, Vekic looked sharp and ready to take on the World No.4 on Court One.

After two comfortable holds, the Croatian got the first break of the match to move into a 3-1 lead. She then saved a break point in the next game to cement her advantage.

By this stage, Stephens looked a little lost and she made a succession of errors to hand Vekic a double break. The Croatian then quickly wrapped up the set with an easy hold. 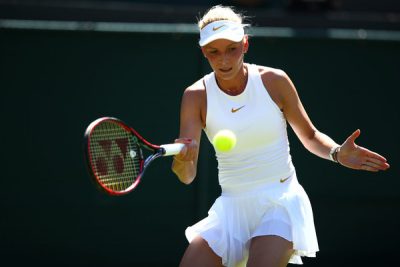 The American made a bright start to the second set as she produced some big winners to open up a 2-0 lead.

However, it proved to a false dawn for Stephens as Vekic fought back straight away with some excellent play of her own.

With the score at 2-2, the American knew she realistically had to hold to keep the contest alive. At the other end, the Croatian was keen to break to take total control of the match.

Consequently, game five was something of an epic game. It lasted nearly ten minutes, both players had chances to win it and Stephens saved five breaks points.

However, Vekic’s determination shone through and she produced some of her best tennis to keep the game going. And her efforts eventually paid off as she took her sixth break point.

Amazingly, the drama did not end there. Stephens broke back but then made a string of errors to lose her serve to love.

The Croatian then held to lead 5-3, before battling to another break in game nine to complete her first-ever win over a top ten player.

Caroline Wozniacki Strolls Into Wimbledon Round 2