Playing In The Rogers Cup Could Have Affected Roger Federer’s US Open Bid, Says Coach - UBITENNIS 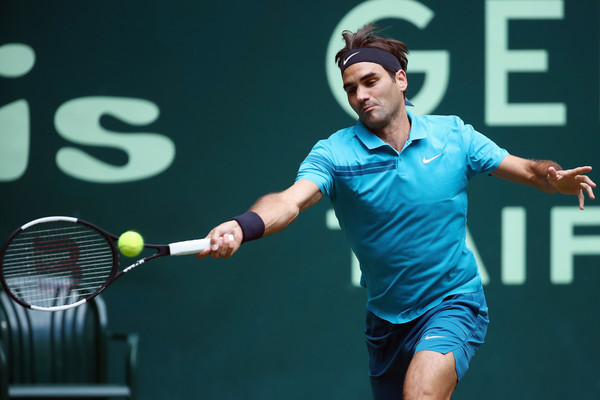 The long-term mentor of Roger Federer, Severin Luthi, has defended his decision to withdraw from next week’s Rogers Cup in Montreal.

Federer, 36, has pulled out of the Masters 1000 event to ease his scheduling commitments. The world No.2 has only played seven events this year on the ATP World Tour. Federer has said his reduced schedule has been applied to aid his longevity on the tour. He is the oldest player in the top 50 on the ATP World Tour this week.

The decision taken by the Swiss player has been backed by his coach Luthi. Who has been a member of his team since 2007. During an interview with Tages Anzeiger, Luthi said that if Federer did play in Canada next week, it could have had a negative impact on his US Open campaign. The final grand slam of 2018 will get underway on August 27th.

“Would it be an advantage for him to play two tournaments before the US Open… not in my opinion,” said Luthi. “Of course some people will say what if he falls in the first round of Cincinnati, but the most important thing for him is that he is fresh, motivated, inspired… with all his experience, he does not need 25 tournaments before a Grand Slam.”

Playing only one hard court tournament in North America prior to the New York major is by no means an unfamiliar scenario for Federer. He also did the same in 2015 and 2017. The last time he played both the Canadian and Cincinnati Masters within the same season was back in 2014. An approach Luthi admits that should have been applied during the grass season.

“In some circumstances it might have been smarter, following Stuttgart, to skip Halle before Wimbledon,” he said. “But in retrospect, you know better and better. I really don’t think it would be an advantage to play both Toronto, and Cincinnati. It might even be a disadvantage.”

Luthi believed the 20-time grand slam champion was too ‘conservative’ during his Wimbledon run. At The All England Club, Federer suffered a shock loss to Kevin Anderson in the quarter-finals on Court One. Losing 13-11 in the final set. It was the first time he failed to reach the last four of the tournament since his second round defeat to Sergiy Stakhovsky back in 2013.

“Roger was too often behind the baseline, which is unusual, and Anderson began to dominate, launched by his serving,” Luthi evaluated.
“Court No. 1 was definitely not an advantage — the sun comes differently into the stadium, as does the wind. “But Roger is not someone who is looking for excuses in retrospect. He did not mention it either. Conversely, his opponents have the disadvantage that he was played a lot of times on Centre Court. It was probably a combination of things.”

Speculation mounted after his loss to Anderson that Federer was suffering from some sort of injury. A theory that he been dismissed by Luthi, who says the world No.2 is in good health.

“No no. There were no problems, there is nothing, all good,” he replied when asked.

Federer is set to return to action at the Cincinnati Masters, which will get underway on August 13th.