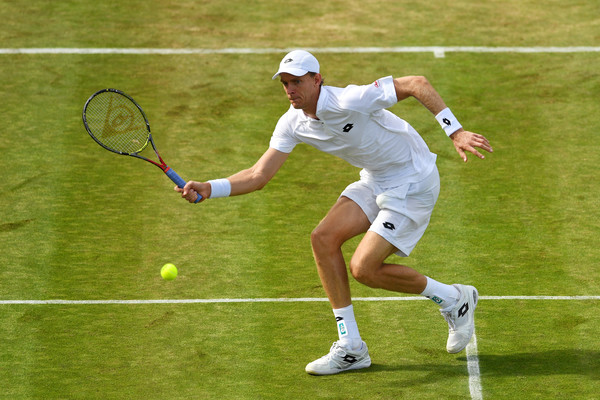 When he was told that Madison Keys finds matches involving the big servers in the men’s game “kind of boring”, Kevin Anderson defended players who fit that description.

“I look at the numbers, I feel like it’s very exciting,” he said. “There are a lot of people watching men’s tennis right now.”

He continued, “I think people enjoy seeing different people playing. Some of the taller guys, like Cilic, Del Potro, myself, I feel like we have a lot of baseline exchanges.”

However, the South African did accept the importance of serving. He said, “On the men’s side, service definitely dominates the game. It’s one of the primary shots.”

“But at the same time, if you look at some of the best in terms of results over the last couple of years, (those) guys return very well. So I think it’s sometimes very interesting to see those battles that take place between good servers and good returners.”

He continued, “Wimbledon tried to slow down the grass courts a while ago. If you look at the days of Sampras, Krajicek, Ivanisevic, they were almost more dominant on serves in terms of less rallies. And I don’t think anybody was complaining about the quality of men’s tennis during the ’90s.” 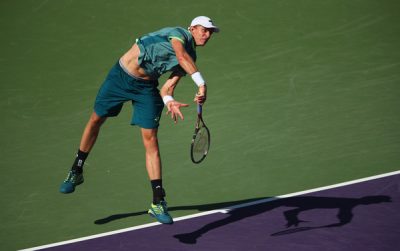 Anderson also believes many of the current generation of tall men are better movers than those from previous decades.

“I think taller guys are moving better and better and you see more guys feeling comfortable from the back,” he said.

“A while ago if you were tall it was an automatic serve and volley. (Those players) didn’t want to stay in baseline exchanges. I feel like that’s definitely changed.”

The World No.8 continued, “When you see other guys doing it, (you think) if he can do it so can I.”

“I have played my whole life from the back. I’ve only moved forward later in my career, and I feel very comfortable from the baseline.”

In conclusion, Anderson said, “There is definitely a big contrast between the taller guys and the guys who aren’t as tall. There are some great athletes, but I think it definitely makes for some interesting tennis.”

The South African’s comments came in response to what Keys said when she was asked whether she liked watching the big servers in men’s tennis. Here is what the American said in full:

Nick Kyrgios Steps Up To Take Down Haase